Slovakia is still discriminating against Roma children by placing them in segregated schools, despite the threat of fines from the European Union.

Almost two years ago, the European Commission launched infringement proceedings, or legal action for breeching EU discrimination laws, against Slovakia for its discrimination in education.

According to a report released today (1 March) from Amnesty International and the European Roma Rights Centre (ERRC), Romani children in Slovakia are routinely assessed as having “mild mental disabilities” and are then sent to special schools where they receive inferior education.

“Romani children in Slovakia are being failed by a discriminatory primary school system which continues to segregate them and seriously hinder their education, condemning them to lives of poverty and exclusion,” the report said.

ERRC President Ðorðe Jovanoviæ said Slovakia’s failure to address ingrained prejudices within its education system means Romani children stand less of a chance from the minute they step in the classroom.

“[They] remain trapped in a vicious cycle of poverty, marginalization and despair,” Jovanoviæ added.

Amnesty International and the ERRC are urging the European Commission to push Slovakia to align its policies with EU law on race discrimination, by issuing a ‘reasoned opinion’ against Slovakia, which is the final step before taking them to court.

The executive said that combatting discrimination against the Roma in Slovakia is a high priority.

“While the Commission recognises that Slovakia has modified its legislation to comply with EU law, it still needs to demonstrate that the problem has been resolved on the ground. The Commission is currently assessing the next steps on this issue,” a Commission spokesperson said.

The report, which focused four locations in eastern Slovakia, revealed that Romani children are being placed in Roma-only schools or classes, or “special” schools and classes for children with mental disabilities.

Researchers found a pattern of cultural bias among those responsible for placing children in special schools, which resulted in the misdiagnosis of dozens of Romani children.

Although discrimination in general has decreased on the European continent in the past years, discrimination based on ethnic origin it is still perceived as widespread, with Roma in particular facing high levels of prejudice, according to a new Eurobarometer.

In one of the locations researchers visited, around one third of Romani children had been diagnosed with a “mild mental disability.”

One Romani mother described her shock when her son, who was judged by a psychologist to be “very clever,” was placed in a special school without explanation.

These classes and schools have a reduced curriculum and provide limited career opportunities for the children subjected to them.

“The education that Romani pupils receive at special schools and in segregated classes is of such poor quality that very few are equipped to continue their schooling beyond the age of 16,” the report said.

A contributing factor to segregation, the report said, is the fact that non-Roma parents often remove their children from schools that are perceived to have too many Romani children.

Slovak authorities reported that they have no plans to or policies in place to tackle this phenomenon, known as “white flight”.

The discrimination doesn’t stop at the parents, the report said. One teacher called the Roma school she worked in “a little zoo.”

“All of them want to be teachers or doctors, it’s a huge difference between what they fancy to be and how they end up eventually. Although the older ones, especially boys, are more realistic and end up being bricklayers,” another teacher added.

European Commissioner for Education and Culture Androulla Vassiliou has sharply criticised the authorities in the Slovak city of Košice for constructing a wall to segregate the city's Roma community.

In one of the locations investigated, Romani boys were enrolled at a private secondary vocational school run by a nearby manufacturing company. The boys said they spend most of their time putting together electric plugs, which the company then sells.

Girls at the school are offered “practical woman” lessons, which are part of a nationwide programme where Romani girls are taught to become “good housewives.”

Parents described how children at special schools are often not allowed to bring textbooks home and are routinely not given any homework.

Several parents said their children were often instructed to draw during Slovak language classes— and the father of one 17-year-old boy told researchers that when his son finished at the special school he was unable to read, write or speak Slovak.

“The education system in Slovakia is stacked against Romani children from the start, setting them on depressingly narrow trajectory that only serves to exacerbate and perpetuate prejudice and racism towards Roma,” said John Dalhuisen, Europe and Central Asia Director at Amnesty International.

“The segregation of Romani children is not only disturbing, it is unlawful. It is this, and not the hefty EU fines that will otherwise surely come their way, that should be motivating the Slovak authorities to put a stop to it.”

euractiv.com asked the Permanent Representative of Slovakia to the EU for comment this morning. This story will be updated once the comment is received. 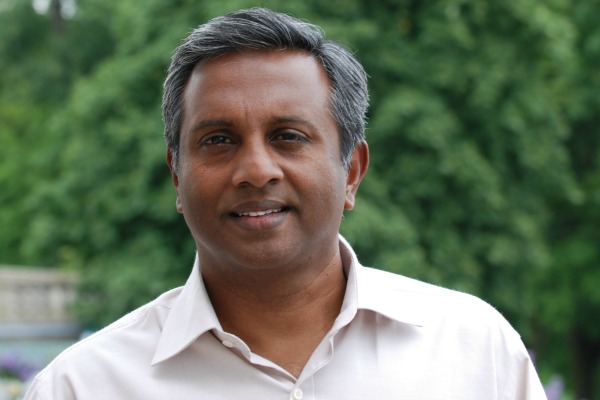 Infringement procedures are action against a member state that breaks EU law. It begins with a request for information to the member state concerned, which must be answered within a specified period, usually two months.

If member states fail to act within two months, the Commission may decide to take the matter to the European Court Justice. EU court action can take several years and may result in fines.

One response to “Slovakia continues to allow discrimination against Roma children”