Slovenia said on Wednesday (12 July) it may turn to the European Commission for help in implementing a recent international ruling on its border with fellow EU member Croatia.

The Hague Permanent Court of Arbitration ruled last month that Slovenia should have “uninterrupted access” to international waters in the Adriatic Sea. Croatia rejected the ruling, saying it had withdrawn from the arbitration process in 2015 because it had been “contaminated”.

“We are likely to turn to the European Commission for advice, cooperation, but only if we (Slovenia and Croatia) fail to find a common path to a solution,” Prime Minister Miro Cerar told a news conference after meeting Croatian counterpart Andrej Plenković.

The issue goes back to 1991 when Slovenia and Croatia both declared independence from the former Yugoslavia but differed over their land and sea borders.

The court’s ruling is final and binding but Plenković said Croatia does not consider it valid as the country abandoned the arbitration process after a leaked tape showed a Slovenian judge on the panel improperly exchanging confidential information with the Ljubljana government.

Plenković said Croatia was ready to hold direct talks in order to reach a bilateral agreement on the border line between the two countries. “We want to put together a catalogue of all open issues at our next meeting in September,” Plenković said.

According to the court, the two countries have six months to implement the ruling. It is not clear what action the Commission, which had said it expected the ruling to be implemented, could take to facilitate the process. 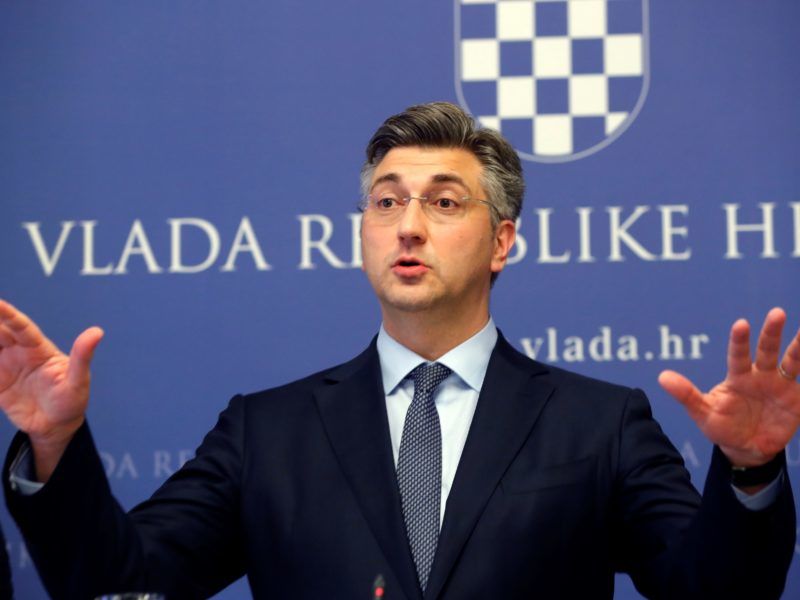 Croatian Prime Minister Andrej Plenković took a defiant stance against the European Commission on Wednesday (5 July), telling Brussels to refrain from meddling in Zagreb’s border dispute with Slovenia because “it has no competencies for border issues”.