Social media watchdog: Twitter is the gateway drug for extremists 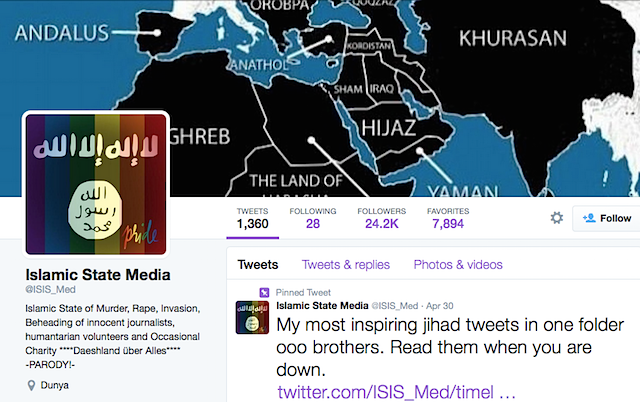 Twitter is turning a blind eye to the extremists who use the platform to recruit, according to the Counter Extremism Project (CEP).

CEP started a European branch on Monday (29 June) and says it will continue targeting extremists’ activity on social media here. The group was founded last September in the US, where it focuses its attention on extremist activity on Twitter.

Led by a group of former US government officials, CEP has partnered with August Hanning, former director of Germany’s intelligence service BND, and the NGO European Foundation for Democracy for its work in Europe, based out of Berlin and Brussels.

CEP is a non-profit organisation, but CEO and former US Ambassador Mark Wallace wouldn’t comment on the funding propping it up, citing the need to shield donors from threats.

In Europe, Twitter will remain at the centre of the group’s work. CEP says it will monitor accounts in English, German, French, Italian and Turkish and send the company requests to remove users it says are promoting extremism.

Wallace says Twitter stands out as the social media company with the worst track record on taking down extremists’ accounts, calling the website the “gateway drug” where radicals attract recruits before moving their exchanges onto other platforms like WhatsApp and Snapchat.

“Twitter is the most obvious and egregious actor in the social media space,” Wallace said on Monday in Brussels.

Wallace says other social media platforms have policies outlining their measures against extremist users. Twitter, he argues, has largely ignored the growing number of ISIS members who use the site.

“We think responsible governments, legislatures, parliaments around the world should consider what kind of punishments, penalties and liabilities may discourage those social media companies that aren’t partners for a solution and rather turn their head away solely for profit rather than responsibility.”

>>Read: Anti-terrorist measures in EU go in all directions

Twitter, Facebook, Google and Snapchat publish biannual transparency reports, but those detail governments’ requests to remove user accounts or posts. Since CEP is a non-profit organisation, it isn’t included in the data published in those company reports.

A Twitter spokesperson said in an emailed statement that the company reviews all reports suggesting violent threats and the promotion of terrorism, which are against Twitter’s rules.

CEP said Twitter took several weeks to respond to their initial requests and removed a French account on 29 June, six days after the organisation asked for the company to take it down.

Ben Wagner, director of the Germany-based Centre for Internet & Human Rights, told EURACTIV, “Transparency is often weak in these kinds of measures.” A major challenge is “ensuring maximum transparency in which content is being flagged and which accounts are being asked to be taken down.”

Since CEP started up last September, the organisation credits to its successes exposing a funder of Hezbollah, resulting in his deportation from Gambia.

The United States has listed Hezbollah as a terrorist organisation since 1997, while the organisation was only added to the EU’s terrorist list in 2013.

Some intelligence experts say social media accounts give governments an easier route to information about violent extremist groups like ISIS.

But CEP’s leaders say extremists on social media pose an immediate danger as long as they’re recruiting followers. “You should think of a Twitter account in the hands of these jihadis as no different than any other weapon: an AK47, a bomb,” said Wallace.

According to the “CEP Europe Guide” handed out at its Brussels launch, the organisation will address groups ranging from right-wing extremists in Hungary and Germany to ISIS.

In Europe, Turkish-language social media accounts will be on CEP’s radar, since, as the project organisers stress, Turkey is a major transit country for ISIS recruits en route from western Europe to Syria.

The European Council’s counter-terrorism coordinator Gilles de Kerchove told AFP earlier this month that 4,000 Europeans have traveled to Syria to fight with ISIS.

The European Union has pledged closer cooperation in the fight against terrorism following the killing at Charlie Hebdo in Paris last January.

One key issue still being discussed is a proposal for EU states to share records of air passengers – or PNR – a measure that has been held up in the European Parliament over privacy concerns.