It comes after mass protests in Poland last autumn, after an attempt to legislate against abortion, where largely-Catholic Poland already has some of the toughest restrictions in the EU.

That would largely render the pill pointless, as to work it needs to be taken immediately.

The morning-after pill was only made over-the-counter in 2015, in accordance with EU law, by the previous, Civic Platform government, lending credence to the S&D position that it represents an attack on womens’ reproductive rights by the current government.

Iratxe Garcia Perez, the spokeswoman on women’s rights and gender equality, said: “Today – again – we stand together with Polish women against the new government’s proposal to drastically restrict access to oral contraception and the morning-after pill, which until now has been available over the counter.

“We call on the Polish parliament to reject this proposal, which is not only detrimental to women’s health, but also to their choice.”

A spokeswoman for the S&D accused the Polish government of “hypocrisy”, saying “On the one hand [the government] wished to reduce the number of abortion carried out in the country, while, on the other hand, limits access to contraceptive pills meant to prevent undesired pregnancies and avert abortions.”

The S&D group is the second largest in the European parliament.

PiS returned to ruling Poland after the 2015 elections, with 216 seats in the Sejm. It is socially conservative, with strong links to the Catholic church, and strongest in the east of Poland.

On abortion, along with Malta and Ireland, Poland is an outlier within the EU, with the operation effectively banned, except in cases of rape, incest or when it is a fatal threat to a mother’s health.

In October 2016, a citizen’s petition reached 450,000 for a virtually complete ban on abortion, with a five-year prison term for mothers and also punishments for doctors performing abortions.

The only exemption was to have been where the mother’s life was in imminent danger.

Although not a government initiative, many PiS figures backed the ban, but protests around 100,000 strong by Polish women on 3 October prompted a rethink.

Many held coat hangers, as a sign that making abortion entirely illegal would force pregnant women into dangerous backstreet abortions.

That attempted tightening of abortion law in Poland, plus the move by President Donald Trump ban US aid funding for NGOs that provide or promote abortion as part of family planning advice, led S&D MEPs to call for greater backing from the Council of Ministers in supporting women’s right to choose.

Ahead of a UN event taking place in March, the 61st UN Commission on the Status of Women, the S&D resolution calls on member states governments to stress the need for equal access to education, healthcare and…the fight against gender-based violence.”

GUE/NGL Coordinator on the European Parliament's Committee on Women's Rights and Gender Equality, Malin Björk: "I am deeply concerned that the Polish government continues its vicious attacks on women's rights. The government needs to wake up. It is 2017 and women should have the right to decide over their own bodies and their own sexuality."

"We stand firmly by the side of Polish women and girls, and we will react to every action, project or law proposal that would negatively influence international progress on sexual and reproductive health and rights." 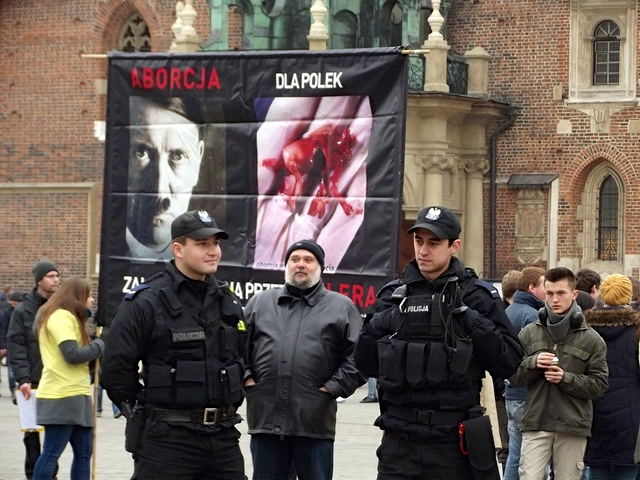