Funded in partnership with MSF, the Ocean Viking has 31 people on board, including 13 search and rescue team members from SOS Méditerranée, nine MSF staff and nine marine crew. [@SOSMedIntl Twitter]

The Norwegian-flagged Ocean Viking will “conduct search and rescue activities in the central Mediterranean” for SOS Méditerranée and Doctors Without Borders (known by its French initials MSF), the group said in a statement.

“As people are still fleeing Libya on one of the most perilous sea crossings in the world, and with almost no available rescue assets present in the central Mediterranean, it has been an imperative for both SOS Méditerranée and MSF to return at sea following the ending of their operations with the Aquarius in December 2018.”

After nearly three years of operations in which it rescued some 30,000 migrants, the Aquarius was forced to cease operations because of what the group said was obstruction by some European countries.

The International Organization for Migration says at least 426 people have died trying to cross the central Mediterranean this year.

SOS Méditerranée said the migrants were attempting “to escape the escalating conflict in Libya and the deplorable conditions of Libyan detention centres”.

The new operation comes a month after the arrest in Italy of Carola Rackete, the German captain of the Sea-Watch 3, for docking without permission to land rescued migrants. 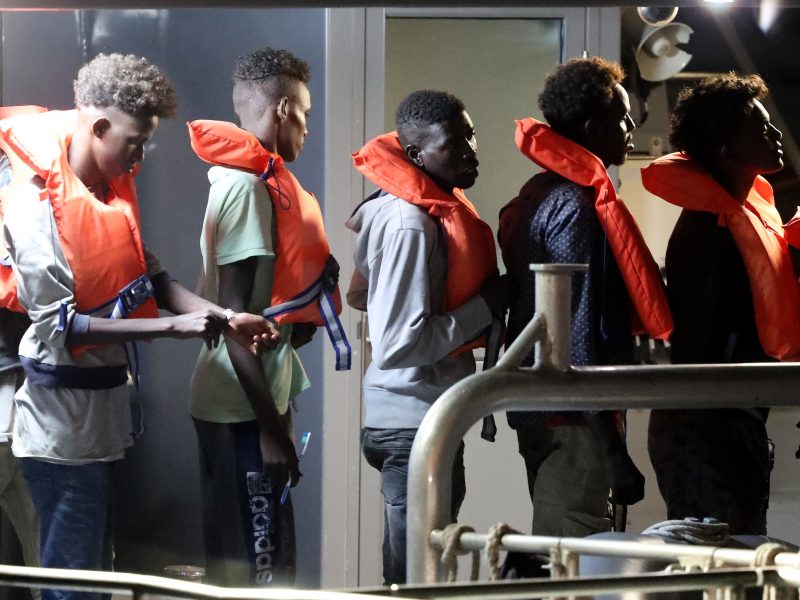 Malta’s prime minister said Sunday (7 July) his country would relocate to other EU nations 65 migrants from the Alan Kurdi rescue ship, after two other boats defied efforts to stop them landing in neighbouring Italy.

Rackete was held for several days after the Sea-Watch 3 hit an Italian police speedboat while entering the port of Lampedusa island despite being banned from entering Italian waters.

She argued that she was compelled to avert a human tragedy and bring ashore 40 migrants who had been rescued in the Mediterranean on  12 June.

“For a year now we have been witnessing a deterioration in the European Union’s response in the evolving human tragedy in the central Mediterranean,” said the head of operations at SOS Méditerranée, Frédéric Penard.

EU states have “continued a harsh campaign of criminalisation against civil society rescue ships and most importantly, there is still no coordinated, sustainable and shared mechanism of disembarkation in accordance with maritime law”.

He told AFP the Ocean Viking would not enter Libyan territorial waters.

⚡[BREAKING]⚡SOS MEDITERRANEE is going back at sea with its new ship, the #OceanViking, and its partner @MSF_Sea. Now more than ever, we call on the support of European citizens to allow for us to fulfill our life-saving mission. #BackAtSea https://t.co/URiBcjMbOV

“Our presence at sea is to save lives. We hope that the countries will understand and join with us as there is no other solution in the central Mediterranean.

“To say that it’s the rescue vessels that are encouraging (migrant) crossing is false. Even without the boats, the departures continue and huge numbers of drownings are reported.”

MSF’s head of mission for Libya and Mediterranean search and rescue operations, Sam Turner, said it should not be the role of NGOs to rescue the migrants.

“We as NGOs, it’s not necessarily our role or purpose to be fulfilling this function. We only have to step in due to the neglect of states around the European coast,” Turner told AFP.

He said countries should allow NGOs “to conduct their life-saving activities without interference or harassment.”

Once rescued, people should be “disembarked (and) registered” and then the relevant country should “take up their responsibility in terms of providing assistance to these people,” Turner said.

Funded in partnership with MSF, the Ocean Viking has 31 people on board, including 13 search and rescue team members from SOS Méditerranée, nine MSF staff and nine marine crew.

Libya, which has been wracked by chaos since the 2011 uprising that killed president Muamar Gaddafi, has long been a major transit route for migrants, especially from sub-Saharan Africa, desperate to reach Europe.

Italy has become increasingly hardline against accepting undocumented migrants on its territory under a populist government.

Interior Minister Matteo Salvini has been outspoken about the burden Italy has had to bear, being the point of entry for many migrants arriving by sea while the rest of the EU is divided on attempts to redistribute asylum-seekers among member states.

“Enough of making choices only in Paris and Berlin. Italy is no longer willing to accept all the migrants that arrive in Europe,” he wrote, accompanied by a letter sent to his French counterpart.

“France and Germany cannot decide migration policy by ignoring the demands of the most exposed countries such as us and Malta,” the far-right minister wrote.