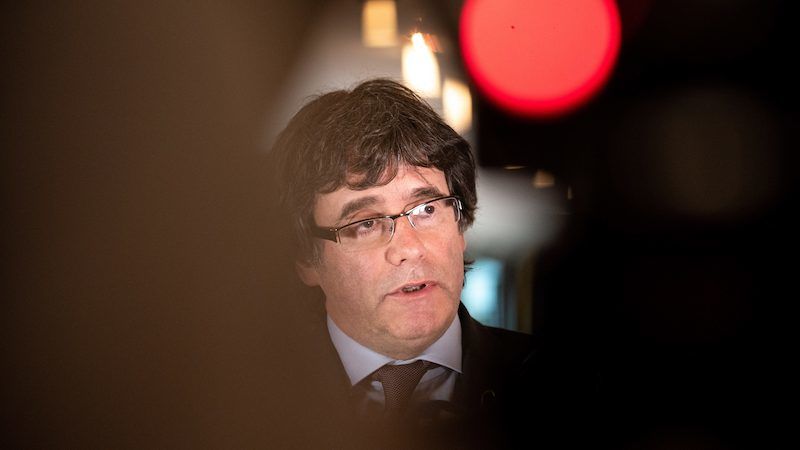 The move demonstrates the difficulty Spain has faced in trying to persuade its European Union partners to help it bring former members of Catalonia’s regional government to trial for holding a referendum on a split from Spain.

Puigdemont’s regional government held the vote last year in defiance of a Spanish court that had ruled it illegal. After the vote, the Catalan regional authorities declared independence, prompting Madrid to impose direct rule, fire the region’s government and hold new elections there.

Several members of Puigdemont’s former cabinet are now in jail in Madrid facing rebellion charges, while he and several others are scattered across Europe, where they so far have successfully avoided Spanish efforts to have them sent home.

A German court ruled a week ago that Puigdemont, 55, could be extradited to Spain to face a separate charge for misuse of public funds, but not for the rebellion charge. Under European law, that means Spain would have been barred from trying him on the more serious charge if the extradition were to proceed. 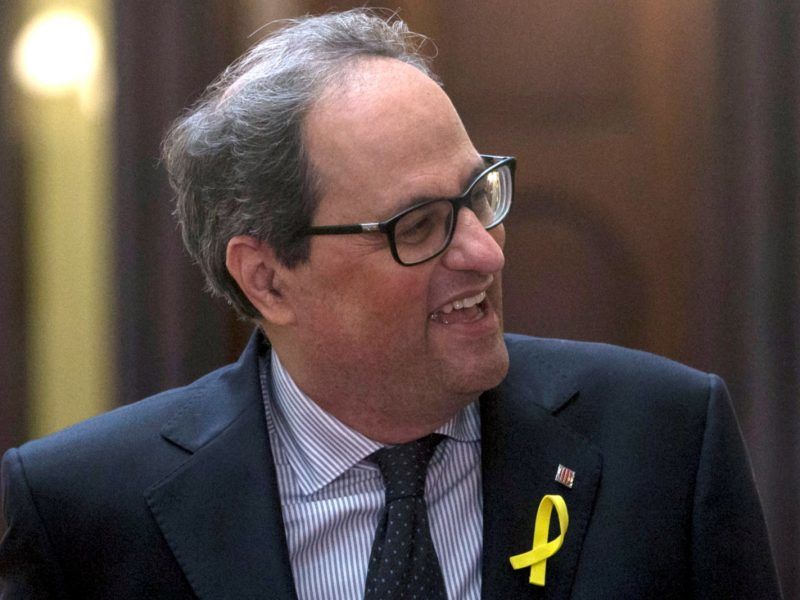 The charges against Puigdemont and the five others remain in place despite the lifting of the European warrants, meaning they would be arrested if they return to Spain.

Aamer Anwar, a lawyer for one of the other figures whose warrant was lifted, former Catalan Education Minister Clara Ponsati who is now a university professor in Scotland, said: “It’s excellent news, with regards to my client Clara Ponsati, and obviously for Puigdemont… but we tread cautiously.”

“The question that arises is whether the Spanish government are willing to allow Mr Puigdemont to simply return back to Catalonia and declare independence… I suspect not.”

The Spanish judge overseeing the case, Pablo Llanera, chided the German court for rejecting extradition for rebellion, saying it had shown a lack of commitment to the case and undermined the Spanish Supreme Court’s powers.

It is the second time Spain has revoked the arrest warrant for Puigdemont since he went into self-exile when his independence bid for Catalonia collapsed last year. 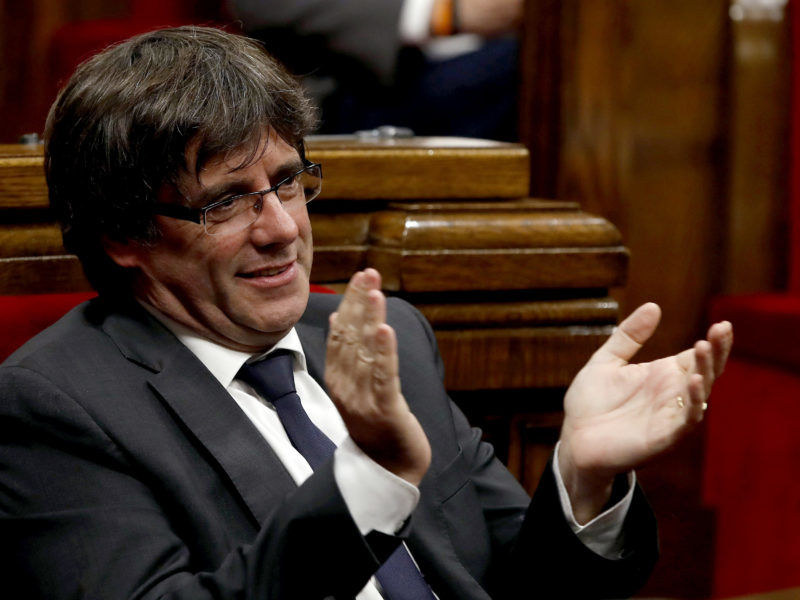 Puigdemont initially travelled to Belgium where the prospect of charges being restricted led Spain to drop an arrest warrant in December. The judge reissued it later, causing Germany to arrest Puigdemont when he travelled there in April.

Six other Catalan politicians are being held in custody on rebellion charges that carry a potential 30 year sentence. Madrid would consider it unacceptable for Puigdemont to face only the lesser charges of misuse of public funds, which carry a maximum eight year jail term.

Since the Catalonia crisis of last year, Spain’s Conservative government which took a hard line has been replaced by a Socialist government. New Prime Minister Pedro Sanchez has met Puigdemont’s successor – fervent separatist Quim Torra – in a thawing of relations between Madrid and Barcelona. However, Sanchez has reiterated that any referendum on independence by Catalonia is illegal and against the Spanish constitution.

The Spanish government has no influence over judicial decisions in the ongoing criminal cases.