Sánchez: "The moment has come to re-activate the dialogue at the moment where our paths diverged". [EPA/ALBERTO ESTEVEZ]

“The moment has come to re-activate the dialogue at a moment when our paths diverged,” Sánchez said after meeting Torra in Barcelona’s Generalitat Palace where the  Catalan regional government is seated.

Sánchez said he was ready to start a “sincere, frank and transparent” dialogue with Torra,  while respecting the red lines of the Spanish Constitution.

But Sánchez rejected Torra’s demand to appoint a “mediator” in the talks, saying that “the mediator will be the 47 million Spaniards, who will be informed about all the details” of their dialogue. 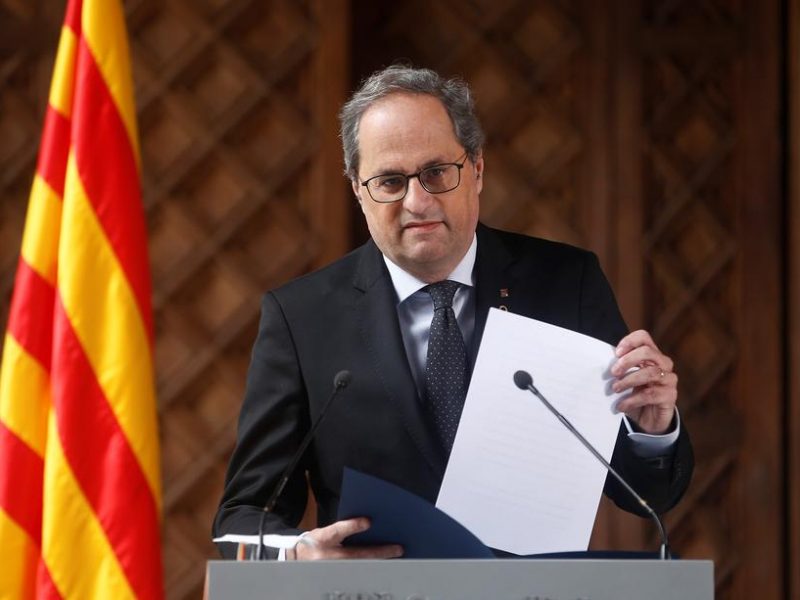 Sánchez said he was also considering to re-open the dialogue in the “bilateral committee  Spanish State-Generalitat” and debate in that framework a transfer of some extra competences now in the hands of the Spanish central state to the Generalitat.

However, it appears no progress was made on the most sensitive points: a future “independent” Catalonia, the right to self-determination for the approximately 7 million Catalans, and the “end of repression” against “political prisoners”, as Catalan separatists describe them.

Speaking after the meeting, Torra said: “He (Sánchez) told me that his proposal for a solution is more about self-governing,” a term that refers to the preservation of Catalonia’s current status as an autonomous region under the Spanish constitution.

“And I had no answer about the end of the repression,” Torra said.