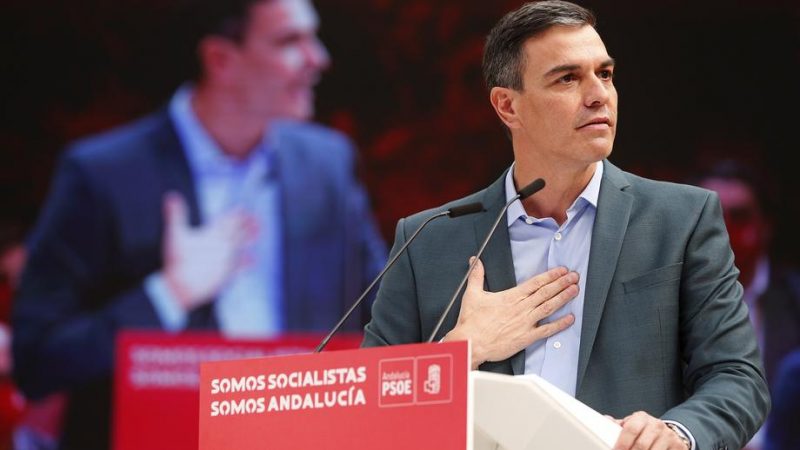 Two years after he was elected on 10 November and after leaving behind two states of alarm, Spain is slowly going back to a “new normal” life, after a devastating pandemic (with over 90,000 officially confirmed COVID-19-related deaths), EURACTIV’s partner EFE reported. [EPA-EFE/JORGE ZAPATA]

Spain’s socialist Prime Minister Pedro Sánchez starts the second half of his term in office on Wednesday (10 November) amid growing confidence that his ruling coalition with the left-wing Unidas Podemos (United We Can) will last until the end of 2023.

Two years after his election victory in November 2019, Sánchez is now confident in the approval of the 2022 budget, a full exit of the COVID-19 crisis, and optimistic about the future of his coalition.

While other EU nations are still suffering the effects of the pandemic, Spain is slowly going back to a “new normal” after a devastating pandemic which caused 90,000 confirmed COVID-19-related deaths, EURACTIV’s partner EFE reports.

Over 80% of the Spanish population have had two COVID vaccines, and – according to some experts – the Iberian country may have reached herd immunity, as The Lancet reported.

Despite tensions between the two coalition partners – the socialist PSOE and left-wing Unidas Podemos – over labour reform and other political “hot potatoes”, the progressive pact has survived and, according to official sources quoted by EFE, Sánchez has now no doubt that it will remain in force until he calls new elections scheduled at the end of 2023.

The new budget and Catalonia

The Catalan regional government, and its president Pere Aragonès, maintain an active political strategy for an independence referendum, but at the same time take part in the dialogue table (“Mesa de Diálogo”) with the government.

The Spanish government has repeatedly said that no dialogue with Catalan or any other pro-independence movements are possible outside the framework of the Constitution.

Elsewhere, Sanchez’s government faces soaring energy prices, high inflation, a new dispute between the coalition partners over the health law, and debate on the sustainability of pensions.