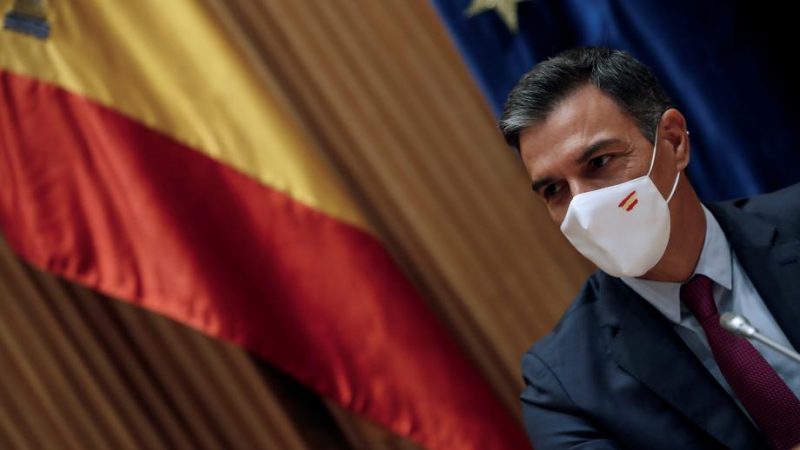 Asked about his expectations, Sánchez said that he strongly believed in "dialogue" to solve the political crisis with Catalonia. "The situation is now more stable than in 2017", the Spanish PM stressed. [EPA-EFE/Javier Lizon]

On Tuesday (September 13) night, Sánchez confirmed the date of the meeting in an exclusive interview with Spain’s public radio and television (RTVE).

Asked about his expectations, Sánchez said that he strongly believed in “dialogue” to solve the political crisis with Catalonia. “The situation is now more stable than in 2017”, the Spanish PM stressed.

Sánchez clearly ruled-out any possibility for the Catalan government (the “Generalitat”) to organise a pro-independence referendum.

The Spanish government has made clear on several occasions that it is ready to discuss a variety of political topics with the Catalan executive but strictly in the framework of the Spanish Constitution.

In the interview with RTVE, Sánchez added that in his view, top priorities for the Catalans are now easing the impact of the economic crisis after the COVID-19 pandemic and making the most out of the EU recovery funds to modernise Catalonia and the rest of the country.

A referendum on Catalonia’s independence held on 1 October 2017 was declared that year illegal by Spain’s Constitutional Court. About 90% of Catalan voters backed independence, but the turnout reached only 43%. The Catalan parliament then declared “independence” unilaterally.

Last June, nine Catalan separatists were released from prison after their sentences for their role in the banned pro-independence referendum were commuted by Spain’s socialist-led coalition government.

They were more than three years into sentences of between nine and 13 years for sedition and misuse of public funds, including pretrial detention.

The Catalan regional executive is a pro-independence coalition forged by Esquerra Republicana (Republican Left of Catalonia, ERC) and Junts per Catalunya (Together for Catalonia, JxCat).