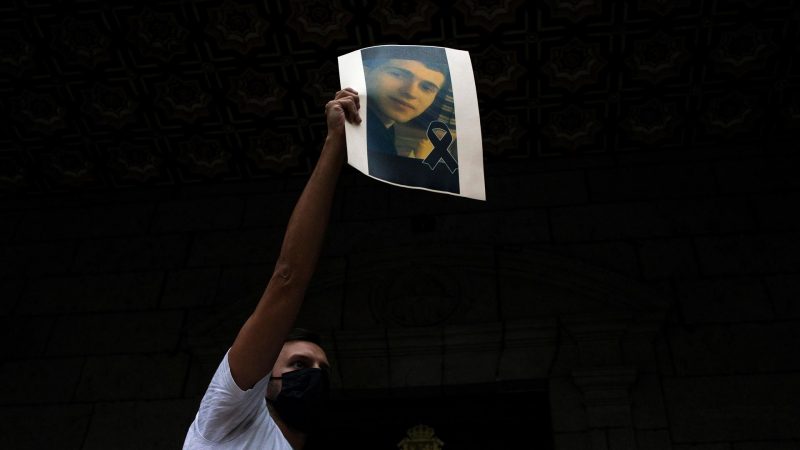 Police are still investigating how the assault began and whether it was driven by homophobia.  [EFE/Brais Lorenzo]

Spanish police have arrested three people over their alleged involvement in the killing of a 24-year-old man who was beaten to death in the early hours of last Saturday near a nightclub, EURACTIV’s partner EFE reports.

The three suspects are two men and a woman between the ages of 20 and 25 years old, residents of Spain’s northern city A Coruña, where the man was assaulted.

“The investigation remains open until the facts are fully clarified. Further arrests are not ruled out in the coming hours,” Spain’s national police service said in a statement on Tuesday.

The killing of the young man in what LGBTQI+ groups say was a homophobic attack sparked a wave of protests across the country on Monday.

The 24-year-old was brutally beaten up by a group of people who assaulted him while he was on a video call with a friend, who witnessed the attack via phone.

The victim, who worked as a nursing assistant at a local foundation, suffered severe bruising and head injuries. Paramedics spent two hours trying to revive him but he died later in hospital.

Police are still investigating how the assault began and whether it was driven by homophobia.