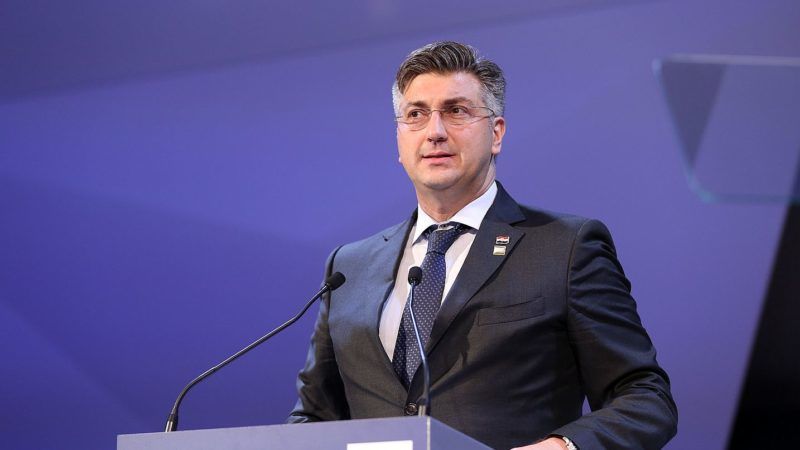 Plenković underscored the importance of the fact that representatives of ethnic minorities also participated in the executive branch of the government. [European People's Party]

Plenković raised the issue at a government session after Slovenia indicated this week it could block Zagreb’s access to the borderless Schengen area and to the Organisation for Economic Cooperation and Development (OECD).

Slovenia, an EU member since 2004, wants Zagreb to accept the ruling of an international arbitration about the sea and land border in the northern Adriatic – something Croatia rejects, saying the legal proceedings had been contaminated and were therefore null and void.

Slovenian officials told EURACTIV.com this week that Croatia’s failure to implement the border ruling might amount to a breach of the EU’s rule of law and might thwart its efforts to join Schengen. Also this week, Slovenia told EU ambassadors in Brussels that it would not support Zagreb’s bid to join OECD.

“I am calling on Slovenia to support Croatia, as a fellow EU member, in its efforts to join the OECD and to abandon the politics of blackmail,” Plenković told the weekly cabinet session.

“Such politics leads to nothing, just like we saw a couple of years ago. I think it would be good if both Slovenia and Croatia were OECD members. I believe we’ll find a solution through dialogue,” he added.

Plenković referred to Slovenia’s attempt to block Croatia from joining the EU, which lasted from 2008 until the two countries agreed in 2011 to hand the border issue to an international arbitration. Croatia went on to join the bloc in 2013.

The dispute over the contested northern Adriatic waters and a sliver of land dates back to the 1991 break-up of Yugoslavia. which left this border undefined and disputed by both sides.

The international tribunal announced its border ruling on 29 June 2017. But Zagreb confirmed the very same day that it will not respect the ruling.

Croatia says the result is null-and-void because the arbitration process was tainted after it emerged in 2015 that a Slovenian official had discussed the case with a member of the arbitration committee. Ljubljana does not contest this charge but still insists that Croatia must stick to the terms of the deal.

The European Commission has endorsed Slovenia’s view and urged Zagreb to respect the ruling but it remains unclear if it will take any concrete action.

One response to “Stop your blackmail, Croatian PM tells Slovenia as tensions continue”