What took place in Berlin in June – and paralysed “Germany and half of Europe” – almost had elements of a political thriller, according to SPD leader Andrea Nahles. There was a huge relief when Chancellor Angela Merkel and her Interior Minister Horst Seehofer, after a long night of negotiations, agreed on a coalition compromise.

In other EU member states too, the event had been followed with concern – the German crisis had dominated the EU summit.

“It is very unlikely that this has been the last time that the CSU has tried to distance itself from its sister party,” the Guardian speculated, bang on the target: only 38 days later, CDU secretary general Annegret Kramp-Karrenbauer published a letter to her party colleagues on the Maaßen éclat. 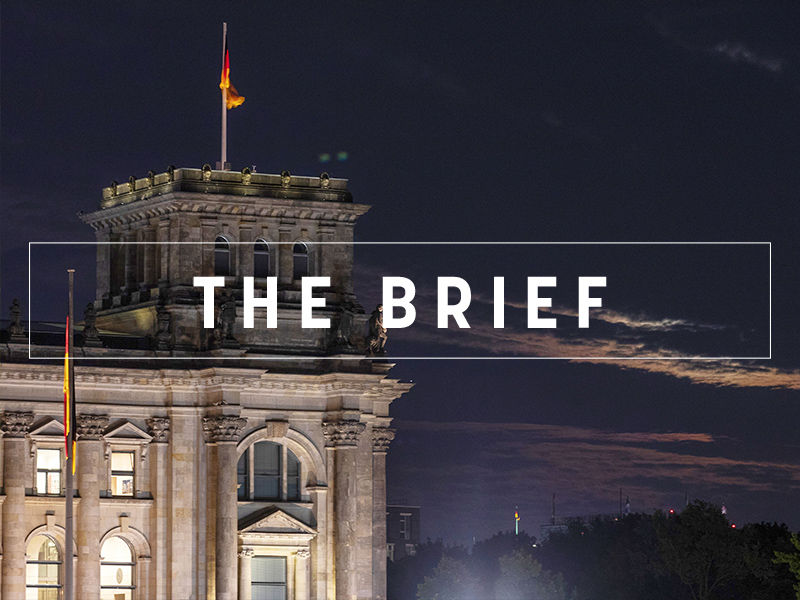 The Brief, powered by AmCham EU – Curtains for Germany's government

It is exactly a year that the federal elections took place in Germany, on 24 September 2017. A year after, vessel Germany is wandering in stormy waters, its commanding team proving incapable of setting a direction as to where to head at. And no safe shore is in sight.

In the letter, she described the internal power struggle over the chief of the Constitutional Protection Office, who has become a pawn in the hands of political interests for some time already.

“With this, the danger of a coalition break-up was more than likely,” she revealed. At the same time, however, everyone was trying hard dispel any doubts about the stability of the grand coalition itself. The coalition will “not break over the question of the head of a subordinate authority,” Merkel said back then.

Germany’s government is losing credibility in the EU

The reoccurring power struggles among the three governing parties have not gone unnoticed outside Germany.

“Many foreign colleagues are quite appalled at what is happening in Berlin these days. The only thing they see is a government that increasingly keeps revolving around itself,” says the German MEP Ulrike Trebesius (ECR).

“The whole dispute in June was already an absurdity over which even the leaders of the conservative ranks in the European Parliament were shaking their heads,” admitted MEP Arne Lietz (S&D). “We cannot afford to regularly slide into a coalition crisis just because the CSU interior minister is in election campaign mode,” he added.

According to Green MEP Maria Heubuch, with the extensive debate over Maaßen, the German government is gambling away citizen’s confidence:

“How credible is it when Merkel criticises right-wing populist governments circles in Europe and at the same time holds a high-ranking official in her government, who among other in the Anis Amri case [pending terrorist trial over Berlin Christmas market attack in 2016] has lied to the German Bundestag and spread conspiracy theories over the events in Chemnitz?” 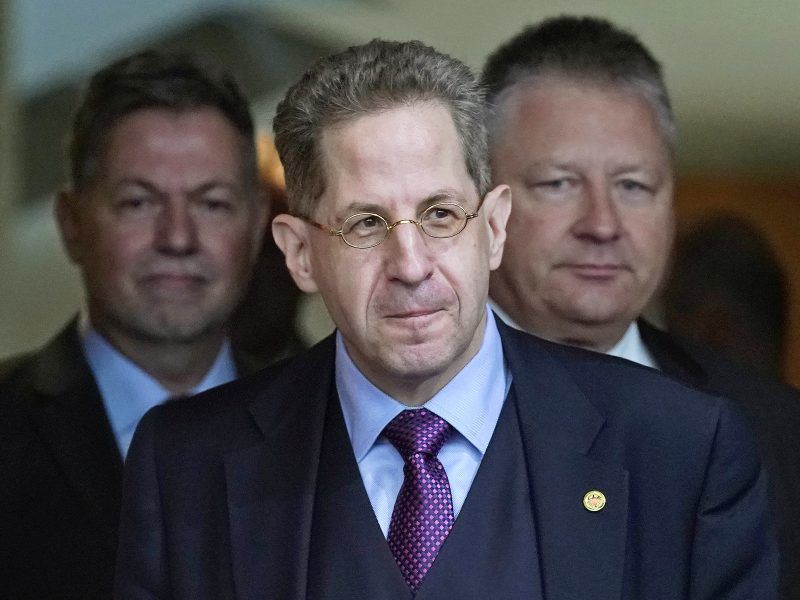 But it is not only about credibility. Abroad, the fragility of the German coalition raises the question of whether Germany can continue being a driving force in the EU while power structures in the Federal Chancellery are undermined.

This notion was strengthened by the fact that Ralf Brinkhaus has been appointed as the new parliamentary group leader against Merkel’s will, believes Trebesius. “This is seen as a huge setback for Merkel. For some time now, many have ceased to take her seriously as the prime mover and do not expect new impulses from the German government.”

According to Trebesius, the grand coalition is undecided, petrified and shows no willingness to support the Macron reforms or initiate its own. There is a vacuum in the EU that Germany can no longer fulfill, she added.

On the other hand, MEP Sven Schulze (EPP) stated Germany was “still regarded as a reliable and stable force in Brussels. This has not changed due to the internal coalition disagreements.”

For many experts, the growing rifts between CDU, CSU and SPD come as no surprise.

With the 2017 election and after four years of a grand coalition, a wind of change was expected to blow in the Chancellery. But after 171 days without a government, the old formula of the “GroKo” was reluctantly extended.

With strengthened right-wing populist parties on the rise and Social Democrats weak, it is not only Germany that is increasingly struggling to form a government.

Sweden is currently still in chaos as no one wants to collaborate with the right-wing populist Sweden Democrats. In the Netherlands, after the Social Democrats lost three-quarters of their constituents, the government formation took full seven months. In Italy, government talks collapsed in the short term when President Sergio Mattarella refused to appoint a Eurosceptic as finance minister.

However cumbersome the coalition building may be in many neighbouring countries, in none of them is there more reason to fear for the existence of the government than in Germany. And this could play into the hands of the populist opposition, which accuses the coalition of failure.

“We must be cautious not to end up in a debate, where everything comes to a head with nationalists and populists,” warns Lietz, pointing out that the German government has already launched key parts of the coalition agreement.

The billion-dollar good-day-care law, the right to return into full-time jobs, and the government grant scheme to support families building homes – these are important achievements of the government. It somehow seems to be working in the GroKo.

Nevertheless, it was duly acknowledged that the Maaßen matter has sent many wrong signals and shattered voters’ confidence. Chancellor Angela Merkel has announced she wants to focus on the substantive work again. And – for the first time – she even apologised: “We have thought too little of what concerns the people. I deeply regret that.”

In Brussels, Lietz wishes for a return to substantive matters, too, because his party has to deliver results and should not allow its work to be overshadowed by quarrels in the coalition. In the European Parliament, he and his colleagues, for example, presented a framework paper on European security and defence policy.

“We are ready. Now we just need the attention of the Federal government.”