The Swiss government on Tuesday (11 February) urged voters to reject a referendum push by the right-wing Swiss People’s Party to end an accord with the European Union on the free movement of citizens.

Should the measure win a binding vote on 1 May in what is being called Switzerland’s “Brexit moment”, the country risks losing its privileged access to the EU single market that is the lifeblood of the export-led Swiss economy. 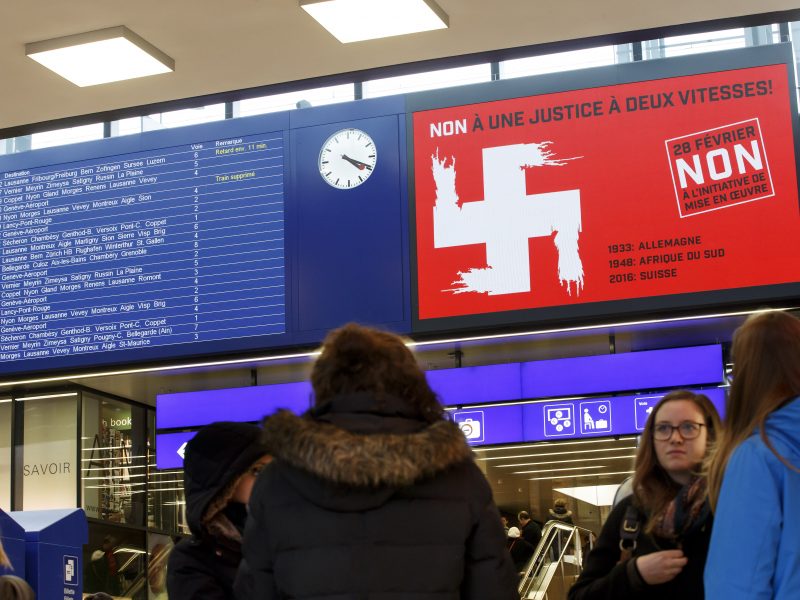 The Swiss will in May vote on a proposal that could dramatically limit immigration from the EU, six years after a similar referendum nearly destroyed relations with the bloc.

It could also end up kicking neutral Switzerland, which is not a member of the EU, out of the Schengen system of passport-free travel and the Dublin accord on handling asylum requests, officials said in a statement ahead of a news conference.

“That would have painful consequences, primarily for security and asylum issues but also for border traffic and freedom to travel,” the government said.

The referendum drive reflects unease with the influx of foreigners. Immigration contributed a net 55,000 people last year, when the foreign population stood at 2.1 million, or around a quarter of the overall 8.5 million.

Business leaders say they need skilled foreign workers, and imposing limits on EU citizens would violate the free-movement accord that enhances Swiss access to the single market.

A “guillotine clause” means ending free movement would scupper other pillars in a web of 120 custom-made bilateral pacts, including accords on the mutual recognition of industrial standards, public procurement, agriculture, research, and transport by land and air.

The eurosceptic People’s Party — the biggest in parliament and with two of the seven federal cabinet seats — has long fought to take national control of immigration.

Its proposal under the Swiss system of direct democracy would allow a year to negotiate an end to free movement, but chances of this are practically nil given the EU’s hard line on a key policy tenet.

Battling the referendum campaign is a priority for the Swiss government, which has struggled to put relations with the surrounding EU on a new footing. 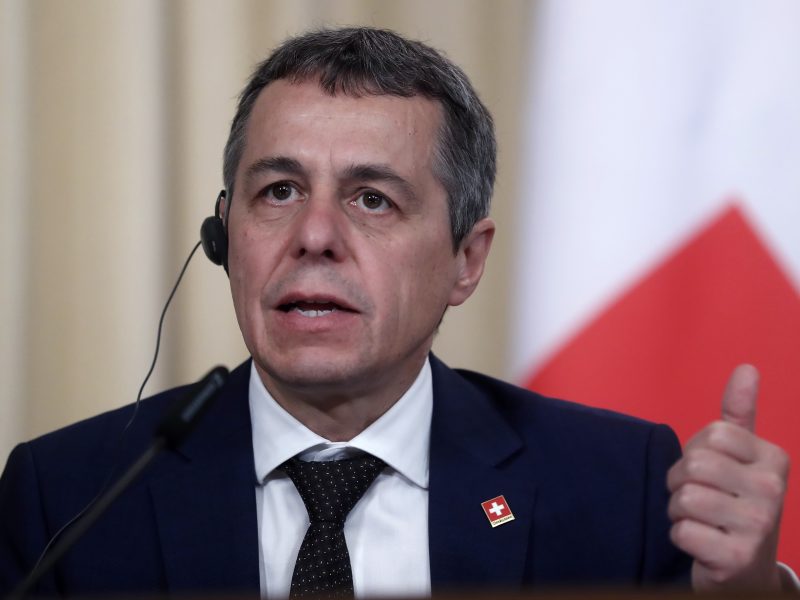 It would take a “miracle” for Switzerland and the European Union to clinch a quick deal over a stalled partnership treaty that has disrupted cross-border share trading and strained bilateral ties, Swiss Foreign Minister Ignazio Cassis said on Sunday (4 August).

Brussels wants the Swiss to endorse a new treaty that would have Bern routinely adopt single market rules and create a more effective platform to resolve disputes.

The Swiss government has dragged its feet for months while trying to forge consensus on how to proceed, annoying Brussels and triggering a row over cross-border stock trading.

The treaty ran aground amid opposition that spanned the normally pro-Europe centre left to the anti-EU far right. Critics say the pact infringes Swiss sovereignty to the extent that it would never get through parliament or pass a referendum.