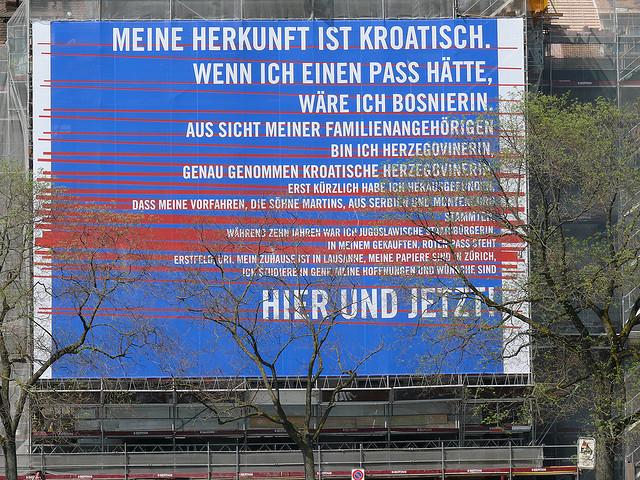 Switzerland will grant workers from Croatia access to its labour market in a bid to kickstart treaty negotiations with the EU that were frozen after Swiss voters approved curbs on immigration. The Commission ‘acknowledged’ the move, but added that a longer-term solution was needed to mend the effect of the Swiss anti-immigration February referendum.

Last February, Berne said it could not sign in its present form an agreement to extend the free movement of people to Croatia, the newest EU member. The Swiss decision was expected following a referendum in the Alpine nation held on 9 February, in which a narrow majority backed proposals to reintroduce immigration quotas for the European Union [read more].

Switzerland is legally obliged to open its labour market to Croatian nationals in the next 10 years, started from 1 July 2014.

The European Union said on 16 February it had postponed negotiations with Switzerland on its participation in multibillion-dollar research and educational schemes Erasmus+ and Horizon 2020.

The move by the Swiss government from Wednesday (30 April) is seen as part of planned measures aimed at limiting any EU backlash, including on issues such as power supply, research and education.

“Today’s decisions demonstrate that the Federal Council is pursuing its strategy to push ahead with and coordinate current and future negotiations on various European policy dossiers, to achieve the best possible outcome for Switzerland,” the government said in a statement.

Croatians, the newest EU members, were to have access to the Swiss job market from July. That timing will reinstated under a separate quota system, the Swiss government said.

In addition to allowing Croatians to work in Switzerland, and recognising their qualifications, the Swiss government will also give 45 million Swiss francs (€37 million) to Croatia in a so-called enlargement contribution, or spending aimed at reducing economic and social disparities as the EU enlarges.

Ratings agency Moody’s has said the immigration curbs, which Switzerland has three years to define and put into law, will harm the Swiss economy and its banking sector in particular.

The Swiss government has said it will draw up an implementation plan by the end of June, with the aim of drafting a law by the end of the year.

The Commission said it had “noted” the Swiss decision to grant Croats access to the country’s labour market, and to commit funds to the enlargement contribution to cover Croatia.

Commission spokesperson Pia Ahrenkilde Hansen said that the EU executive had acknowledged that Switzerland had continued to meeting its commitments with regard to the acquired rights of EU citizens living and working in Switzerland.

But Hansen also said that this didn’t offer a long-term solution to issue of the breach of the free movement of people agreement.

The mandate for EU-Swiss institutional negotiations could be approved on the next ministerial meeting on 12 May and the talks could touch upon the further participation of Switzerland in the EU internal market, and notably the negotiations of a EU-Swiss electricity agreement, Ahrenkilde-Hansen said.