The Brief – A fence across the Mediterranean 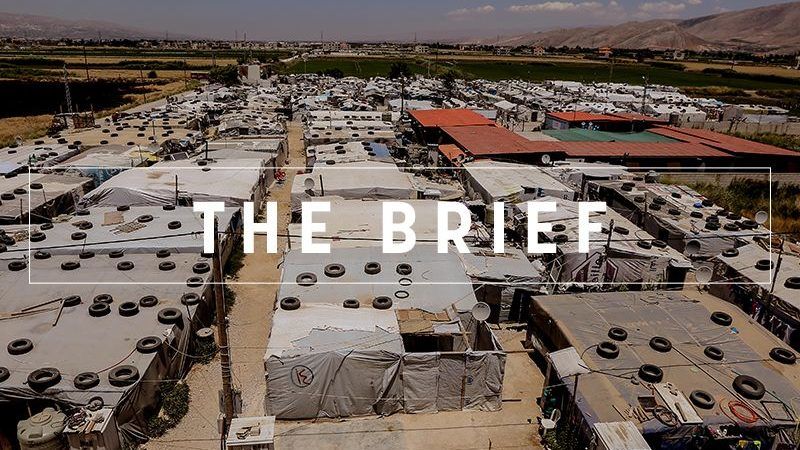 The mini-summit of 16 held in Brussels on Sunday was like a workshop in which pupils were asked to find an easy solution to a difficult problem: in this case, how to respond to the refugee crisis.

One of them imagined massive transfers of migrant populations from the EU to Africa, where huge camps would be built. It sounded radical, but probably that’s why many other pupils liked it. But the teacher said this is against EU rules, because it amounts to push-back, prohibited by international law.

Another pupil imagined closed disembarkation facilities similar to prisons, so that migrants would be vetted, and those who do not qualify for asylum sent back promptly where they came from. But another pupil said he didn’t like the idea of building prisons. Others too frowned at the idea of prisons.

A third said migrants should be divided between several countries as soon as they arrive, without waiting for the vetting process. Others said it would be unfair to send economic migrants. A fourth pupil said the best way was to build a fence across the Mediterranean Sea. The teacher, who didn’t want to discourage anyone, said the idea wasn’t bad but might be slightly difficult to implement.

In the end, the teacher commended the pupils for their creative thinking, said the next class will be on 28-29 June, and told them to keep being creative in preparing their homework.

He also promised that the school will fund the best project. All pupils were happy because the discussion was fun and they could repeat their ideas at home, claiming that they had won praise at school.

Lots of things remain unclear following the mini-summit, but what is obvious is that EU migration and asylum policies can no longer be decided at 28, or 27.  It’s also clear that the European Parliament, which has adopted clear ideas about the reform of the Dublin asylum system, is totally disregarded.

It also means that the Commission has suffered a setback, its policy of mandatory relocations having obviously failed and being abandoned. It means the reform of the Dublin system is “mission impossible” by the 28-29 June summit, and that intergovernmental agreements will replace EU legislation.

Certainly, this will have an impact on the EU’s capacity to stand united on other major issues. Intergovernmental agreements on migration and asylum also threaten the integrity of the EU’s internal border-free Schengen zone.

The mini-summit parody occurred only because Angela Merkel has been put under pressure, not by the German opposition but by her closest political ally.

Actually, the EU does not have a major problem with migration. It has a political problem with its own populations, or rather the populations have a problem with their leaders, which is called lack of trust, and which the pampered political class stubbornly refuses to address.

It may be easier to build a fence across the Mediterranean than to regain trust.

How pressing the issue really is could be seen this Sunday as sixteen European leaders held an emergency mini-summit in Brussels to discuss migration – a crisis with a destructive potential for the EU. Some fear that Germany could bring about a collapse of the EU, but Austria is cautiously optimistic.  Could a solution be a two-speed EU migration policy, as argued by Solon Ardittis?

Chancellor Angela Merkel’s presumably last term in office appears to be by far the hardest of her career – and the week ahead might be crucial to her survival. But she might also have found an unexpected ally.

Two years the Leave vote, Britain is split down the middle about what Brexit should look like, whether it should happen at all, and whether they should have another vote on it. EU supporters marched in London to call for a final public vote.

Recep Tayyip Erdoğan won Turkey’s presidential election… again. While he overcame the biggest electoral challenge to his rule in a decade and a half, some observers argue that the election victory and the new presidential system might actually backfire on him.

More on bad boys: A European Parliament committee has recommended triggering an Article 7 procedure against Hungary for breaching the fundamental values of the Union under Viktor Orbán’s rule.

US President Donald Trump threatens 20% levy on all European cars,  but the EU has put on its boxing gloves and is ready to take up the fight against any US auto tariffs move. Meanwhile, we might have finally figured out what went on behind the infamous G7 leader’s picture.

Europe must keep its word to North Macedonia and Albania, Greek FM Nikos Kotzias tells our very own Sarantis Michalopoulos in an exclusive interview ahead of decisive enlargement package discussions.

In the Environment Council, I will continue running the show for Europe and the planet, says former MEP Claude Turmes. In an interview, he explains how he sees his new role and what he hopes to achieve.

The General Affairs Council meets in Luxembourg tomorrow to discuss the highly contentious topics of Brexit state of play and the 2018 enlargement package to be voted on during this week’s European Council. Look also out for the Article 7 hearing on the rule of law in Poland.

Poland is the first European team to use its return ticket home. Meanwhile, Switzerland’s Granit Xhaka and Xherdan Shaqiri face bans over their political goal celebrations. Swedish footballer Durmaz fouled in the last minute, leading to a free kick and victory goal for Germany and is now facing a media buzz. Bad news: from tomorrow on, the pain of watching two games simultaneously is real.

4 responses to “The Brief – A fence across the Mediterranean”