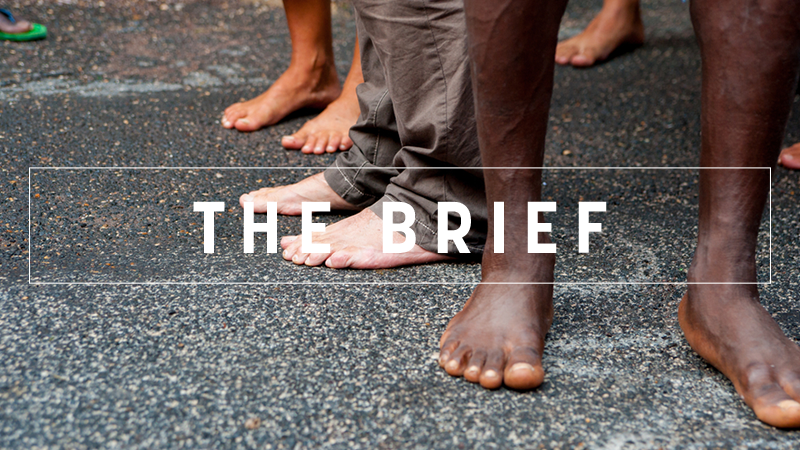 In a non-legislative resolution, MEPs urged EU countries on Monday (25 June) to make sure that providing humanitarian help to migrants is not treated as a crime. The mere fact that they felt obliged to do so speaks volumes about where Europe is today.

Their call was, of course, timely as member states gather on 28-29 June for a crucial EU Council Summit, where political leaders will try to dismantle the political bomb migration has turned out to be.

For one thing, because Chancellor Angela Merkel’s fourth mandate depends on its outcome even if France’s Emmanuel Macron came to her rescue in exchange for a bit of support from her side on slow-moving eurozone reforms.

All this is well known. But while the current political tantrum in Germany is being felt as far as Brussels, little is known past the Quievrain border about the ongoing political debate in France concerning precisely the citizens who help refugees.

In all honesty, France is being more punitive than Europe on those who help refugees, but this has largely been under the radar. The current French legislation represses anyone helping refugees to enter, stay and move inside France, except if this assistance is intended to preserve a person’s dignity and is not subject to any financial compensation.

The law sees a maximum penalty of five years in prison and a €30,000 fine for offenders.

NGOs argue the legislation, initially intended to fight smugglers, is also being used against citizens who help migrants.

Cédric Herrou, an olive farmer in the Roya Valley (South-East France), is one of those who paid the price: he was arrested several times between 2016 and 2017 for helping some 200 migrants enter France from Italy. Amnesty International activist Martine Landry was prosecuted for transporting two 15-year-old Guinean migrants between France and Italy.

There is a dedicated – and ugly – formulation in France to describe this humanitarian help: It is called “délit de solidarité”, which can be translated as “solidarity offence”.

Cédric Herrou and Martine Landry are not sole examples. Several of those citizens came under a rule of law that is not only being used to fight smugglers and criminal networks but also to intimidate individuals willing to help, the French branch of Amnesty International argues.

The aim of Macron’s Interior Minister Gérard Collomb is simple: to limit the number of migrants coming to France, as Emmanuel Macron insisted that his obsession was to preserve France’s national cohesion. This is the lesson the French president is taking from Angela Merkel, who was sanctioned electorally for her openness to migrants in 2015.

But while Macron’s government is seeking to preserve France’s national cohesion over migration, one has to ask if this is happening at the cost of Europe’s cohesion.

The non-binding resolution prepared by the Civil Liberties Committee will be put to vote by the whole Parliament on 4 July in Strasbourg, as a wrap-up to a plenary debate with the EU Commission on Tuesday.

By that time, EU leaders will have met and fudged the migration issue, blaming it probably on a lack of consensus. The issues of solidarity, or morality, are increasingly less mentioned.

It is out of the question that migration, and especially lowering Mediterranean immigration, will determine the fate of the upcoming European summit. Meanwhile, Italy’s pugnacious new government took its fight to block migrants to Libya as a new boat with hundreds on board remained stranded at sea, deepening a crisis shaking Europe.

Giles Merrit explains why Europe needs a strategy and a common EU-wide approach – because contrary to many governments’ claims, migration crisis is just starting.

On the finance front, ‘differences’ seem to persist towards a plan by France and Germany to establish a eurozone budget, ahead of a key EU summit to discuss the matter. Even, Merkel’s very own party is split over the Chancellor’s plans.

Speaking of war-like conditions: As the trade war continues, the EU is likely to impose safeguard measures on steel imports by mid-July. Nevertheless, it is clear that consumers may be the collateral damage of the EU-US trade dispute.

What’s going on in Berlin? Look here what happens when a political analysis is turned into a board game where you can roll the dice on the Chancellor’s future.

After Turkish President Erdoğan celebrated winning sweeping new powers in a decisive election victory, his main rival accepted the outcome despite complaints about an unequal campaign that alarmed the EU.

The ‘Green Growth Group’, an alliance made out of 14 European countries, called for stronger EU climate action and charting a pathway consistent with a 1.5°C global warming scenario by 2050.

The EU’s high-speed rail plan is ineffective, unrealistic, and unlikely to be achieved, say the European Court of Auditors. Not really surprising when, for example, one takes a look at the state of the national lines.

High-level conference on “The European Pillar of Social Rights: Working Together to Deliver”, which aims to continue the debate on the social dimension of Europe in the context of the EU budget discussions,  the future of the cohesion policy and the European Social Fund.

The VAR (just as it was predicted by critics and lovers alike) had its questionable appearance, but make no mistake; it is not always the technology’s fault. Also, a young boy’s dream came true during yesterday’s match.