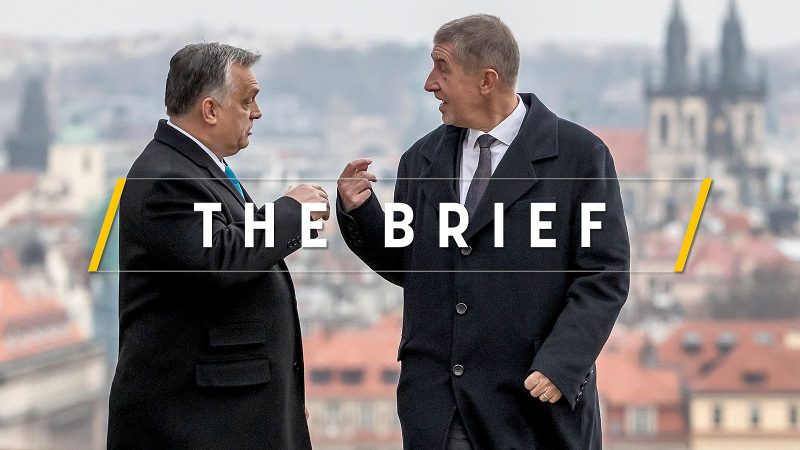 The New York Times published on Sunday a massive and well-documented cross-border investigative story titled “The Money Farmers: How Oligarchs and Populists Milk the EU for Millions”.

It illustrates how EU farm subsidies (€65 billion per year) help underwrite a sort of modern feudalism in which small farmers are beholden to politically connected land barons.

It says Hungarian Prime Minister Viktor Orbán has auctioned off land to political allies and family members, the subsidies following the land. And that a company formed by the Czech Prime Minister Andrej Babiš collected at least €37 million in subsidies last year.

Needless to say, this was the hottest topic at the Commission’s daily briefing for journalists, overshadowing issues such as the formation of the new von der Leyen Commission.

One of the big questions was: how was it possible for this to be happening over so many years? Where was the Commission, where was OLAF, where was EU oversight?

I have my own story to tell.

In January 2018, I published an op-ed, “Mafia rules in Bulgarian agriculture with the help of EU subsidies”, on my blog monitoring the Bulgarian Presidency of the Council of the EU.

Its author, lawyer Georgi Kerelov, describes a phenomenon many people know but nobody dares to talk about: small land-owners in Bulgaria are bullied by mafia-style agricultural producers, who obtain the EU subsidies intended for their land, sometimes with permission (and a ridiculously low rent), and very often without permission.

I personally know people who own land but it is exploited by a local oligarch, and they don’t dare to complain.

I wrongly thought this was a phenomenon existing only in Bulgaria.

In the meantime, Deutsche Welle reported about similar schemes of land grabbing in Slovakia: networks made up of local Slovak politicians and businessmen are usurping control over arable land in order to pocket the  EU’s direct grants for agricultural areas.

Investigative journalist Ján Kuciak and his fiancée were murdered on 21 February 2018, reportedly because he had investigated such cases. Slovak newsrooms were said to be shunning such reporting, afraid of being sued and ruined financially.

At that time, I approached the Commission, who advised me to turn to the EU anti-fraud office OLAF, which is what I did next.

OLAF first asked me if I wanted to know about whether they were investigating fraud with agricultural funds in Bulgaria in general, or about a particular investigation. After more exchanges, I received the bureaucratic answer that “OLAF does not usually issue comments on cases it may or may not be treating”.

I was also referred to the national authorities, which would never admit fraud anyway.

This whole case calls for the attention of the new EU Chief Prosecutor, Laura Kövesi, who incidentally comes from the region and knows the local mafia’s psychology very well. Such an investigation will undoubtedly also end up proving who commissioned the murder of Kuciak and his fiancée.

Italy’s government is open to rediscuss a proposed tax on single-use plastics, out of concern for the country’s world-leading packaging sector based in Emilia-Romagna where regional elections are scheduled in January.

French President Emmanuel Macron arrives in China to drum up new business deals, but under warning from his hosts to keep off thorny issues such as the pro-democracy protests in Hong Kong.

Washington’s envoy to the Western Balkans criticised the EU for delaying the start of membership talks with North Macedonia and Albania, saying it sent a “bad message” to a region where all countries hope to join the bloc.

The EU’s Interreg programme is an ‘engine’ of regional cooperation but needs simplification, an EU official told EURACTIV.com.

Ukrainian soldiers and Moscow-backed separatists failed to begin the last phase of a troop pullback in the war-torn eastern Ukraine, delaying a high-stakes summit with Russia.

A group of US airlines has insisted that Germany’s plan to tax air tickets undermines a UN agreement on offsetting emissions from international aviation.

The EU says it wants to get out of fossil fuels and become climate neutral as soon as possible. But the European Commission’s latest list of energy projects eligible for EU funding nevertheless includes 32 gas projects.

The European Court of Justice is set to announce its verdict on the law on the structure of common courts, after court’s advocate general, Evgeni Tanchev, had concluded that the changes in the retirement age of judges of 2017 were affecting judicial independence in Poland.