The Brief, powered by Eurogas – Where is Malta’s Article 7? 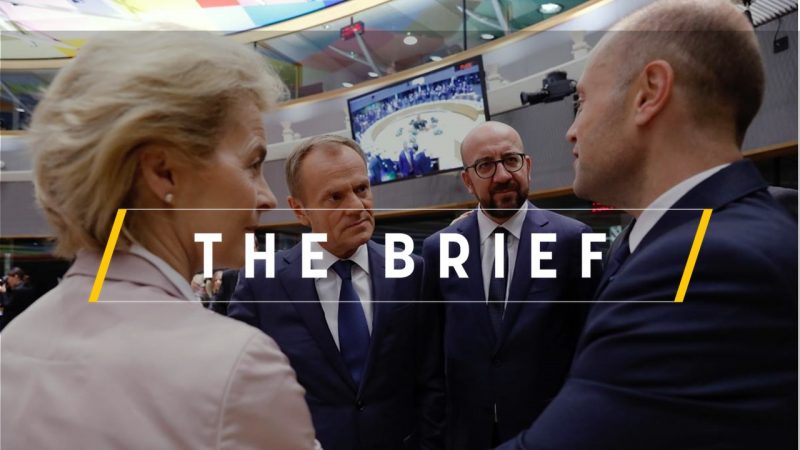 If you thought Poland and Hungary were a tough nut to crack when it comes to rule of law, brace for more: Malta could become Europe’s next biggest headache.

A journalist’s murder, inefficient judiciary, mafia bosses, systemic corruption and money-laundering at the highest level – this chequered list could have come out straight from a Hollywood thriller script, but they didn’t. Instead, they came from an EU member state supposed to be bound to democracy and enforcing the rule of law.

Maltese Prime Minister Joseph Muscat has promised to resign in mid-January, once a new leader of his Labour Party is picked. But many believe he should go immediately to ensure the investigation into journalist Daphne Caruana Galizia’s murder is not compromised any more.

EU leaders should have given a wide berth to Muscat at last week’s summit in Brussels but they didn’t, and the European Council chose to remain silent, even as campaigners gathered outside the Maltese embassy opposite the Berlaymont. It is becoming increasingly clear that the Malta murder scandal has exposed the EU’s reluctance to condemn rule of law infringements across the bloc with equal measure.

Calls are getting louder to launch an infringement procedure under Article 7 against Valletta for serious violations of the rule of law. But surprisingly (or actually, maybe not), the mechanism has not been triggered so far, either by the European Commission or the European Parliament.

What else needs to happen in Malta for any of the EU institutions to act? If Article 7 could be launched against the two Eastern European black sheep relatively quickly, why not against a country that has also “systemic” deficiencies in its law-enforcement system, and has clearly violated European treaties and values?

At the very least, the first stage of the infringement mechanism, Article 7.1, representing a mere warning shot could be invoked. Otherwise, one could wonder if there are suddenly different standards for different member states.

EU lawmakers on Tuesday (17 December) did not hide their grievances with Malta, especially those who were part of the fact-finding mission in early December, the third of its kind, where they met the Maltese government, the police, judicial authorities, the opposition, civil society and journalists, as well as members of Daphne’s family.

“Justice needs to be done, the new Commission is very clear on such a need,” Justice Commissioner Didier Reynders told MEPs in Strasbourg, stressing that in the first two weeks of the Commission’s term, the EU executive has sent “a clear message to Maltese authorities” and Europol is available to take part in the investigation.

“The Commission has a toolbox to address rule of law concerns and we are ready to make use of it,” Reynders added.

In an earlier letter to his Maltese counterpart, Reynders strongly encouraged the Maltese authorities to consult recommendations of the Venice Commission, an independent consultative body on basic democratic issues. He also said he counts on the Maltese justice minister “to give the impetus and political priority to accelerate reforms.”

In other words, the Commission is not yet willing to open any procedure.

“The previous European Commission sat silent, despite two resolution of the European Parliament. What is stopping you from addressing this systematic non-application of EU law?” Green MEP Sven Giegold said in Strasbourg.

It will be interesting to watch whether MEPs will have the guts to go beyond political affiliations when they vote on a resolution on the Maltese rule of law situation on Wednesday.

However, the behaviour of the S&D group merits a closer look.

An EU source told EURACTIV last week that the Socialists in Brussels were reluctant to take a proactive stance against Muscat’s reign in Malta, due to the fact that he is part of their political family – effectively putting political affiliation before integrity.

The Socialists, usually very vocal in condemning the ‘bad apples’ in other party ranks, have so far stayed away from taking a clear stance on their own ‘bad boys’, Romania and Malta. What does this tell us about their moral ground and adherence to European values?

It is true that some of Malta’s problems pre-date the Labour party’s rule and can be credited to the previous Conservative Nationalist Party government.

But the Maltese Socialists tolerated impunity and made little effort to change the status quo in the country after they took power. Guilty by complicity.

Or would opening an Article 7 procedure against Romania (a decision that has been shelved for now) and now Malta have been the acknowledgement that something is generally wrong with the rule of law across the whole bloc? And therefore, silence is better than provoking a perfect storm?

The Daphne murder has lifted the veil on Malta.

Europe now needs to take clear and concrete action, if it wants to keep any moral high ground.

A message from Eurogas: Decarbonising Europe’s home heating. Europeans recognise the potential of all gaseous solutions to decarbonise heat: almost 50% are willing to use biogas. In some countries almost a half is ready to use hydrogen. Eurogas calls for targets for renewable and decarbonised gases to meet consumers’ demands. Check #EurogasPoll results.

EU lawmakers have approved a compromise on the EU’s proposed sustainable finance rulebook, ending a bitter fight with EU member states on whether to recognise nuclear power as “green”.

British PM Boris Johnson will use the prospect of a Brexit cliff-edge at the end of 2020 to push for the EU to give him a comprehensive free trade deal in less than 11 months.

There is an “enormous amount at stake” in an appeal against a High Court decision that found the police’s capturing of mobile phone metadata in relation to a murder case breached EU law, Ireland’s Supreme Court has heard.

With digital technologies set to irrevocably change the face of our healthcare systems, the ethical concerns surrounding the use of AI are increasingly gaining prominence in policy circles.

Chinese foreign affairs minister Wang Yi called for the launch of free trade talks with the EU in Brussels, in parallel with ongoing negotiations on an investment deal.

Ukraine’s national oil and gas company, Naftogaz, said that no agreement had yet been reached over the transit of Russian gas through Ukraine after 2019. As tensions grow, EURACTIV looked at the details.

The Von der Leyen Commission begins its mandate at a time when Arctic geopolitics are at their most important since the Cold War. The EU needs to deepen its engagement in its own Arctic backyard, argue André Gattolin and Damien Degeorges.

The second round of voting in the European Parliament for the new European Ombudsman position after the first round didn’t give any of the five candidates a clear majority.