The Brief – The show must go on 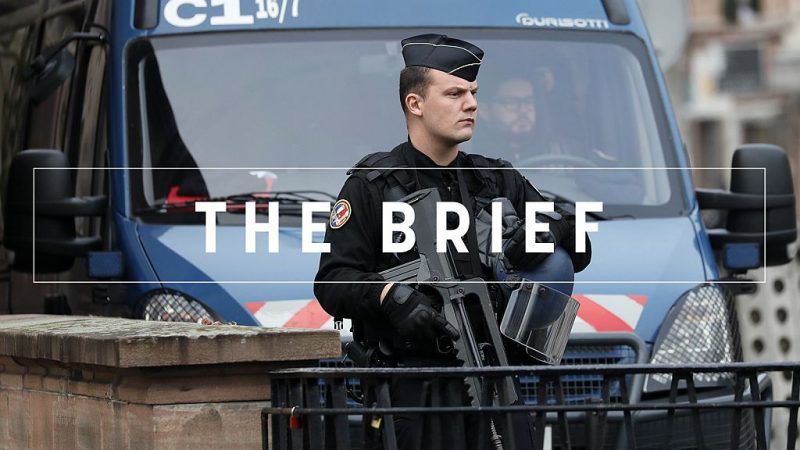 The first reports of the Strasbourg shooting attack arrived on smartphones just as EU staff were heading to dinners and pre-Christmas parties. The European Parliament immediately triggered its emergency containment procedure and turned into a bunker, grids lowered, doors locked.

Three people were killed and 12 wounded as a 29-year old shooter opened fire in the vicinity of the busy Christmas market in the historic centre of the eastern French city. France has gone into “emergency attack” mode – the highest level of the national emergency procedure – but the assailant remains on the run.

After every attack, politicians assure, journalists write and security experts warn that we should never subordinate our life to fear.

But, of course, there is the fear that lingers as some of the core foundations of society are hit: The state, the order, our own personal security and confidence in functioning institutions.

The uncertainty that emanates from such a situation make democratic societies face up to the question: How do we defend our freedom?

What followed yesterday was a rather extraordinary reaction.

The President of the European Parliament, Antonio Tajani, entered the hemicycle and announced that plenary sessions will continue as planned, despite the unfolding crisis.

“We will not be intimidated by terrorist or criminal attacks. We will continue to work, strengthened by freedom and democracy against terrorist violence. Let us move on,” Tajani told the present MEPs. Only minutes before, a debate with foreign policy chief Mogherini on security had finished.

MEPs continued working well into the early hours of Wednesday, while journalists from across the continent remained holed up in the Parliament’s press room, a myriad of languages and accents, calls to loved ones and reports to newsrooms around the world creating an almost surreal atmosphere of disbelief and shock.

“We must react by doing exactly the opposite of what those who want to hurt democracy expect. We must not change our way of life,” Tajani said as the plenary session resumed this morning.

“We must move forward. This is why the European Parliament keeps working.”

It all comes down to a battle of ideas, in which society needs to demonstrate that there is value in freedom, democratic institutions, the free and peaceful expression of ideas, fundamental rights. We need a resilient democracy. And we need a strong Europe.

The show, as they say, must go on.

While the Strasbourg plenary session was under way, at least 12 people were wounded and two killed as a gunman opened fire in the vicinity of the Christmas market in the historic centre. Europe ‘may see something like Daesh 2.0’, EU’s counter-terrorism chief admits in an interview with EURACTIV.

Theresa May’s premiership hangs by a thread ahead of EU summit. The British Tories called a no-confidence vote. Although she vows to fight, May comes up empty-handed from a whistle-stop tour of European capitals where she seeks further concessions from EU leaders to salvage her unpopular Brexit deal.

The post-Brexit Gibraltar border could become a pawn between the UK and Spain in further relations, says MEP Julie Girling.

Shadow rapporteurs on the controversial copyright directive took a stand against the Parliament’s handling of the file.

New measures announced by French President Emmanuel Macron early this week in response to ‘yellow vests’ protesters are expected to push the deficit, facing a deviation investigation in May.

The relationship between Overgas and the Bulgarian state gas companies has been complicated. The Commission could fine Bulgaria over the gas market distortions.

The British PM due at the European Council starting tomorrow. But she first needs to survive the no-confidence vote in the House of Commons tonight.