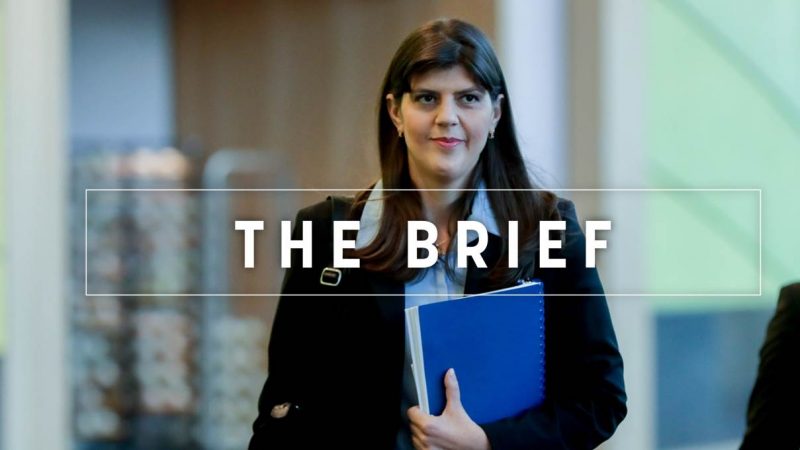 Who is afraid of Laura Codruţa Kövesi’s candidacy for the first-ever chief prosecutor of the European Union? Which countries voted against her?

Kövesi is Romanian. But make no mistake, Romania is against her candidacy. The social-democrat-led government of Romania is afraid that Kövesi’s insistence on exposing graft at the national level and having the culprits sentenced will only multiply if she takes over as EU prosecutor.

For top jobs, EU countries tend to do their utmost to obtain support from other members. This time it was the other way around. Romania  have deployed huge efforts to lobby other member countries against Kövesi. And they don’t seem to care about the country’s image in the midst of its maiden EU presidency.

The vote in the Council is secret. But leaks reveal that Romania, Bulgaria, Poland and Hungary voted against Kövesi.

In Bulgaria, the government of Boyko Borissov doesn’t need to be lobbied to oppose Kövesi. Bulgaria’s top judge, Lozan Panov, himself also an irritant to the authorities, invited Kövesi to visit in March 2017.

Her name in Bulgaria has come to symbolise that change is possible and that corrupt politicians could be held responsible. The authorities did all they could to ignore her visit. And they are doing everything to impeach Panov, who chairs the Supreme Court of Cassation.

Bulgaria also did nothing to back the candidacy of Ivailo Kalfin, one of its most respected figures abroad, for the chief of OLAF, the EU anti-fraud office. The authorities in Sofia did not want a compatriot in such a sensitive post.

The same for Poland and Hungary. The two countries are facing rule of law procedures, although this doesn’t seem to have disturbed their leaders. What could disturb them, though, is if someone really started looking in depth at the corrupt schemes that directly benefit the top leaders. This is the secret weapon against rogue countries.

Bálint Magyar, a Hungarian sociologist and a former education minister, says Hungary has become a mafia state under Prime Minister Viktor Orbán. OLAF is, by the way, investigating a project run by a company once controlled by Orbán’s son-in-law.

And in Poland, the recent so-called ‘Kaczyński tapes’ signal that the most important message of the ruling populists, that the PiS party is clean, beyond reproach, and against the wealthy and the powerful, is nothing but demagogy and lies.

The European Parliament threw its weight behind Kövesi for the top job. In the Council, however, the majority of the votes went to the French candidate. He is undoubtedly a good professional, but compared to Kövesi, he is an anonymous bureaucrat.

“Who’s afraid of Virginia Woolf,” George asks Martha in the final scene of Edward Albee’s play. The answer, in the case of Kövesi’s candidacy, is her own government.

Looking back to move forward as the recipe to build trans-generational peace in Northern Ireland. Read another piece of our on-the-ground reporting from alongside the Irish border.

Meanwhile, Brexit is bad news for British fans of Sicilian wine and good pasta. The Spanish agri-food sector is also extremely concerned about the negative impact of a no-deal Brexit.

The new anti-immigration campaign launched by Hungary’s PM Viktor Orbán earlier this week caused a crisp response by the European Commission, which says it “distorts the truth”, and refutes most of its points.

Serbia is ramping up its military capabilities, but on the other side the country is quick to affirm it sticks to neutrality.

Tourism is one of Europe’s biggest assets and should therefore be more prioritised, MEPs, ministers and European Commission officials agree.

Were you a bit busy this morning and missed to read your press review? Have a look at The Capitals for the latest news from across Europe featuring Super Barnier getting Macron’s backing, Czechs in space and a socialist scandal in Bulgaria.