Thousands of asylum seekers to be returned to Bulgaria 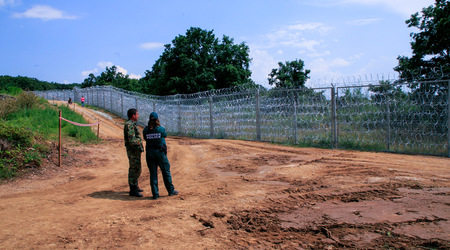 3600 refugees from third countries will be returned to Bulgaria from other states in the European Union, the government in Sofia announced Monday (5 January). Dnevnik, EURACTIV’s partner in Bulgaria, reports.

In recent years, Bulgaria has suffered from waves of refugees, mainly due to the civil war in Syria. The most impoverished country in the EU, Bulgaria has a limited capacity to deal with the challenge, and has been criticised by human rights groups for mistreating the flow of refugees.

Most of the migrants who first crossed the EU border entering Bulgaria have no intention of staying there, and seek to establish themselves further West. But according to EU rules, the country where the migrants lodge their asylum request is responsible for taking care of them.

Reportedly, more than 20 countries have turned to Sofia for clarifications concerning immigrants who came from Bulgaria, and requests for the return of 6800 asylum seekers have been made. The government has agreed for the return of 3600.

According to Dnevnik, it remains to unclear whether additional fencing will be built along the border with Turkey, from where most of the asylum seekers arrive. Interior Minister Veselin Vuchkov was quoted as saying that building a fence is a better option than posting additional border guards.

Bulgaria has mobilised hundreds of police to guard the border with Turkey, but the country’s interior ministry now says that the army should be assigned with this task.

Asked if building fences was consistent with EU policies, the Commission has conceded that EU countries were free to decide their own border protection measures.

However, the EU executive has repeatedly stated that returning asylum seekers was against EU and international law.