EU border guards have turned to interviewing migrants arriving in Europe to gather “valuable information” that can help them fight against smugglers and human traffickers.

Izabella Cooper, a spokesperson for Frontex, the EU’s border agency, told EURACTIV that these interviews are voluntary and anonymous, and therefore cannot be used in court. But “they constitute important elements enriching the knowledge concerning the ongoing investigations or suggesting areas for possible new investigations”, she added.

Frontex agents have been conducting such interviews (‘debriefs’) with migrants for years, mostly to elaborate the agency’s “risk analysis” annual report. 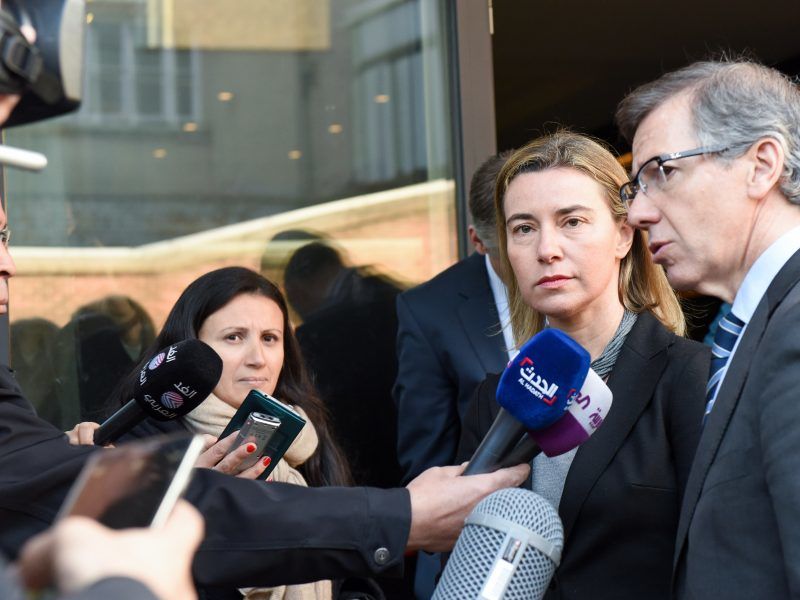 Until two years ago, the information was limited to routes used or the amount of money spent. But the entry into force of the European Border and Coast Guard Regulation in 2016 represented a turning point in the fight against smugglers and traffickers.

The new regulation stated that the Agency will be able “to process personal data of persons suspected of involvement in criminal activities, such as migrant smuggling, terrorism or trafficking in human beings”, the Commission said.

Among other data, Frontex agents now can collect names and mobile phones that are used to dismantle the mafia groups.

This practice is “much more valuable” compared to the past, Frontex’s Cooper added.

The information is useful to identify the ‘bosses’, who run smuggling groups and control specific areas of operations, and their agents, who find migrants wishing to be smuggled across Europe.

Frontex agents started interviewing migrants in Greece and Italy even before the big influx of arrivals in 2015. Spain was added to the list more recently.

The intelligence obtained has been already useful in various cases, although officials did not want to disclose details of the operations.

Given that boats are the preferred means of transport for bringing migrants to Europe illegally, Frontex has an “increased focus” on smugglers’ maritime specialisation to assist intelligence and law enforcement efforts.

The top five nationalities of the whole sample were Syrians, Moroccans, Iraqis, Algerians and Sudanese.

Around 88% of all interviewed migrants reported that they had been facilitated to complete their irregular journeys.

Frontex concluded in its report that the fact the migrants have turned to ‘facilitators’ to enter illegally “proves the crucial role of smuggling markets and networks in driving irregular migration to Europe.”

Although Frontex agents are responsible for conducting the interviews, they operate under the supervision and control of the competent national border authority of the country hosting the operations.

Once the interviews are concluded, the information is transmitted to the national authorities, who will have to validate it and decide whether it should be transmitted back to Frontex headquarters.

If the data is finally processed by the EU agency, it will be ultimately hosted on Europol servers, where it can be consulted by all member states.

The information provided by the migrants is not only valuable to fight against networks smuggling and trafficking with people in Europe, but also with weapons or drugs, given that in some cases mafia organisations are involved in various illegal businesses.

The new European Border and Coast Guard Regulation states that the agency could also process personal data of irregular migrants collected by officers deployed by the agency.

But Cooper said it does not process data of migrants who cross the borders illegally. In addition, since the interviews are anonymous, there is no data collected from the migrants.