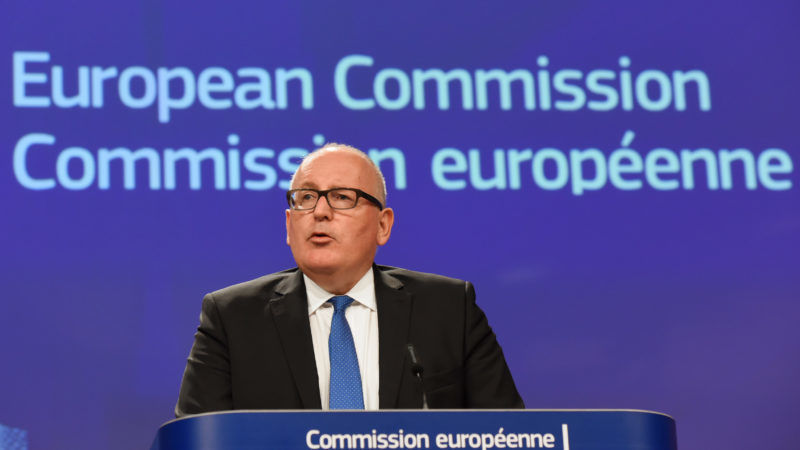 Commission First Vice-President Frans Timmermans debriefed a packed press room after the College meeting, where the latest attempts of the ultra-conservative Polish government to subordinate the judiciary was discussed.

Timmermans said the recent developments had “greatly amplified the threat to rule of law”. He said that the legislative measures in the course of adoption sought to put the judiciary under the full control of the government.

The Dutch Commissioner explained that the executive could not adopt decisions today, as the process of legislative changes was still ongoing, but made it clear that next week, it would be ready to open infringement procedures and to propose the triggering of Article 7.

The new laws are not yet all in place so we cannot take formal decisions today. But we can send a clear political message.

“The option of triggering article 7 was part of the discussion. We are coming very close to activating the article,” he said.

Given the latest developments, we are getting very close to triggering article 7

After questions were asked, Timmermans made it clear that the triggering next week depended on developments in Poland until then.

On Sunday (16 July), thousands rallied in Warsaw and in other big cities against reforms that were passed by the Polish senate the day before, and more protests took place in the capital yesterday (18 July).

Two bills were adopted days earlier by the lower house of parliament and now they need only to be signed by President Andrzej Duda, who is closely allied with the PiS, to become law.

But Duda, in a surprise move yesterday, warned he would not approve the reform of the Supreme Court unless lawmakers amended the bill giving parliament greater control over KRS, the body that oversees the selection of judges.

Asked if the President’s amendments could be a game changer, Timmermans said that the Commission would, of course, study the adopted laws, but added that it was already possible to see now what would probably be the end result.

Timmermans explained that the Commission doesn’t need to consult with the Council or with anybody else for opening the Article 7 procedure.

Article 7 is seen as a “nuclear bomb” – a deterrent that should never be used – and this is why the EU introduced the “rule of law” mechanism, under which Poland currently finds itself, this being a precedent in EU history. But the Rule of Law mechanism says that if no solution is found in this framework, Article 7 TEU will always remain the last resort to resolve a crisis and ensure the member state complies with EU values.

Is Poland going to leave the EU?

EURACTIV.com asked Timmermans if Poland was going to leave the EU. The First Vice-President said the short answer was no, but also gave a long answer in which he emphasised the Polish people’s fight against communist oppression and its contribution to the processes that led to the fall of the Berlin Wall. He also compared Poland to Ukraine, saying that in the past, the two were comparable, while now Poland was well ahead, going as far as saying that there were no oligarchs in Poland, which is questionable.

One statement by Timmermans appears to indicate that the Commission hopes that the Polish people, once again would make the difference.

“I’m not Nostradamus and I don’t do great predictions, but I would venture into one.

“There is no way the Polish people will support a government that would advocate leaving the European Union. Poland is so much stronger from being a member of the EU, for the first time, in hundreds of years of history. Poland is master of its own destiny, and that is in part thanks to the EU. This is not something the Polish people will ever want to give up,” Timmermans said.

He also used strong language in defence of the freedom of the press in Poland, with reference to journalist Dorota Bawołek, the Brussels correspondent for Polsat, who received death threats and insults from fellow Poles after having asked a question in the Commission’s press room. 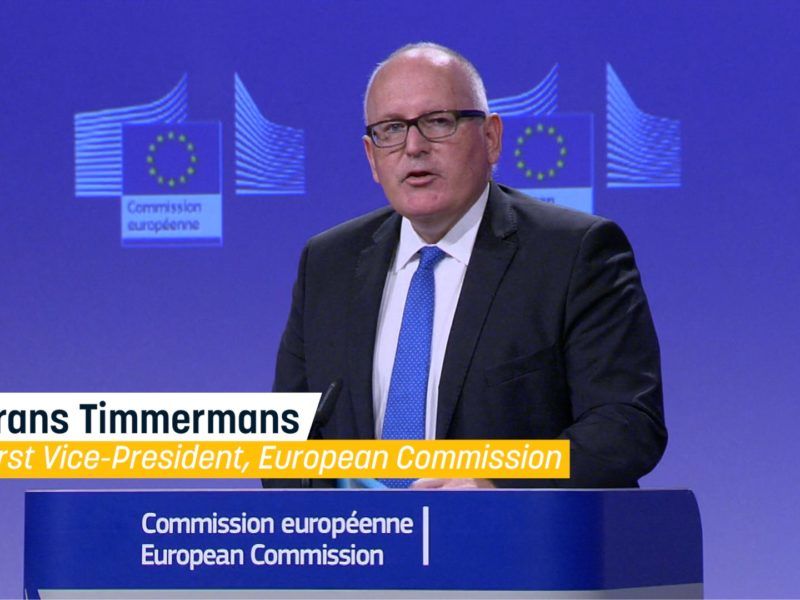 Timmermans: 'Journalists should not be intimidated at doing their jobs'

3 responses to “Timmermans dangles Article 7, makes appeal to the Poles”