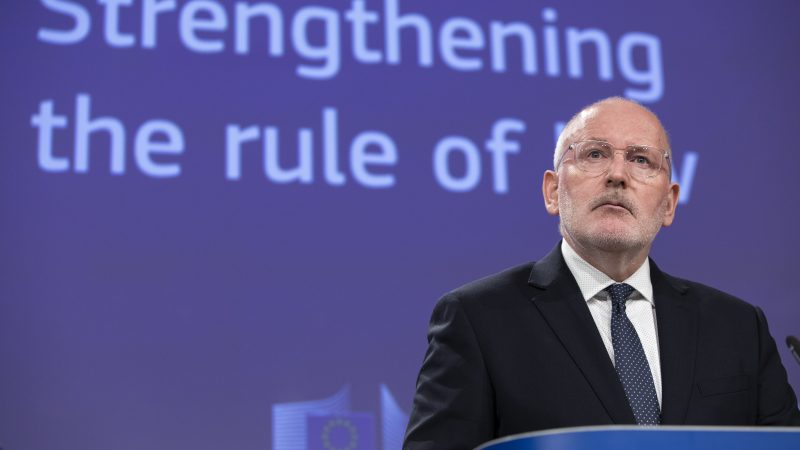 The European Commission launched on Wednesday (3 April) a process of reflection about whether member states would agree to be supervised on possible breaches of rule of law. The Commission First Vice President Frans Timmermans said it is now up to the capitals to decide if they want to “bite the bullet”.

The communication follows a joint proposal by Germany and Belgium for an annual rule of law peer review in all EU member states. The new mechanism is meant to be applied in parallel with the existing Article 7 procedure enshrined in the EU treaties. 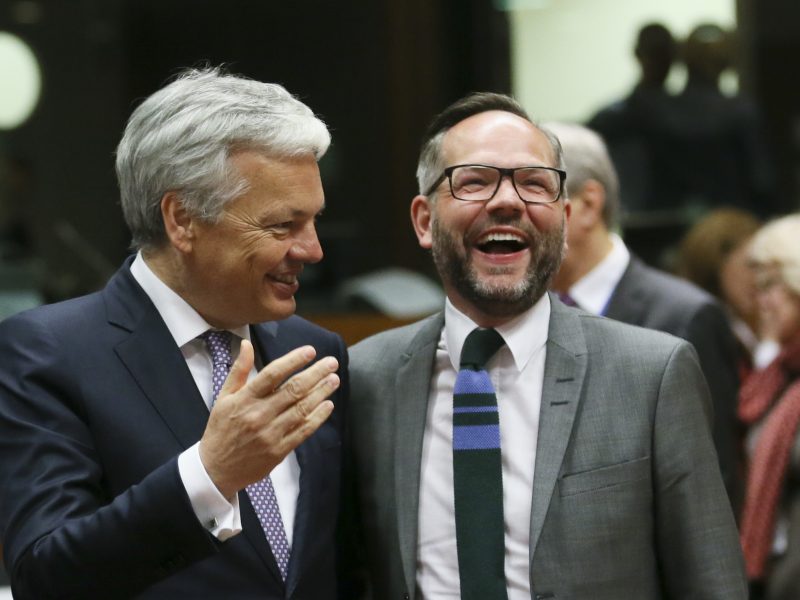 Faced with mounting challenges in several member countries, and with two Article 7 procedures already opened against Poland and Hungary, the Commission took a prudent approach, calling for a wide European debate on how the rule of law in the Union could be strengthened.

The #RuleofLaw is more than ever crucial for our democracies.
From early prevention to tailored response, we are opening a debate to better protect it in the EU.
Learn more about potential avenues for future action → https://t.co/yqAZNwWwUG pic.twitter.com/y8SIcf2RGV

The EU executive invited the European Parliament, the European Council, where EU heads of state and government meet, as well as the member states and stakeholders, including judicial networks and civil society, to reflect on the issue.

Based on this debate, the Commission will return with its own conclusions and proposals in June 2019, after the European elections.

Rule of law is a sine qua non for joining the EU, but once the countries are in, they often feel free to do what their internal political situation allows, including making systemic changes to their constitutional order and eroding the prerogatives of the judiciary to the profit of the executive.

Article 7, which has been often described as “the nuclear option”, may end up ineffective in the next European Parliament. For Article 7 to pass, according to the EU treaty, there is a need of 66.6% of support in the Parliament. The current legislature could secure such a majority, but it is unsure if the next one will.

“The functioning of the EU as a whole depends on the rule of law in all member states”, Timmermans said, stating the obvious but uncomfortable truth.

The First Vice President also made it clear he foresees no future changes to the EU treaties to address this. He hinted it would be better to make the existing instruments more effective and put in place an efficient peer review.

“There is still reluctance, I have to be honest about that, among member states, to address painful issues amongst each other. […] This is something the member states in the Council will have to face. If they want to be more effective, if they want peer pressure to work, they also have to bite the bullet sometimes. And how they do that is something they will have to decide, and the Commission is there to assist them”, Timmermans said.

In addition, the Commission launched an infringement procedure to protect judges in Poland from political control and issued a stern warning to Romania, which is expected to pass legislation sheltering top-level politicians from prosecution.

“I want to warn against any governmental action that would disrupt the Romanian judicial system, by creating a systemic de facto impunity for office-holders who were sentenced for corruption,” Timmermans said. “Such a move will compel the Commission to act swiftly,” he warned.

.@TimmermansEU #RuleOfLaw #Romania “Despite our constructive discussion with Romanian authorities, regrettably @EU_Commission has not been able to conclude Romania is on the right track. If our concerns are not met, @EU_Commission will have to act to safeguard #RuleOfLaw.” pic.twitter.com/SaHNtg3PDw

Timmermans said he had had several phone calls with Romanian Prime Minister Viorica Dăncilă but added that “talking for the sake of talking won’t be enough”.

“If these concerns are not met, the Commission will have to act and use the means at its disposal”, Timmermans repeated.

Journalists commented that, especially when speaking about the rule of law, Timmermans should avoid ambiguity about his own status, as he is also the Spitzenkandidat of the centre-left for the EU elections in May, but he insisted he was speaking in his capacity as a Commission official.

The more I listen to @TimmermansEU talk on rule of law and respond to questions, the more obvious it seems that spitzenkandidten should temporarily leave their EU paid roles during the campaign. Creates shades of political suspicion over all they do, fair or not.