The left-wing ruling party introduced several laws in late 2017, which have sparked protests domestically and concern from Brussels.

Speaking at a press conference after a visit to the capital Bucharest, Timmermans said: “We are now in the final stretch of a marathon. My message today was: don’t stop, don’t stand still and, for Heaven’s sake, certainly don’t run in the wrong direction.”

Timmermans emphasised that the EU’s current oversight mechanisms for Romania’s judiciary could only be lifted next year if the country follows the bloc’s recommendations on fighting corruption and protecting judicial independence.

“There has not been enough progress and in some areas there has been a standstill,” Timmermans said.

Late last year, Romania adopted three measures which critics say will undermine the independence of the judiciary and will make it harder to eradicate corruption.

Timmermans also took aim at a new process launched by the justice minister last week with the aim of firing the head of the DNA anti-corruption body Laura Codruța Kövesi. 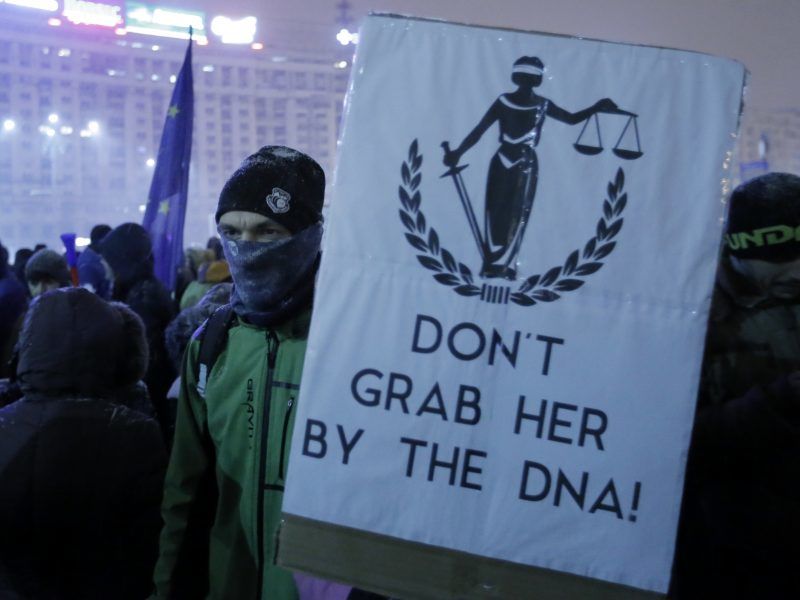 Romania’s judicial watchdog rejected yesterday (27 February) an application by the justice minister to sack the country’s main anti-corruption prosecutor, bolstering her case days after protesters massed in the streets to support her work.

The government accuses Kövesi of violating the constitution and damaging Romania’s image abroad.

Under her leadership, DNA has taken action against hundreds of local and national-level elected officials in recent years, earning the ire of sections of the political class and allegations of abuse of power.

“It is my firm conviction that the policing of magistrates should be done by magistrates… not by politicians and not by people in the executive,” Timmermans said.

On Tuesday Kövesi won the backing of the country’s top judicial body. The last word on her fate rests with centre-right President Klaus Iohannis, who has previously expressed support for Kövesi.

However, according to surveys Kövesi is one of Romania’s most popular figures and more than 94,000 people have signed an online petition calling on Iohannis not to dismiss her.