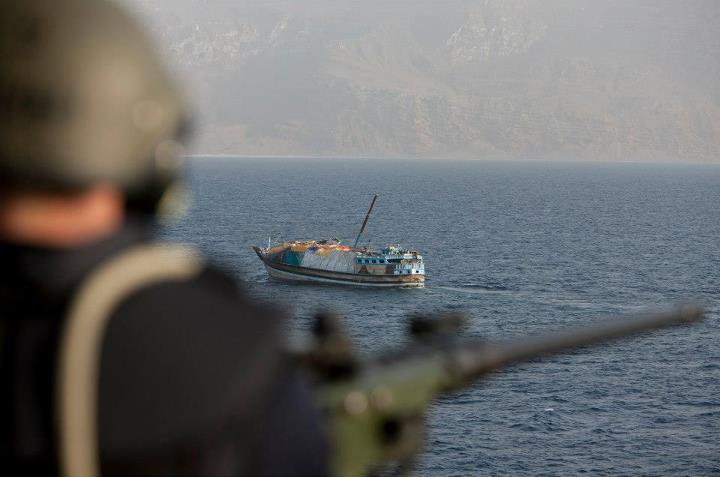 A NATO operation against pirates in the Gulf of Aden. [NATO]

“Turkey and Greece are both asking NATO to develop an overview of the situation with the national coastguards and Frontex,” the German official said, referring to Europe’s border protection agency.

Struggling to stop refugees streaming into Greece despite a deal between Ankara and the European Union to combat the flood, Germany and Turkey surprised partners this week by saying they would raise the issue with NATO.

Turkey has also said it is prepared to take back refugees who are rescued at sea or picked up by NATO, the official said.

Information gathered by NATO should also be passed on to Turkish authorities to go after people smugglers, the official added.

“It is not NATO’s remit to push back or stop refugee boats,” the official said.

NATO allies already have ships in the eastern Mediterranean, part of efforts to shore up Turkey’s air defences against missiles from Syria and Russian airspace violations.

More than 900,000 people fleeing Syria, Afghanistan and other war-torn or impoverished countries arrived in Greece from Turkey last year, often risking their lives to cross the Aegean in overloaded boats. Hundreds have died.

The Turkish government struck a deal with the EU in November to halt the outflow of refugees, in return for €3 billion in financial assistance.

The EU on Wednesday finally reached an agreement on how to finance the deal.

But the deal and the onset of winter do not appear to have deterred the migrants, with boats still arriving on the Greek islands daily.