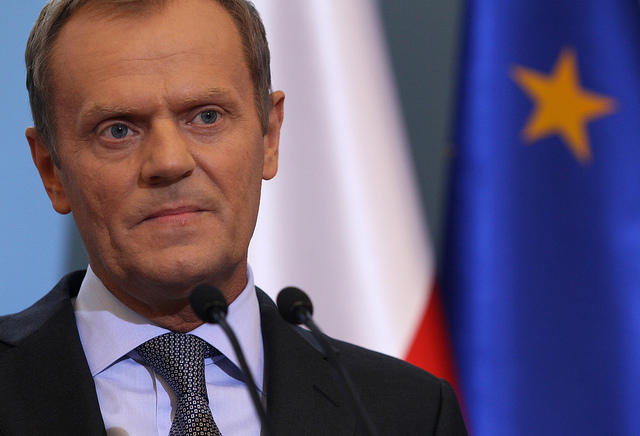 European Council President Donald Tusk has summoned EU leaders to an emergency summit next Wednesday (23 September) to discuss migration and a proposed scheme to distribute 120,000 asylum seekers across the 28-nation bloc.

European Union interior ministers failed on Monday (14 September) to agree on a quota system designed to spread the burden of this year’s huge influx of migrants into Europe, many of them fleeing conflict in Syria and Iraq.

German Chancellor Angela Merkel called for a special EU refugee summit on Tuesday (15 September), urging unity after an angry reaction to a suggestion by one of her ministers that states that did not take in their share of asylum seekers could face financial penalties.

Tusk said in a tweet on Thursday (17 September) that he had convened a summit on Wednesday at 6 PM CET to deal with the refugee crisis. Tusk warned last week that he would call a special summit if the ministers failed to agree on a solution at the Brussels meeting, warning of the need for “solidarity and unity.”

Interior ministers are due to revisit the mandatory relocation plan at an emergency meeting on Tuesday (22 September) after the European Parliament endorsed it on Thursday, with diplomats keen to avoid a new failure.

Hungary, Slovakia, the Czech Republic, Romania and Poland, all former Communist countries that joined the EU a decade ago, are the main opponents of compulsory quotas, arguing that they would draw more migrants to Europe and disrupt their societies, which are not accustomed to mass immigration.

Hungary rejected the scheme even though it, along with Greece and Italy, would be sending asylum seekers to other European states rather than taking them in. Budapest argues that most of the migrants arriving on its border first entered the EU in Greece. Hence, it should not be treated as a frontline state.

Germany and France, the main recipients of asylum seekers, may resist a voluntary system because they would likely end up with more refugees than under mandatory quotas.

It was reported yesterday that European authorities are prepared to drop the idea of a mandatory scheme to redistribute 120,000 asylum seekers around the bloc, in favour of the voluntary system.

But that was denied by Meena Andreeva, Commission Deputy Chief Spokeswoman. She said, “These media reports are false. President Juncker reiterated the Commission’s position in the College yesterday: our proposal for a mandatory relocation scheme benefitting 120,000 refugees in clear need of international protection remains on the table.

“The Commission will continue defending this proposal in the legislative process.”