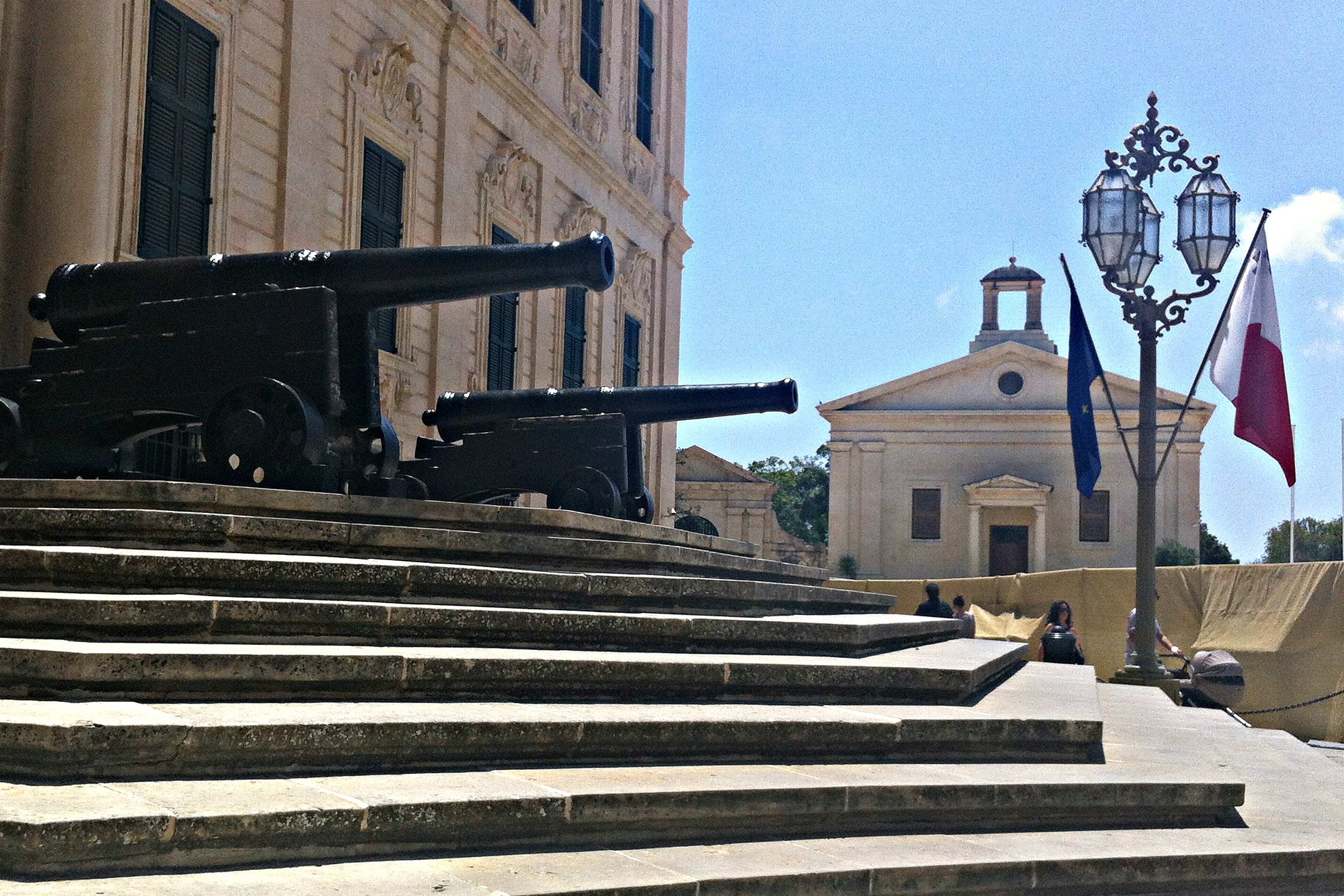 The Ministry of Foreign Affairs in Valetta. [Georgi Gotev]

European Council President Donald Tusk has called another EU summit on the migrant crisis, the fifth this year, this time in Valletta, on 12 November. The summit of the EU leaders will be held back-to-back with an EU-Africa summit on migration, which will start the previous day.

Migration summitry has produced many decisions, but has been followed by minimum implementation.

Since April, the 28 heads of state and government of the EU have met four times in Brussels. A special summit on migration was held on 23 April, followed by a regular summit with migration as its main item on 25-26 June. An informal summit on the refugee crisis was then held on 23 September, followed by a regular summit with migration as main item on 15 October. Finally, a mini-summit on the Western Balkans route, gathering 12 countries, was held on 25 October. The latter was called by Commission President Jean-Claude Juncker, and held in the Commission.

This time, it looks like the Council and the Commission seek to bring together the heads of state and government to adopt conclusions as a binding text to disburse significant funding to the African countries, to alleviate the migration pressure from the continent.

But more importantly, the extraordinary summit is needed to finalise an agreement to pay Turkey billions of euros in exchange of its cooperation to help stem the main flow of refugees to Europe, which comes through its territory. The sum of €3 billion has been mentioned and deemed “realistic” by German Chancellor Merkel, although Ankara considers it insufficient.

On 15-16 November, Turkey will host a G20 summit in Antalya, and Juncker hopes to finalise the deal with his host, Prime Minister Ahmet Davuto?lu, on the fringes of the gathering of the leaders of the 20 major economies.

The Valletta summit on migration is expected to see the launch of the Africa Trust Fund of €1.8 billion, aimed at dealing with the root causes of the refugee crisis.

Last week, Juncker made an appeal to the European Parliament, and to member states, to find innovative ways of financing the migrant crisis, as the EU coffers are running dry. He insisted that EU states had not met to deliver on the commitments they made at the 21 September summit, and that they still needed to deliver €2.3 billion.

“I don’t want to arrive in Valletta with promises not kept,” Juncker said.

“How can we engage in a serious and responsible dialogue with our African cousins if we are unable to keep the promises we made to them? We need to arrive in Valetta with pockets full not only with promises, but with promises kept,”  he said.

The Valletta conference is expected to buy the cooperation of the African leaders in exchange for promises for legal migration channels, and readmissions of migrants who do not qualify for asylum-seekers.

In his letter, Tusk mentions the need to step up cooperation with Turkey and other third countries to stem the flows of refugees, but also to deliver on the commitments already made, concerning the relocation of asylum-seekers from Italy and Greece to the rest of the EU.

“As I have warned before, the only way not to dismantle Schengen is to ensure proper management of EU external borders. We must do all we can to keep Schengen intact, and so any initiative that may lead to the reestablishment of borders within Schengen should be withheld. If we are to avoid the worst we must speed up our actions,” Tusk writes in his invitation letter to EU leaders.

According to EU legislation, controls at internal Schengen borders can be reestablished temporarily, but for no longer than 2 months. As internal controls become widesprea,d with no clear prospect of a better situation, Schengen could well be considered as dead. This however is a bitter pill to swallow, as the borderless space has been considered as one of the major achievements of the EU.

Among the more than 600,000 migrants and refugees who have crossed to Greece this year, 94% came from the world’s top 10 refugee-producing countries.

About 3,440 people have died, or gone missing trying to cross the Mediterranean to Europe, this year, according to data by the UNHCR, the UN refugee agency, last week.

More than 218,000 people made the perilous journey across the Mediterranean to Europe in October – a monthly record and nearly the same number as in the whole of last year, according to the UN.

The soaring numbers of arrivals last month brought to more than 744,000 the number of people who have made the journey so far this year.