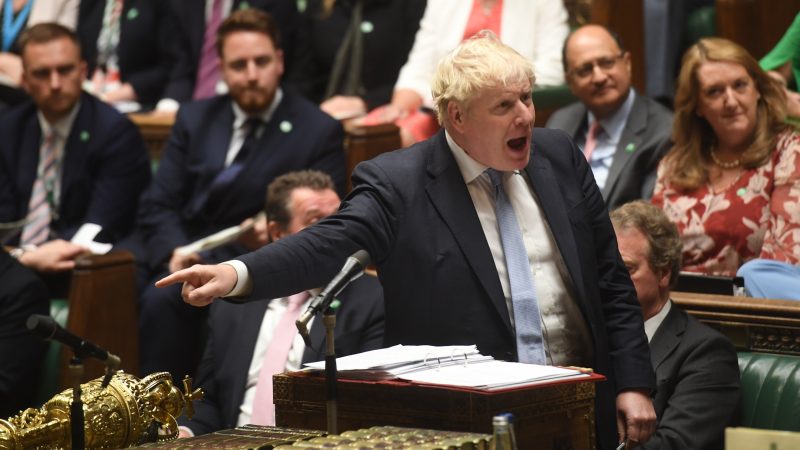 British Prime Minister Boris Johnson on Wednesday told parliament that Britain must use every possible tactic to halt the "vile trade" of traffickers bringing record numbers of migrants. [EPA-EFE/JESSICA TAYLOR]

Britain and France locked horns on Thursday (9 September) over reported plans by London to turn back boats carrying migrants across the Channel, triggering alarm and anger in Paris.

At least 14,100 people have now crossed the Channel to the UK on small boats this year, according to Britain’s domestic Press Association news agency – some 6,000 more than for the whole of 2020.

A record 828 people crossed over from France on a single day in late August, as traffickers took advantage of favourable late-summer weather.

The growing number of boats is proving increasingly embarrassing for Home Secretary Priti Patel, who has carved out a reputation for being tough on immigration and law and order.

“Taking back control” of Britain’s border was a key part of the campaign to take the country out of the European Union in the divisive 2016 Brexit referendum.

But several newspapers said she has now secured legal advice and sanctioned the use of “pushback” tactics to turn back the small boats before they reach Britain’s south coast.

Prime Minister Boris Johnson’s Downing Street office said Thursday that “it’s right that our Border Force has the right range of tactics to address this problem”.

Patel has also reportedly threatened to withhold £54 million (€63 million) in funding pledged to Paris to help tackle the issue.

“France will not accept any practice that breaks maritime law, nor any financial blackmail,” Darmanin wrote on Twitter, a day after meeting Patel.

France has a policy of not intercepting or turning back migrant boats unless they ask for help, and instead escorts them to British waters.

That has stoked anger in Brexit-supporting sections of the British media and the government in London, who accuse France of shirking its responsibilities.

But France disagrees, with an interior ministry source stressing it has 670 police and gendarmes stationed along the stretch of coast used to launch boats.

Last year, France stopped 62.5% of migrants from making the crossing, up from 52% the previous year, the source said.

“So it’s a bit much to hear that France isn’t honouring its commitments.” 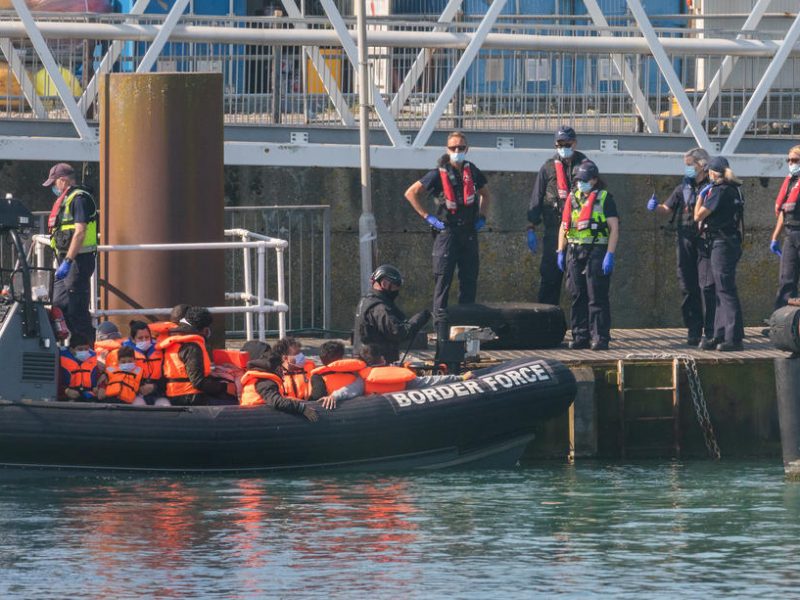 Home Secretary Priti Patel and French Interior Minister Gérald Darmanin held talks on Wednesday amid a growing row over the number of migrants crossing the English Channel to the UK.

Britain had agreed to pay France if its navy prevented boats …

It also dismissed the claims of blackmail, saying “we’ve provided our French counterparts significant sums of money and we’ve agreed another bilateral agreement backed by millions of pounds.”

Britain’s reported new strategy has been trialled for months, overseen by the Royal Marines, the Daily Telegraph said.

However, Border Force officials have told ministers the tactic could only be used in certain circumstances and was not a “silver bullet”, it added.

Johnson on Wednesday told parliament that Britain must use every possible tactic to halt the “vile trade” of traffickers bringing record numbers of migrants.

Johnson praised Patel for dealing with the problem “in the best possible way, which is to make sure that they don’t leave those French shores”.

In cooperation with Britain, France has doubled police numbers on its beaches, preventing more than 10,000 crossing attempts.

MPs are scrutinising proposed government legislation that would make it harder for those who enter the UK to stay by claiming asylum.

Controversially, it would make it a criminal offence to knowingly arrive in the UK without permission, angering organisations working with asylum seekers. 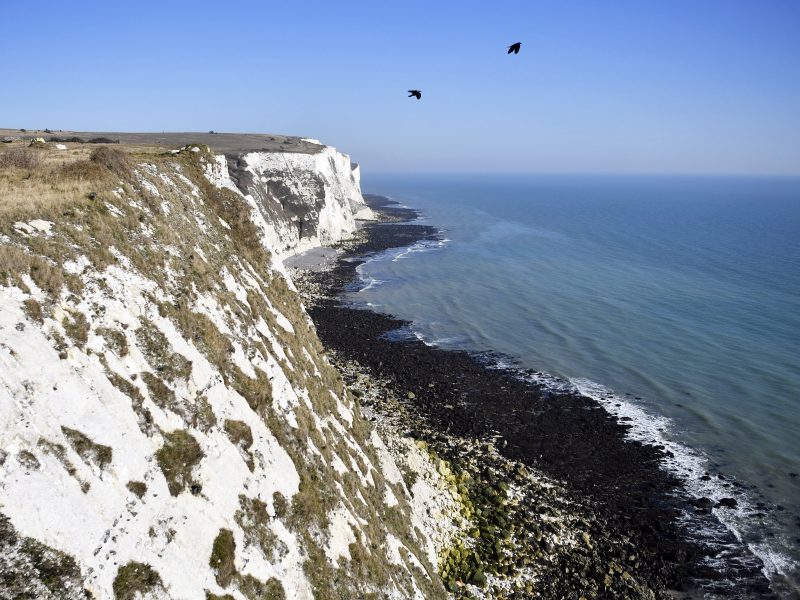 Britain’s armed forces have been asked to help deal with boats carrying migrants across the Channel from France, the Defence Ministry said on Saturday (8 August) after a spate of arrivals on the southern English coast.