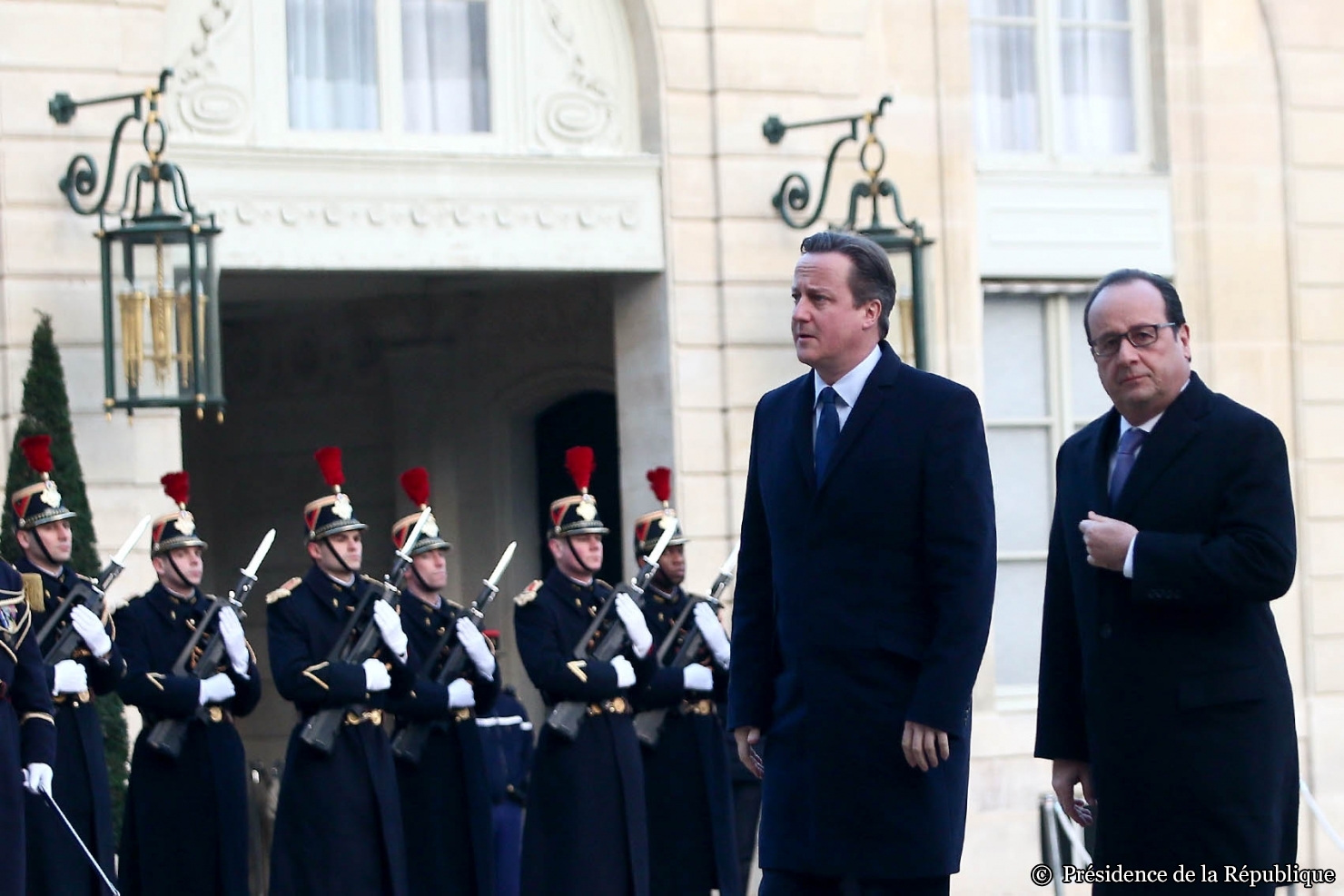 Britain on Monday (23 November) offered France use of an airbase in Cyprus for its strikes on Islamic State in Syria as President François Hollande prepared to ask other world leaders for help fighting the militant group.

On a visit to Paris today, British Prime Minister David Cameron also offered air-to-air refuelling services, saying he was convinced Britain should carry out military air strikes alongside France and would be recommending Britain’s parliament vote through such measures.

France has stepped up its bombings in Syria since the 13 November attacks in Paris claimed by Islamic State that killed 130 people. The group is also being targeted from the air by a US-led coalition and Russia.

“Later this week, I will set out in parliament our comprehensive strategy for tackling ISIL (Islamic State),” Cameron said at a joint news conference after a meeting with Hollande.

“I firmly support the action that President Hollande has taken to strike ISIL in Syria and it is my firm conviction that Britain should do so too,” he said.

Cameron is eager to avoid a repeat of 2013, when he lost a parliamentary vote on air strikes against Syrian President Bashar al-Assad’s forces. Britain is already bombing Islamic State in Iraq.

Hollande said France planned to intensify its air strikes on Islamic State targets in Syria with its sole aircraft carrier, the Charles de Gaulle getting into position on Monday for strikes.

The Cyprus Akrotiri air base could offer a further alternative strike base for French fighters, which until Monday have used bases in Jordan and the United Arab Emirates.

On Tuesday (23 November), Hollande is due to visit Washington where he hopes to overcome President Barack Obama’s reluctance to get sucked further into the Syria conflict.

Speaking before Hollande’s trip, which will be followed by a visit to Russia later in the week, French officials made no secret of their desire to see the United States do more.

>>Read: Steinmeier: Russia is serious about solution in Syria

In between the two trips, Hollande is due to receive German Chancellor Angela Merkel on Wednesday night (25 November) and Italy’s President Matteo Renzi on Thursday morning (26 November).

“We all need each other, so we have to find ways to coordinate” French Defence Minister Jean-Yves Le Drian said on Sunday (22 November). “We can do that without a combined military command structure, we just need to talk to each other.”

Le Drian also said some of its EU partners should be able to provided logistical help in Africa, where the deployment of French forces is stretching resources.