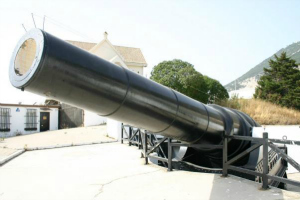 A spokesman for UK Prime Minister David Cameron told journalists yesterday (12 August) Cameron was "very disappointed" by Spain's failure to remove the checks over the weekend.

The spokesman called Spain's actions "disproportionate and politically motivated", saying they could pave the way for "unprecedented" potential legal action.

"If we go down this route, we would press upon the EU the need to pursue this with a matter of urgency," the Downing Street spokesman said.

He refused to confirm what form such action might take, although it is likely such legal action would begin with a complaint to the Commission.

The Spanish government, which said its checks are essential to stop smuggling, is refusing to relax the border controls. The threat of legal action by the UK follows reports over the weekend that Spain intends to lodge a complaint with the UN.

Last weekend (11 August), newspaper El Pais said Spain could take the matter to the International Court of Justice, the UN General Assembly or the UN Security Council, where Spanish Foreign Minister José Manuel García-Margallo will seek support from Argentina, which is serving a term as a non-permanent member.

"We are studying taking the matter to the UN and these are all options that are being considered," the source said, commenting on the report in País.

According to the same daily, the Socialist opposition said that Spain should ask the EU to intervene in the handling of the Gibraltar issue and avoid "false alliances" and adventures.

Spain looks to Argentina for support

"The minister is travelling to Argentina in September and plans to exchange ideas over the matter," he added. Argentina is immersed in its own dispute with Britain over the sovereignty of the Falkland Islands.

Spanish Prime Minister Mariano Rajoy threatened unilateral measures over the Gibraltar spat on Friday, while British navy vessels were heading to the territory for what both Spain and Britain have played down as a routine, scheduled visit.

Rajoy and his British counterpart David Cameron had agreed to try and calm tempers over the disputed territory, though both sides have been reluctant to back down on their positions.

Gibraltar, the tiny rocky promontory near the southern tip of the Iberian Peninsula, has been a source of on-off tensions since Spain ceded the territory to Britain in the Treaty of Utrecht 300 years ago.

The latest dispute arose last month when Gibraltar's boats dumped concrete blocks into the sea to create a reef for fish at the mouth of the Mediterranean.

Spain said the reef would restrict its fishing boats and hit back with tougher border checks and threats of a 50-euro fee for people crossing the Gibraltar border. It is not clear whether such a fee would be legal under EU law.

In an interview on Spanish television on Saturday, Margallo said the entry fee would not be imposed on workers who frequently cross the border for their jobs and pledged aid to the fishermen whose livelihood is being hit by the reef.

Royal Navy warship HMS Westminster is due to dock at the British territory within a week as part of an annual deployment, and it will be accompanied by two auxiliary naval ships on its stop. The deployment is part of a scheduled exercise, but could stoke popular tensions in both Spain and the UK.

Meanwhile the EU Rights Clinic – an NGO – claims it has received over 80 detailed complaints from EU citizens complaining about excessive delays at the Spanish-Gibraltar border crossing that left them waiting between 3 to 8 hours to cross the border in either direction on and around the week-end of 28/29 July 2013.

"Free movement of persons can only be restricted on public interest grounds,” said Anthony Valcke, a solicitor at the EU Rights Clinic.

“Combating smuggling and fiscal evasion are legitimate aims but they have to be carried out in a manner which is necessary and proportional. The measures here do not appear proportionate – the aim is not achieved if checks are being carried out half-heartedly - and nor do the measures appear necessary - because there could be alternative and more efficient ways of carrying out such checks. Furthermore, the EU Court of Justice has previously ruled that checks on persons who move freely around the EU should not be carried out on a systematic basis,” Valcke added.