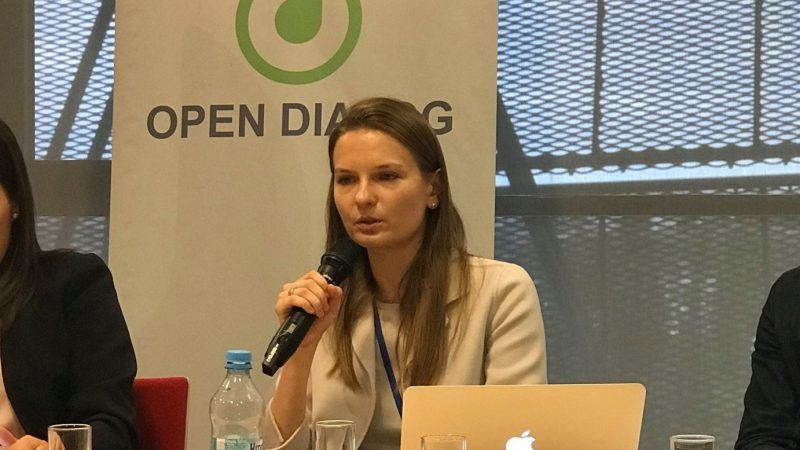 Lyudmyla Kozlovska, the president of the Warsaw-based human rights organisation Open Dialog, said she was stopped by Belgian border guards when she arrived in Brussels late Monday (13 August).

Kozlovska said the guards told her she had been put on a list of people to be deported from the Schengen zone -26 countries which are part of the European free movement area- at the request of Polish officials.

The guards informed that her name was on the highest alert level in the Schengen Information System (SIS), she said.

She was then put on a flight to Ukraine’s capital Kiev, where she remains.

Polish officials, including the government’s Office for Foreigners, refused to confirm or deny the allegation to AFP.

“I don’t know what I did wrong… We thought Poland wouldn’t do this… but we expected it,” Kozlovska told AFP in Kiev.

She is married to Bartosz Kramek, a Polish opposition activist who has repeatedly spoken out against the country’s conservative Law and Justice (PiS) government.

“We were under intense pressure. The foreign ministry wanted to change the management of our organisation and to exclude me. They didn’t succeed and so they decided to physically remove me from EU territory,” she added.

Kozlovska had been travelling to Brussels to visit an office of Open Dialog, which works with political prisoners most notably in Kazakhstan, Moldova and Russia.

The Schengen Information System was set up to allow police forces in European Union member states to share data and preserve internal security.

“It’s completely impossible for me to go to SIS countries,” Kozlovska said.

“And even my US and British visas risk being revoked or have already been cancelled because Poland marked me as… someone particularly dangerous. Without explanation,” the activist denounced.