UN says one million refugees should be no problem for EU 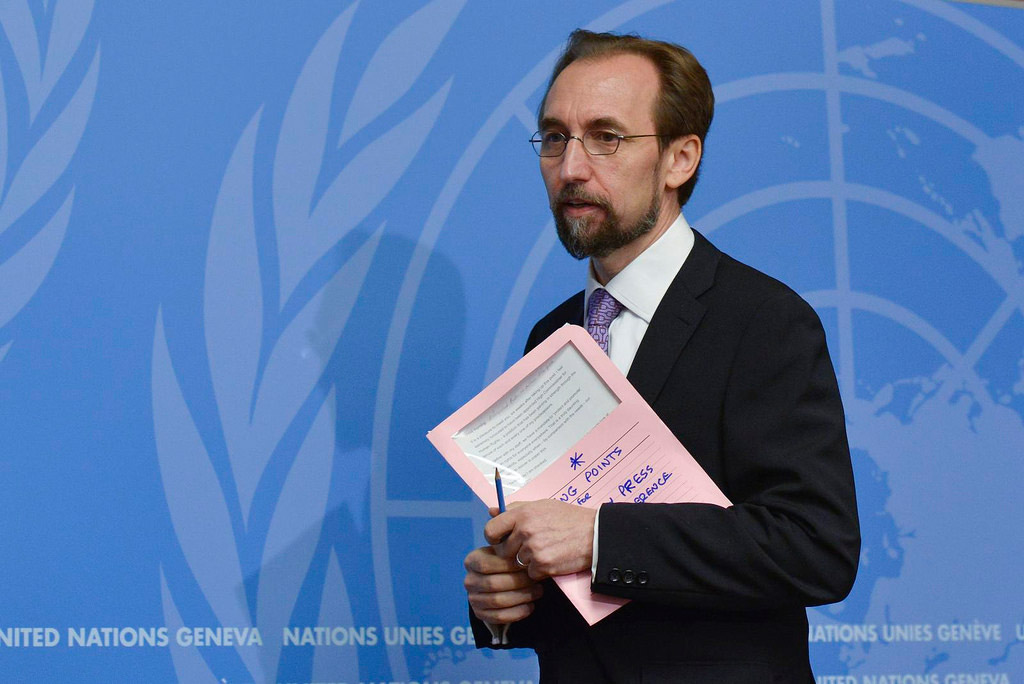 The UN rights chief yesterday (15 June) called for the European Union to take bolder steps to address its swelling migrant crisis, insisting the bloc could easily take in one million refugees. The announcement coincides with today’s meeting of EU interior ministers who find it difficult to re-distribute 40.000 asylum seekers from Italy and Greece to other countries of the Union.

“It is well within the EU’s means to give refuge, over a number of years, to one million refugees displaced by the conflicts in Syria and elsewhere,” said Zeid Ra’ad Al Hussein.

“This would represent barely 0.2% of the EU’s population,” he told a special debate on migrant rights at the UN Human Rights Council, pointing out that Lebanon has already taken in 26% of its population in refugees.

Zeid Ra’ad Al Hussein didn’t mention his own country Jordan, which as of May, had 627,000 Syrian refugees registered with UNHCR.

His comments came as surging numbers of migrants and refugees have been risking their lives on rickety boats to reach safety in different parts of the world.

More than 100,000 people have made the perilous journey across the Mediterranean to Europe so far this year, and some 1,800 have drowned trying.

“When people are unable to use regular channels to escape oppression, violence and economic despair, they may attempt, in desperation, to find irregular ones,” Zeid said.

Latvian ambassador Raimonds Jansons, speaking on behalf of the EU, insisted the bloc was trying to address the problem.

“The situation that Europe is facing at its southern external borders is unprecedented, not only in terms of the number of migrants and refugees arriving by boat, and the tragic loss of life in the Mediterranean, but also in terms of the response it has triggered” by the EU, he told the council.

According to the International Organization for Migration, nearly 50,000 people have been rescued since the beginning of the year in the waters between Libya’s coast and Italy largely thanks to recent increased efforts by Europe to patrol the water routes.

Zeid commended the EU for its “recent determination to tackle migration in a more comprehensive manner,” but insisted a greater shift in approach was needed.

“The resources currently deployed for ineffective border control systems could instead be invested in maximising the benefit of regular migration channels,” he insisted.

He said Europeans should recognise the benefits of migrants, and should work harder to counter the “growing bigotry about migrants, which is often suffused with racism and religious hatred and stirred up for political gain.”

“Every European knows that racial and religious prejudice is combustible,” he said, adding he was “shocked and shamed by the frequent demonisation of migrants.”

>>Read: Why we all need an EU migration agenda

The top UN expert on the human rights of migrants, François Crépeau, also insisted that making it easier to migrate legally was a major part of the puzzle.

“Migrants often have very few options, if any,” he said, insisting “sealing borders does not work.”

He compared today’s lawless situation, where traffickers run rampant, with the Prohibition era in the United States, where “the mafia created by the prohibition policies were only defeated when the sale of alcohol was legalised, regulated and taxed.”

“States need to reclaim the mobility market by offering better mobility options than what the smugglers are offering,” he said.

EU interior ministers are meeting today in Brussels to discuss the Commission’s proposals for redistributing 40.000 of migrants from Italy and Greece to the other EU countries. In case of absence of agreement, Italian Prime Minister Matteo Renzi has warned of a “plan B” according to which Rome could deny entry to its ports to ships saving migrants from drowning in the Mediterranean.

Meeting on short notice for an extraordinary summit on 23 April 2015, EU leaders dealt Jean-Claude Juncker a double-blow on immigration. First, his proposal for legal migration was not supported. Second, he tried to secure resettlement across Europe for 10,000 refugees. Instead, he had to settle for a first voluntary pilot project on resettlement for those qualifying for protection.

Among 17 proposals in a summit communiqué, leaders agreed to "undertake systematic efforts to identify, capture and destroy vessels before they are used by traffickers". It is unclear how that may be achieved, and several EU leaders said they would need a UN mandate in the absence of a viable Libyan government.