US, EU Commission ‘concerned’ over suspension of Romanian judge 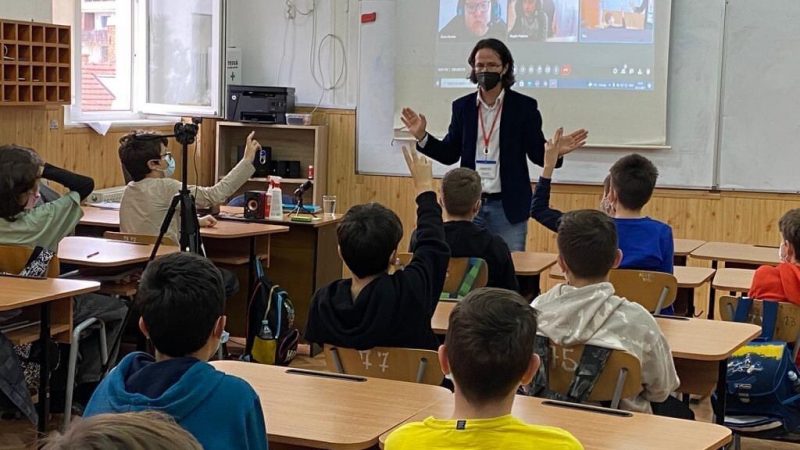 The US Embassy in Bucharest and the European Commission on Wednesday (15 December) expressed “concern” after Romanian judge Cristi Danileţ was expelled from the magistracy over TikTok posts.

“We are following latest developments regarding disciplinary measures against Romanian judges with serious concern”, a spokesperson of the EU Executive told AFP.

The decision to expel Danileţ was taken on Tuesday by the Superior Council of Magistracy, a body which oversees the independence of Romania’s judiciary. It accused Danileţ of “behaviour that affects the image of the justice system”.

“Today I was expelled for two clips I published last year on TikTok: one in which I cut a garden hedge at home and another in which I’m cleaning a pool”, Danileţ wrote on Facebook, where he has over 90,000 followers, adding he will challenge the decision at the Supreme Court.

“Deeply concerned by judge Danileţ’s expulsion from the Romanian magistracy. An independent judiciary is essential for any democracy”, the U.S. Embassy in Romania said in a statement.

Cristi Danileţ, who works at a court in the central city of Cluj, is well-known for his social media posts and as an outspoken critic of plans to weaken anti-corruption efforts. He also published a handbook of judicial education for children.

His case carries echoes of Romania’s recent past, when the Eastern European country was at loggerheads with the EU Commission and other partners because of controversial attempts to overhaul the judiciary.

Thousands took to the streets in 2017 and 2018 to defend the independence of the judiciary, in what became Romania’s largest street demonstrations since the fall of communism in 1989.