Why Angela Merkel is so generous to the refugees 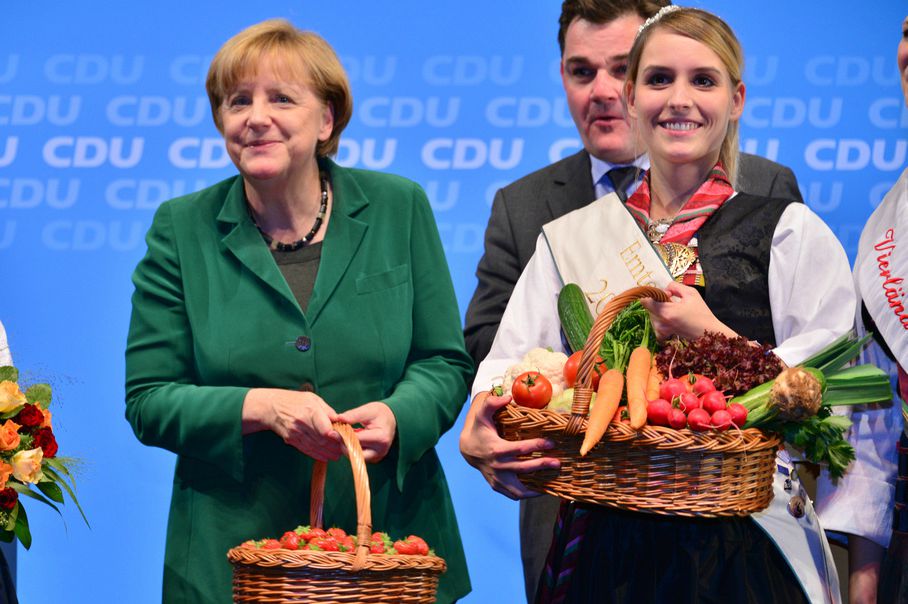 The German government has set aside €6 billion for the settlement of refugees. The Chancellor has many reasons for this magnaminity. La Tribune reports.

Germany’s generosity towards the refugees shows no sign of abating. Following a crisis meeting between the three parties of the governing coalition, Berlin announced plans to allocate €3 billion to the regions to deal with the mass arrival of refugees from the Middle East, with a further €3 billion allocated at federal level.

This €6 billion plan represents almost 60% of the extra expenditure planned under the federal budget for 2016. If anything positive has come out of the migration crisis, it has been to force Germany to increase public spending.

This is good news for the whole of Europe, even if the macroeconomic impact of the sums in question will be minimal. But in a country afflicted by chronically low levels of state investment, even by the admission of the German business federation, the BDI, this extra expenditure should be taken as a positive sign.

The state plans to build winter accommodation for 150,000 people. A further 300,000 lodgings will be provided by Germany’s local authorities, which will have privileged access to finance from the KfW bank, the German public development bank.

In any case, Angela Merkel has proved that she is willing to pay the price to host the refugees. But why such generosity?

Firstly, because of the expectations of the German public, who were awake to the problem long before the famous photograph of the Syrian child dead on a Turkish beach; the German summer was marked by a series of attacks on asylum seeker centres, mainly in the former GDR, and particularly in Saxony.

In a country that is naturally highly sensitive to this sort of behaviour, these attacks played a decisive role in shaping support for asylum seekers among the moderate German public.

Angela Merkel followed her usual strategy of spontaneously following the will of her people. Her reaction to the explosion of the nuclear power station in Fukushima in 2011 was to commit to a rapid decommissioning of Germany’s nuclear power stations, despite her adoption in October 2010 of a law prolonging the life of nuclear reactors. In the case of the refugee crisis, the expectations on the Chancellor were the same.

Even the most conservative of the German press, usually easily given to xenophobia, have this week encouraged support for the refugees. Angela Merkel allowed herself to be swept along with the tide of public opinion, and proved that she is in touch with the people.

For the Chancellor, this is also an opportunity in terms of European policy. By taking a different position to most EU leaders, she has presented herself as the champion of refugees on the continent.

Photos of the Chancellor surrounded by refugees support this image, which has helped her to once again set the agenda in Europe. In the scramble for approval that followed, other leaders were keen to demonstrate their openness to refugees. The most desperate-looking of these was surely the Finnish prime minister’s announcement that he would host refugees in his own home.

Angela Merkel’s decision to take the initiative will give her the upper hand in the coming European negotiations.

This opportunity for the Chancellor to give her country’s image a makeover was too good to miss. Germany has suddenly become an image of openness, generosity and solidarity, a total change from the egotistical and hard image the country acquired during the Greek crisis.

It is also an opportunity for Angela Merkel to gloss over the general indifference to the management of the migratory crisis in Greece and Italy, the two main countries affected. And it is also a way to avoid the fact that Germany does not participate, and has always refused to participate, in preventative military action on the ground.

In the end, what remains are the images of enthusiastic Germans welcoming refugees in Munich, in contrast to Hungarian violence, French hesitation and British hostility. The Chancellor said on Monday (7 September) that “Those who have helped have conveyed an image of Germany that we can be proud of.”

>>Read: Immigration to Germany in 2014 at highest level in two decades

By winning the battle of communication, Germany has put itself in a position of strength to impose its preferred solution on other EU member states in the weeks and months to come. And this new, positive image of Germany may yet play an important role in negotiations on other subjects, such as eurozone reform.

Besides these political considerations, there is obviously also an economic element to the German position. Germany’s demographic situation is alarming, and the country needs more people.

The upturn in German consumption, while real, is too weak to have a noticeable effect on the employment statistics or to raise salaries. Germany clearly needs to boost its population with young consumers.

So these 800,000 migrants are a blessing for the German economy, especially as 46% of German employers are currently having difficulty recruiting.

In its action plan from Sunday evening, the federal government decided to make access to the labour market easier for migrants by reducing the minimum waiting time before they can look for work from four months to three. Job centres will also hire more people to offer the migrants work and training.

But it is not certain that this question was central to Angela Merkel’s decision to open the German borders. In reality, most of the migrants will not be able to immediately fill the existing gaps in the labour market, as over half of these concern skilled positions for which they would lack the qualifications.

Angela Merkel has long supported a more positive immigration policy to prepare the country for the future: the real demographic crisis will hit in 2025.

Angela Merkel also finds herself in a delicate political situation. Since 2005, she has been performing a skillful balancing act by bringing her CDU party closer to the political centre, whilst keeping the most right wing of the German conservatives inside the party.

Germany’s European policy has all been calibrated to help the government pick its way through this difficult situation, which was for a time exacerbated by the rise of Alternative für Deutschland (AfD), an openly Eurosceptic party.

This balancing act is ongoing. By jumping on the band waggon of public opinion, Angela Merkel has neutered the more virulent right-wing critics, who want to avoid being bundled together with the more violent nationalists.

The AfD, which hardened its discourse on immigration in June, will certainly be the first victim of this change in the rules. Since the end of August, the party has polled at around 3%, compared to 5% before the summer.

The Chancellor can ill-afford to alienate the right, and the Bavarian CSU has started to show signs of discontent. The party’s president, also Minister-President of Bavaria, Horst Seehofer, demanded on Sunday that Angela Merkel “stop the flow” of refugees.

Angela Merkel was then forced to make certain compromises in the federal refugee plan to appease the right. These included giving Macedonia, Albania and Kosovo “safe country” status, so that any asylum applications from citizens of these countries can be immediately dismissed, and any migrants who have already been granted asylum can be expelled. The CSU was keen to keep the distinction between economic migrants from the Balkans and refugees from the Middle East.

Under the new rules, refugees will also only be entitled to aid such as food and clothes, and not, as has been the case up to now, a cash allowance. This too is a response to the populist criticism of the CSU. And finally, asylum seekers whose applications have been rejected will now have only three months, instead of six, to leave the country.

So the Chancellor is working to keep a lid on the anger of the CSU, which is being intensified by the fact that Bavaria is the country’s front line in the crisis. The contradictions are clear: the scenes of welcome in Munich are certainly not representative of the feeling across Bavaria, Germany’s conservative stronghold.

The need for a European solution

Having said that opening the borders was “a temporary measure”, Angela Merkel now has to quickly find a European solution to the crisis. Last week she advocated a “European distribution” of migrants. But in reality, it is not certain that the Chancellor will be able to maintain her current policy of openness once the enthusiasm of the early days has worn off and the right wing critics get back to work.

She must quickly capitalise on the position of strength she has acquired in recent days to impose the quota system on all EU member states. Paradoxically, the main obstacles to this policy may be the countries of central Europe, which have in the past been Berlin’s strongest allies, including during the Greek crisis.