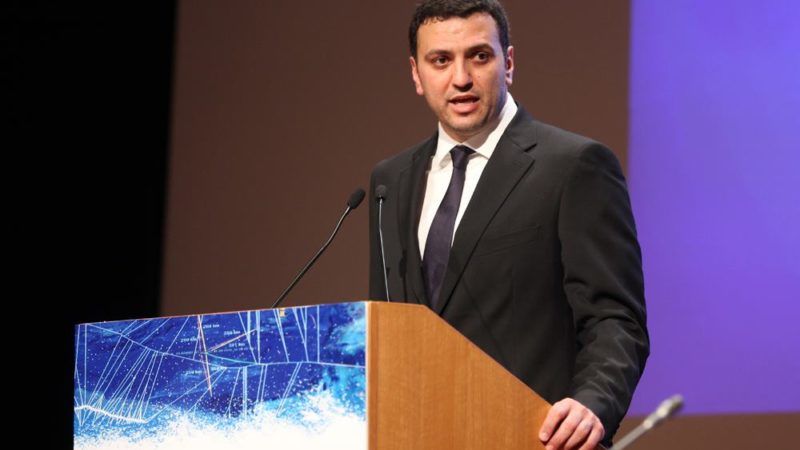 Vasilis Kikilias is a member of the Greek parliament and spokesperson for the main opposition New Democracy Party.

New Democracy respects and honours the freedom of speech and has fought for it repeatedly, defending plurality. At times with great cost, I might add.

It is our belief that bone fide criticism in the context of democracy, truth, and journalistic research promotes public discourse and strengthens citizens’ independence and overall understanding.

Journalism may well be called the fourth power, but the challenges it faces make it particularly difficult for journalists to perform their tasks.

The chronic pathogenicity of the Greek media has grown due to the crisis in recent years, radically altering the landscape of information.

The economic hardship accelerated the end for the traditional media, the change of ownership for other (media) and caused great uncertainty both for workers and journalists.

Unfortunately, the Syriza-Independent Greeks [Anel – junior coalition partner] government, which made its motto the battle against corruption during its election campaign, is building new networks of corruption while still talking with the old ones, aiming to control and restrict the freedom of the press.

This “authoritarian” tactic was clearly portrayed in the disastrous tender for TV licenses where the government arbitrarily decided that existing TV channels would be closed and only four would be left.

At the time, New Democracy had made it clear that it would not accept nor legitimise a tender in which Greece’s independent regulatory authority did not participate, resulting in a direct violation of the Greek Constitution.

The Council of State rose to the occasion and ruled the Greek Minister of Digital Policy, Media and Telecommunications Nikos Pappas’ law unconstitutional, thus preserving the country’s name as a modern European democracy.

EXCLUSIVE / The Syriza-led government is determined to put Greece’s TV landscape in order, despite its top court’s conclusion that a relevant media law is unconstitutional, Greece’s Minister of State Nikos Pappas told EURACTIV.com.

In any case, it is blatantly clear that the government’s plans to put information under its full control will not stop here.

Mr. Tsipras and his governing partner and President of the Independent Greeks Panos Kammenos, will do anything in their power to pass the Pappas law via the back door. We sincerely hope that such efforts shall fail too.

Those building a media oligarchy by limiting pluralism and plurality of opinions are actually turning against democracy itself.

Those who want to manipulate the media and use them as a vehicle to blackmail political figures, parties, and consciences, be sure that they will find us against them.

The quality and level of all powers, including the Press, is ensured by respecting their distinct role and responsibilities, and by mutual controls to avoid the misuse of power.

From George Orwell, who argued, “Journalism means to publish what may annoy others; otherwise it is public relations”, to the digital revolution and the rising phenomenon of fake news, information has gone through many stages.

At the end of the day, the truth will prevail over lies.