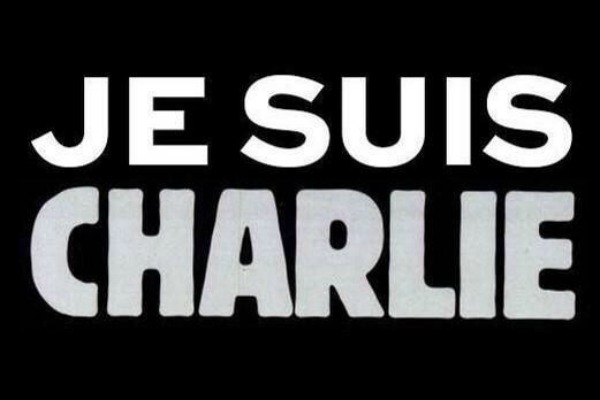 Today, it is necessary to bravely ask the question about how to increase security in Europe, even if certain issues look controversial, writes Micha? Boni.

Micha? Boni, MEP (EPP), is a former Polish minister of Administration and Digitization

Grief and determination to always defend the freedom of speech remain. But as times passes, we feel less and less emotional about the terrorist attack in France. The beautiful solidarity of thousands people marching together showed that freedom and democracy are the right tools in the fight with terror.

Comments on the Internet saying that the march in Paris was hypocritical, taking into account that several people lose their lives every single day in Ukraine, were incongruous. There is a lot of solidarity with Ukraine. I have not only written about it, but also said that in Kyiv, Maidan became the heart of Europe.

But in recent days, the heart of Europe was Paris. The fact that no such marches took place in any other European country, including Ukraine, does not indicate a hypocritical approach towards the Charlie Hebdo matter, but rather comes from differences in patterns of behaviour. Ukrainian women in Charków cooking soup for military and volunteers fighting against terrorists supported by Russia are also, in some way, participants of the march for freedom and solidarity. Maidan was, in its own way, a march for freedom as well. Both Maidan in Kyiv and Charlie Hebdo in Paris teach us the same lesson. We need solidarity in the face of evil and we need to fight for the freedom of speech at all cost. Without the freedom of speech, the world will surrender to terrorism and totalitarianism.

Today, it is necessary to bravely ask the question about how to increase security in Europe. There are a couple of important matters, also controversial ones, that have to be discussed, even in this difficult time. Also grieving, we should talk openly. Let’s not be afraid of disagreements and explanations. While presenting opinions, we should not fear differences. We should not attack one another, but rather try to find common solutions. It is important to remember that:

Firstly, it is necessary to separate migration issues from the fight against terrorism. Europe needs migrants. It should accept refugees, but within a holistic migration policy in which all countries are co-responsible for this issue – not only these that are the first destination of migrants and refugees.

Secondly, terrorism based on fundamentalism (40 years ago revolutionary, today Islamic fundamentalism) has to be separated from ideas and religion. It is not Islam that gives rise to terrorism, but evil people within Islam. We do not need hostility towards groups practicing different religions or sharing different principles, because hostility and prejudices lead to evil.

Thirdly, poverty and unsuccessful integration programmes do not result in terrorism too. They may cause social tension, conflicts, even rioting, but it is not terrorism. Therefore, we should not blame Europe for spreading terrorism.

Furthermore, the world we live in popularises reasons and justifications, behaviours and attitudes full of hatred – these notions are rooted in our daily language. In hate speech – not in the speech of humour, as it was in terms of Charlie Hebdo, but in the venomous words of everyday life, especially online. The Internet has its dark side. The Darknet of today constitutes cyber-crime, criminal organizations and hate speech.

Moreover, we need protection for human rights and privacy, as well as respect for civil liberties on the Internet. It is necessary to find a golden mean between safety and freedom. We must not limit freedom for the sake of safety but, on the contrary, freedom cannot be a reason to paralyse activities undertaken in order to increase safety, so also freedom. I know how difficult it is to reach this balance – how much trust we lack between citizens and authorities necessary to build this balance. But there is no other way.

Simultaneously, the work on regulations concerning the protection of personal data and privacy has to be completed. All obscurities connected with surveillance in USA need to be explained as well.

What is more, it is necessary to develop a legal framework and rules to conduct investigations in accordance with the law. Today, companies may offer us cryptographic solutions that may be used to protect our privacy on the Internet. But such encryption techniques are used also by offenders, and make it more difficult to identify them when they commit fraud or prepare terrorist attacks. The security services need to have the right to use decryption techniques, and it is necessary to establish transparent conditions for such actions in order to combat, for instance, the sexual abuse of children via the Internet more effectively.

In addition, in order to take proper preventive actions in the face of such threads as terrorism, we have to find a way to analyse data and assess the frequency of certain phenomena in accordance with data protection rules and the presumption of innocence. In the case of prevention, it is difficult to gather evidence and act accordingly to the principles of necessity and proportionality, even though we should try to do so according to the requirements of the Court of Justice of the European Union in the area of data storage.

The next important action that needs to be undertaken is the elaboration of a consistent rule concerning data transmission with respect to transportation and travelers (the so-called PNR – Personal Name Register) tailored to European standards. It would answer such questions as: where are we going, how we have purchased the ticket, with whom we are traveling, how often and what routes do we choose. The analysis of frequency of certain patterns of behaviour and events creates the prognosis of possible threads that may be checked.

Nobody wants to be treated as a suspect all the time. But, when the analysis process of data is combined with data elimination right after the data lose their qualification as connected with potential threats, and when the whole process is completed legally, it is worth considering. This is a good solution, because it makes it possible to limit data requirements in the face of data protection. This is also a good solution, because standardisation may bring data comparable in Europe and globally. This process is in progress in some part of the world. From the 1st of January, Mexico obliges airlines to share data with it. Europe will either have a prevention tool, or a mess. Personal Name Register and European agreements concerning this issue have to be under control of the European institutions, for instance, of the European Ombudsman.

Additionally, developing the Smart Borders systen is a necessity too. Smart Borders would provide us with data on border crossing, which is essential in taking into account statistics and prevention. Such a system poses no risk if the rules governing the gathering and storage of data are transparently stated within the legal framework.

Moreover, it is necessary to fight against hate speech on the Internet. Of course, any kind of censorship is out of question. In this respect, we have to promote good patterns of behaviour and disapprove of waves of hatred assuring the better organisation of civil dialogue. On the other hand, it is important to cooperate with the world of the Internet. Not in order to make network or content operators engage in any kind of censorship activities, but to make them sensitive to any acts of hatred and creating groups based on evil principles. They should be simply more sensitive to such behaviour. What they do with that is another story…

Last but not least, one of the key actions aimed at increasing safety might be a better, multisource data processing seen as a preventive measure. Proper services in the majority of countries have technological tools – they probably use them in praxis. These services should obtain transparent conditions determining their activity under control, and in accordance with legal procedures. By combining safety with freedom and respect for civil liberties, as citizens, we will be more confident about the services not pushing the boundaries, which, according to the fundamental rule of law, cannot be extended.

Could we try to discuss these arguments peacefully?

In such a way, we would honour the people who lost their lives in Paris. By building safety, we cannot forget about the pencils of the Charlie Hebdo draftsmen.