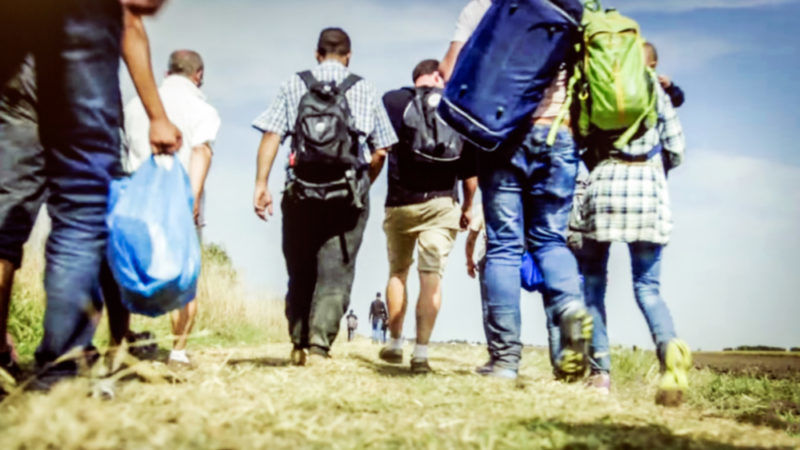 Will the EU’s legal and policy initiatives on managing migration from third countries ever achieve equal approval ratings among member states, NGOs and public opinion?  Not according to Solon Ardittis.

Solon Ardittis is Managing Director of Eurasylum and co-editor of ‘Migration Policy Practice’.

Since the outbreak of the so-called migrant/refugee crisis in 2015, few policy and programme responses set forth by the EU executive have proved able to reconcile the often contrasting interests and concerns of public authorities and civil society.

Two of the EU’s most emblematic programmes in this area, the EU-Turkey migration agreement and the Migration Partnerships Framework, aptly illustrate this point. While both of these initiatives have contributed to a very significant drop in the levels of illegal migration to Europe, they have also fuelled, and continue to fuel, systematic criticism from a wide range of NGOs and migration policy observers, who point to the severe human rights implications of many elements of these policies.

The problem and possible incoherence with such criticism, however, is that it overlooks the fact that major NGOs, in particular, are being consulted systematically at all stages of EU legal and policy formation in the field of migration, with their views and proposed revisions generally being taken on board by the EU executive.

It is therefore surprising to note the speed and energy with which many of these organisations, often on the basis of limited data and evidence, have been able to challenge each and every new policy initiative, to which they have usually provided substantial inputs at design stage, since the outset of the migration emergency in 2015.

The second point that needs to be stressed in this connection is that the outsourcing of key components of the EU’s border security strategy to third countries with a potentially poor human rights record has never been viewed as a preferred solution, let alone a panacea, by the EU authorities.

It has ensued largely as a result of the poor interstate cooperation and the lack of a common migration policy vision within the European Union, let alone the absence of any practical endorsement by member states of the very notion of intra-EU solidarity, as witnessed in particular by the resounding failure of the EU Relocation scheme.

This is in addition to the fact that the EU’s on-going efforts to manage the block’s external borders have stemmed largely from both increasing levels of illegal migration between 2015 and early 2017, worsened by their uneven distribution within the EU, and from the resulting discontent within public opinion and the increased adherence to populist political offerings, which have oftentimes had the potential of imperilling the EU’s political unity and stability.

In the field of immigration and national security, more perhaps than in any other sector, there cannot be a one-size-fits-all policy doctrine and emergency measures necessarily imply the prioritisation of certain concerns over others and therefore the adoption of a number of stopgap measures.

However, this is not to say that all the necessary safeguards should not be firmly in place.

If member states have come to the view that the EU’s immigration control strategy should be externalised in increasing measure, rather than managed internally through the adoption of a more self-reliant approach implying the mobilisation of all the necessary resources and goodwill from each and every member of the block, then they should at least be prepared to accept additional scrutiny over the outcomes and possible adverse effects of their strategy.

In particular, what the increasing outsourcing of the EU’s border security policy to third countries urgently requires is the establishment of a fully fledged set of fundamental rights guidelines and strict monitoring mechanisms to review the EU’s compliance with adequate human rights standards, the principle of non-refoulement and fair access to asylum procedures.

This could also entail, if necessary, the establishment of a formal joint committee made up of Commission officials, national and local government representatives, members of key civil society organisations and independent experts, whose task would be to monitor and alert on the effects of on-going measures, and to advise on future policy initiatives and revisions.

This is currently a very critical missing link in the EU’s external migration policy, and establishing it would at least contribute to breaking the ongoing dialogue of the deaf in this key policy area between European policymakers and civil society.

If human rights violations have been committed in the course of recent and on-going EU migration policies in third countries then they should be investigated formally and independently, and their findings reported widely and injected into immediate policy revisions.

However, it is unhelpful for allegations and condemnations ex facie alone to continue to obstruct current policy mechanisms, when viable alternative proposals are in extremely short supply and when every policy initiative prior to the adoption of the EU’s external migration policy strategy has shown its limits and shortcomings.