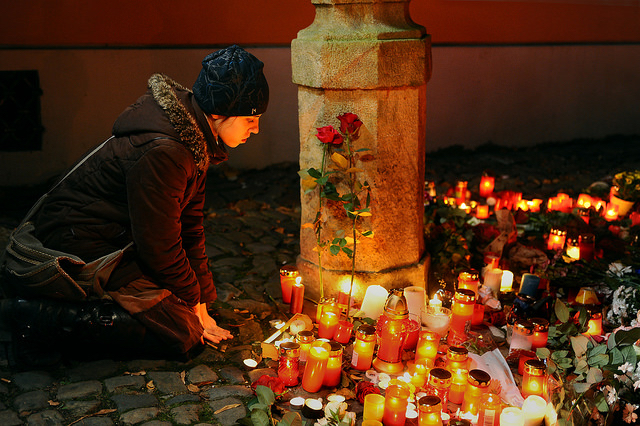 We have seen it before. Shall it again encourage Europe’s defense and integration?

Christophe Leclercq is the founder of EURACTIV, having lived and worked in Paris, New York, Cologne, Berlin, Moscow, and Brussels, cities affected by terrorism in the past. He writes after the Paris attacks, as France invokes the EU mutual defense clause, and before the special Justice and Home Affairs Council, on 20 November.

Events and public opinions require, in certain areas, less Europe – away from the old ‘EU ratchet’. And more Europe elsewhere. While ‘not throwing the EU baby with the bath water’, as some media and politicians would prefer. Solidarity, reinforced by terrorism, may support faster changes in ten areas, ranging from logical shifts in foreign policy, to geopolitical openings, and then some possible side effects.

1. Internal security: France’s état d’urgence is exceptional, and will be relayed by national and European security measures, though not quite as strong.  On the internal EU front, police and judicial cooperation will be strengthened, with small, focused encroachments to essential freedoms, keeping a rule of law. This requires just a few new laws, and chiefly more resources and training, ushering in a new mindset among judges, police and intelligence officers across borders.

2. Schengen + border controls: Put in place in 1995 after the ‘internal market’ of 1992, Schengen was never an all-EU policy, nor did it represent major progress for citizens. It is a strong symbol: lifting border controls rendered obsolete. But that aspect is questioned anyway, since the refugee crisis. The temporary controls imposed by some member states could become permanent. Going back to the early 1990s, this situation would not be a tragedy. We had free travel for citizens, and free movement of workers, albeit showing IDs briefly at customs. France and others are demanding action on the passenger name exchange (PNRc, a new Schengen border code, etc. Other facets of Schengen, like police privileges and data exchange, should be boosted. For the moment, Schengen is (wrongly but consistently) seen by national public opinions as an excessive opening to the world’s problems. It associates the EU with fear, instead of conveying a protective Community.  ‘Paris vaut bien une messe’, said Henry IV as he changed religions to ascend the throne. Europe’s integration and peace is well worth border controls.

3. Military cooperation: Whether NATO’s Article 5 is triggered by France or not, calls for joint action will increase. NATO’s limitations – notably veto rights worse than the EU’s own- will come to the fore, giving new impetus to common defense, including European forces, not involving all EU countries.

Geopolitical opportunities: Against ISIS, with Russia and Turkey

4. Syria versus ISIS: Regarding the current Islamist hot spot, emphasis will shift from removing Assad to removing ISIS. Russia advocates it: Should it be put off? More coordinated bombing is likely. But let’s not make the same mistake as the Americans, who invaded Iraq after they missed Ben Laden in Afghanistan. Or the same error as France and the UK in Libya. Terrorism will continue, requiring more than Western bombing: intense international cooperation. We had both attractions and hesitations vis-à-vis two large neighbours. Let’s overcome them.

5. Russian rapprochement: Europe cannot fight two Cold Wars at the same time, especially as it is not united against Russia. That country too needs peace, growth, and friends. Building on a progressively parallel approach to Islamist terrorism, Putin may seize the chance to get out of the Donbas cul-de-sac. He could settle with Ukraine, trading an old Soviet dream for foreign acceptance of Crimea’s annexation, plus cooperation on anti-terrorism and business investment.

6. Turkey rapprochement: Tackling terrorism moved up on the agenda of the recent G20 Summit. Whether the Erdogan regime is perfect or not, it is backed by elections, a must for any ‘alliance of civilisations’, and for NATO decisions. All this, despite its preference to fight Kurds than ISIS. The lifting of EU visa requirements for Turks is well overdue, does not amount to work permits or joining the EU, and comes with better refugee management. It’s a good deal, too.

7. Climate: Climate change is also an EU concern, behind its Energy Union. The Paris attacks triggers much appreciated solidarity. Security threats preclude the same mass landing of foreign VIPs on Paris as under ‘Je suis Charlie’.  The opening ceremonies of COP21 in two weeks will stand in its place, providing timely momentum for a UN climate deal. Of course there will be the psychodramas – the ups and downs of any negotiations. But which head of government would dare to turn down the final French-led compromise, and be ashamed in Paris?

8. Migration policy: Common evaluation is required since migrants have rights in all EU countries, but this has not progressed enough since the Tampere Summit in 1999. Increasingly, principle-based welcoming of refugees will be combined with assessments based on economic needs and cultural integration, like in Canada or Australia. The Schengen point above would help reassure, but not entirely prevent xenophobic debates. This demands decisive actions, not waiting.

9. Winning the UK referendum: By then, the Paris attacks may have faded, but the sense of solidarity in uncertain times may not subdue. Several of the Prime Minister’s demands can be papered over and presented as a win-win. The tough ones are social rights for EU migrants, and migration policy. The Schengen reform above could help (and even make it palatable for the Brits? Making it an all-EU ‘communautaire’ matter would also stop current discrimination against some EU citizens). Europeans feel closer when attacked, Britain chiefly, and it could even lead. Otherwise, some continental countries like France and Germany will push ahead with a ‘core Europe’, smaller than the eurozone, and again leave the UK with little say.

10. Transatlantic trade: It remains to be seen whether Western solidarity will sustain long enough to agree after long negotiations like data exchange and TTIP. On the former: we will not have a ‘Transatlantic Patriot Act’; but given the horrific attacks, the need for Western ‘snooping’ may balance proper privacy concerns. On the latter: trade is win-win too, with regulatory cooperation, but the US needs to win hearts and understand EU concerns, for example, with non-public jurisdictions. Let’s progress, without putting all our eggs in that basket.

Some ‘EU-correct’ readers may be dismayed by a few sacrifices I dare allude to. I probably agree with them on the goals, if not the tactics: Ttargeted retreats to regroup and be stronger’. In other words, if we need to sacrifice an ill toe or two, to save the whole body, let’s do it, as a healthy surgery.

Other readers would be encouraged by such reforms. The suggestions above are actually hopeful, all around the idea of a ‘protective and more efficient Union of States’. Combined with other elements like the eurozone and education, it could even be bundled as a new narrative for Europe. The European media has a special role to play. It’s up to all of us.

0 responses to “Fearless after #Paris: From solidarity to deeper EU changes, less and more Europe”