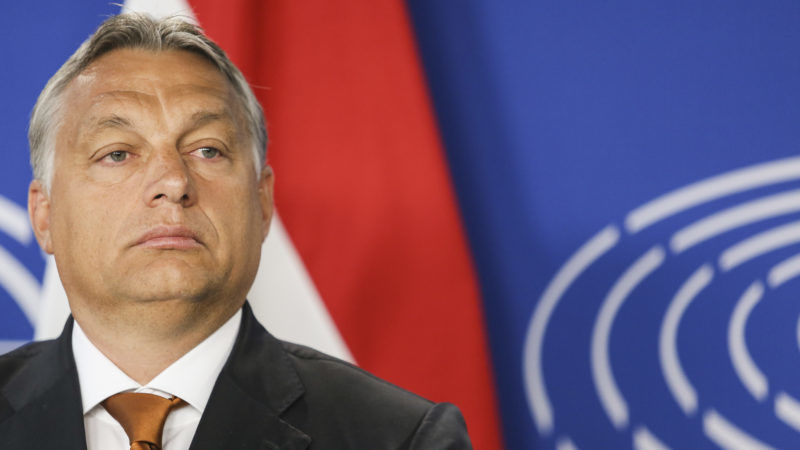 In a healthy democracy, anybody should be able to point out differences between what a government says it is doing and what it actually does. On 27 February, Hungary’s Justice Minister László Trócsányi addressed a hearing of the European Parliament Committee on Civil Liberties, Justice and Home Affairs (LIBE) on fundamental rights in Hungary. Trócsányi described Hungary as a democracy where debate and the exchange of ideas are free and where dialogue is very important. Civil society and NGOs, alongside government and European institutions, can contribute to solving the multiple crises facing Europe. His implied response to what he considered to be unnecessary scrutiny of his country was “Move on. Nothing to see here.”

Contrast these remarks with the government’s words and actions at home. Saying one thing in Brussels and doing another in Budapest is part of the government’s three-pronged approach to undermining independent criticism by non-governmental actors in Hungary’s domestic affairs.

First, overblown rhetoric is designed to foster fear and distrust at home by making targets of groups supposedly intent upon manipulating Hungarian politics. An example is how is how Szilárd Németh, deputy head of the ruling Fidesz party, and Prime Minister Viktor Orbán have attacked NGOs. They have also singled out the Open Society Foundations as one of what Orbán terms “large predators” which he vows to “displace” in 2017.

The second part of the approach is to take a conciliatory tone with international audiences, as exemplified by Trócsányi in Brussels. The justice minister said that Hungary would keep its legislation in line with the recommendations of the Venice Commission, the Council of Europe’s advisory group committed to the principles of democracy, human rights and the rule of law. Trócsányi did not mention that his government would introduce legislation to the Hungarian parliament on the foreign funding of NGOs as early as 7 March. That information only emerged after his address.

The casual hoodwinking of the European Parliament illustrates the third feature of the Fidesz strategy: speed of action. By moving quickly, the government is working to take advantage of groundwork laid at home, backed up by diplomacy in Brussels. As in 2014, when the government targeted recipients of European Economic Area grants that are administered by Norway, Budapest is hoping to outpace the European Commission.

The new regulations on NGOs look worryingly like another step in an incremental attack on civil society, with Russian-inspired legislation targeting “foreign agents” as a medium-term goal.

While it acts quickly, the government is methodical and anxious to appear to be acting reasonably and within the terms of the Venice Commission. While George Soros and OSF have been the targets of verbal attack, especially from the prime minister, the NGOs now under threat are also supported by foundations and public funds from the US, Switzerland, Norway, Canada, the EU and elsewhere.

It might seem premature to sound the alarm over a piece of legislation concerned with registering NGO funding sources. But this pattern is familiar from countries where civil liberties and pluralism have been undermined by autocratic governments – such as Russia and Azerbaijan. These regimes started their strategies gradually with rhetoric and intimidation to stigmatise and target individuals and groups that disagree with government policy or actions. Then came indirect restrictions, registration and audits, followed by direct legislation that eventually restricts all NGOs that are not sponsored by the government. Eventually, individuals and their actions are criminalised and pluralism is undermined.

Almost as an aside in Brussels, Minister Trócsányi claimed that the various actors at work in Hungarian domestic policy operated with varying levels of legitimacy. It was only the government that was elected by direct universal suffrage, he said.

To suggest that an entire organisation is illegitimate in a country because it receives even a small percentage of its funding from a ‘foreign’ source implies that any organisation that receives any funding from the EU or Norway or Switzerland or elsewhere is also illegitimate. It suggests that their right to advocate for change is therefore forfeit. The result is that only service-orientated, non-critical NGOs funded by domestic sources will be tolerated in future. That would silence civil society and keep political activity as the preserve of the government. When the government is the only institution that has legitimacy and it has a monopoly on political expression, then democracy dies. It is no coincidence that the Hungarian media has faced its own version of restrictive legislation that favours pro-government outlets and restricts dissent.

Civil society is not the opposition, but a healthy part of a functioning democratic society. When a government starts to treat NGOs as the enemy while telling the world there is no cause for concern, actions speak louder than words. The Hungarian government is testing the waters with moves towards autocracy. In contrast to Trócsányi’s placations, it is exactly now that Hungary’s partners in the European Union and beyond should be vigilant.