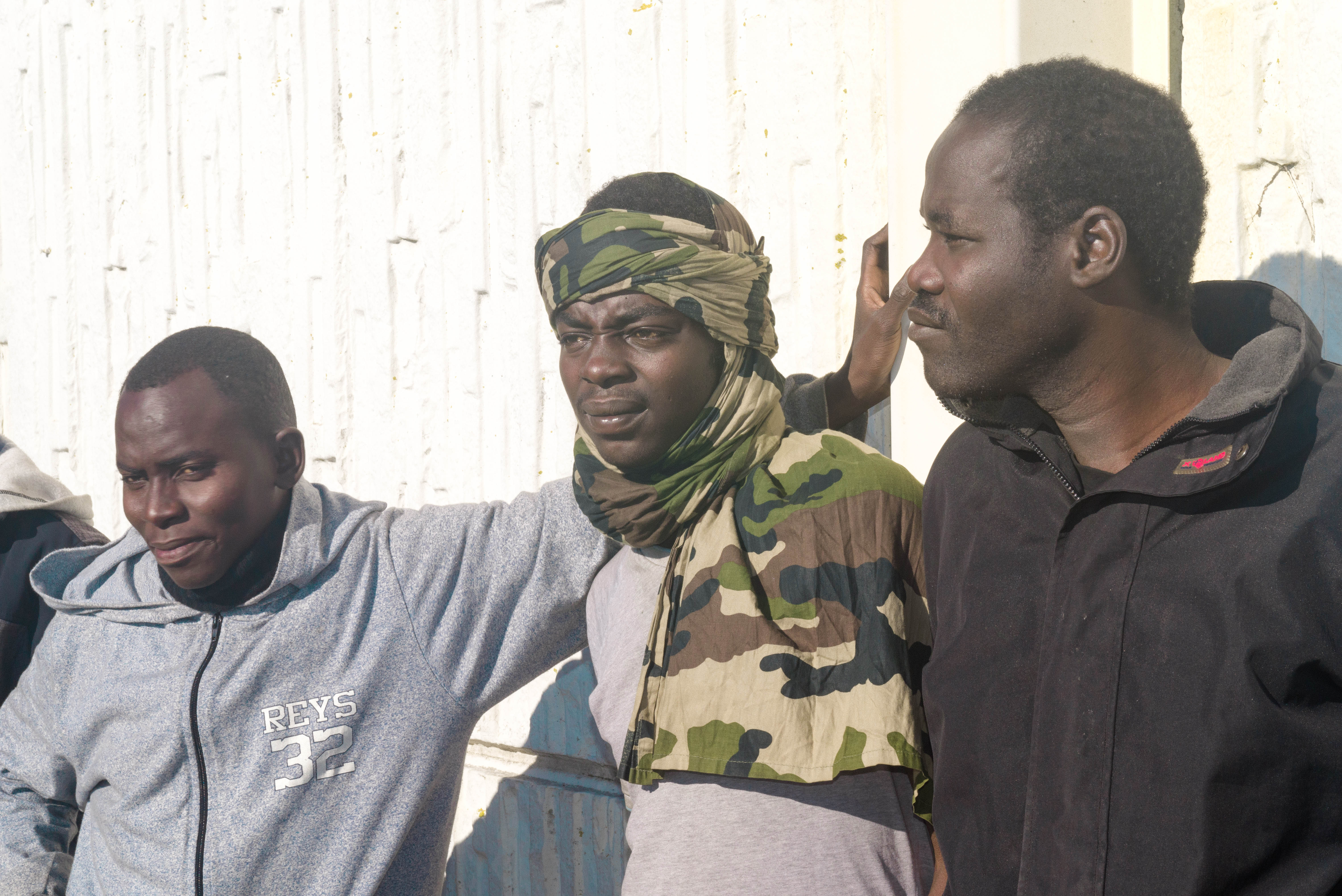 Migrants in the "Jungle" camp in Calais. [Stefan de Vries/Flickr]

There are an estimated 60 million distressed migrants in the world, and anti-migrant sentiment in some quarters is becoming increasingly visible, writes William Lacy Swing.

William Lacy Swing is the director general of the International Organisation for Migration (IOM).

We have seen some dark days in our world this year. In 2015 we have witnessed acts of sickening violence, the fury of nature, and – perhaps most poignant of all – the corpse of the baby boy, Aylan Kurdi, face-down on a Mediterranean beach.

But while the world is full of darkness, it is not surprising that so many cultures have created festivals of light. Hindus recently celebrated Diwali, and last month was Loy Krathong in Southeast Asia, where candles were set afloat to give thanks. Soon it will be the holiday season for much of the Western world. Lights are already twinkling everywhere, from Central Park to Bondi Beach.

In Ireland, a nation where many fled from poverty, war and famine, there is a tradition of placing a candle in the window during the holiday season, to remember the emigrants who now live far away. This tradition is now particularly apt, as thousands of families from the Middle East continue to seek a safe haven.

As an issue, migration defined 2015. It was a year of massive and rapid population movement. A typhoon in Vanautu, an earthquake in Nepal, a war in Syria, abuse in a number of countries, with nearly 900,000 migrants arriving by boat in Europe fleeing war, poverty, and persecution: the world was in foment and flux, from the mountains to the deserts to the oceans.

In an ignorant panic, sections of the media and society have sought to paint migration as a social evil: a divider of families and communities, a spawning ground for fanaticism. For the first time in many decades of watching, commenting and leading thought on migration, I have started to worry.

I see anti-migrant sentiment beginning to seethe. I see political malaise; an absence of courage, a bankruptcy of leadership and a paucity of moral sensitivity.

I see a one-sided debate focussing on fear, negativity and security. Where are the smiles of welcome from last summer? Where are the banners in football grounds declaring “Migrants Welcome”? I know they are there, and I know they will be seen again when we gather in cities and towns across the globe with candles of solidarity. The common sense and generosity of ordinary people, of communities made up of migrants and non-migrants, people of all skin colours, politics and faiths – that is what sustains me.

I truly believe that communities will continue to open their hearts and arms to embrace the weary and the oppressed. While some national leaders may cavil, the United Nations, informed by a global grassroots debate, has drawn a line under the importance of migration in its blueprint for human development: the Sustainable Development Goals.

Migration is firmly on the global agenda. The first United Nations side event on migration took place this year. A summit in Malta brought African and European leaders together around migration. In Asia, governments have gathered to seek a regional solution to the migration crisis in the Andaman Sea. Canada’s new government has sounded a clarion call, taking 25,000 thousand refugees in a rapid, regulated, and welcome mass intake.

I have often described our time as a perfect storm of humanitarian emergencies which factor in today’s unprecedented human mobility. Almost one out of every seven human beings on this planet, more than one billion people, is in some way a migrant. But almost 60 million of those are distressed migrants, forcibly removed from their homes, and the places they grew up.

Millions of others are migrants seeking opportunity in other countries, or elsewhere within their own countries, just as anyone else would.

What really makes this a perfect storm is the unprecedented hostility and fear this is engendering in so many places. What city cannot be said to have thrived from migrant enterprise? But to read the invective against these victims of war and violence, and see how it spreads so easily across the world, makes me worry about where humanity is headed.

Now is the time for safe, secure and legal migration throughout the world.

Many have been arguing for a long time that to address the issues around human mobility, we require the management of migration, with security for all involved. We must recognise that migration is the mega-trend of our time, and we need to treat it with seriousness, not smears, if we’re going to get anywhere.

Migrants are moving, and we need them just as much as they need us. But the world needs leadership in order to manage it in a safe, secure, and legal manner. It’s high time for mature societies to show that they’ll do what it takes for this marriage to work.

Yes, there is darkness. But we all have a little light. Let it shine.