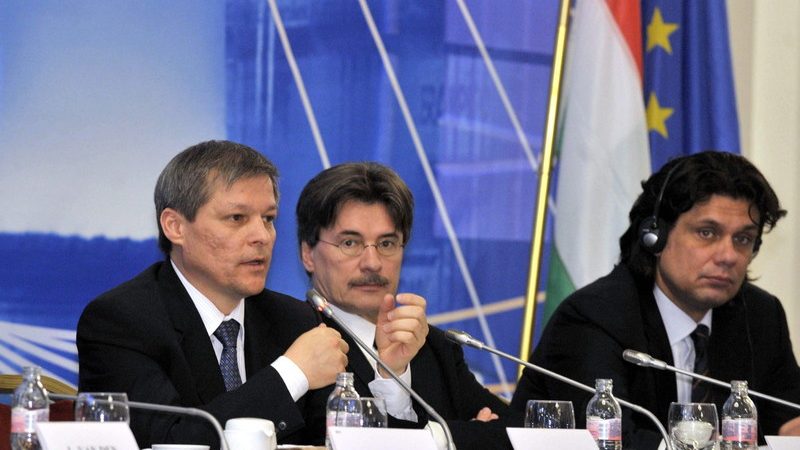 epa02065868 Member of the European Commission in charge of Agriculture and Rural Development Dacian Ciolos (L) of Romania speaks next to Director of ESPON Peter Mehlbye (C) of denmark and EPP MP Tamas Deutsch (R) of Hungary during the second day session of the meeting of the leadership of the European Parliamentary faction of the European People's Party in Budapest, Hungary, 04 March 2010. EPA/LASZLO BELICZAY HUNGARY OUT

The EU must stop using rule of law as a political tool, writes Tamás Deutsch, in response to Renew Europe’s leader Dacian Ciolos.

Not because it makes any sense. First, it is simply bad political judgement to think that the best way to facilitate consensus before a crucial summit dealing with delicate and sensitive issues is to stigmatise two Member States and insult their Prime Ministers. Second, if the president of Renew Europe really worries about the risk to the recovery of a whole continent from COVID-19, he might want to call the Prime Minister of the Netherlands – which shouldn’t be too difficult because they belong to the same political family. Third, Mr Cioloş is entitled to his opinion that EU funds are a price paid for the political subordination of net beneficiaries but an overwhelming majority of Hungarian voters clearly disagree.

What calls for an answer is the incredible arrogance that permeates the article. To his credit, Mr Cioloş must know something about the dangers of nationalism because his political career started in affiliation with Vatra Romaneasca, an ultra-nationalist outfit. However, he fails to understand that nations are not the enemies but the building blocks of European integration. A strong Europe is built on strong nations. I am European because of and not instead or despite being Hungarian. My national identity contributes to the identity of Europe. Without national identities no European identity exists.

Mr Cioloş also deliberately confuses rule of law with ideological debates and the financial interests of the EU. The Hungarian Government is committed to the principles of Christian Democracy with traditional Christian values and a sense of community in its centre. Mr Cioloş might not be aware but these are the very values on which the whole idea of European integration rests. The EU is not meant to finance or sanction political philosophies – it is meant to facilitate their understanding and cooperation. Mr Cioloş, most likely because he lacks attractive political arguments, is eager to exclude his opponents from the European family. By doing so, however, he reveals how little he understands what it takes to be a European.

As regards the financial interests of the EU, there are a number of institutions and instruments to protect them. Connecting them to rule of law related discussions does not make them any more effective. On the contrary, it gives the impression that at the end of the day the whole exercise is about money. For us, rule of law does not have a price.

Hungary cannot accept making the funds conditional upon political and ideological requirements, under the pretext of the rule of law. To this effect, the Hungarian Government received a clear political mandate for the forthcoming negotiations on the next Multiannual Financial Framework and the Recovery Resilience Facility from the National Assembly through its resolution of 14 July.

The EU must stop using rule of law as a political tool.