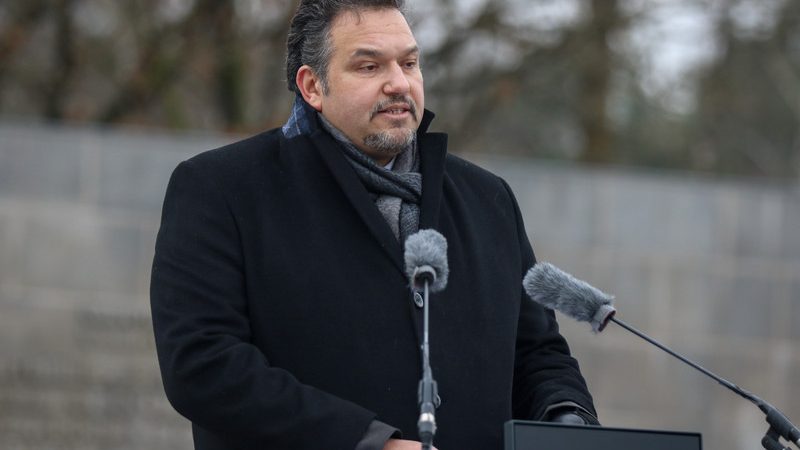 MEP: "In times of the coronavirus crisis, the problems of racism and scapegoating of Romani people by many, including by authorities in the member states, and of those without access to drinking water and sanitation facilities cannot be overshadowed nor ignored." [EPA/FOCKE STRANGMANN]

At a time when stricter measures, special checkpoints or additional police are used to keep Romani communities in isolation or quarantine, mostly in Eastern Europe, we must urge politicians to refrain from discriminatory measures and instead, invest in basic infrastructure to protect all from getting infected, writes MEP Romeo Franz.

Romeo Franz is an EU lawmaker of the Group of the Greens/European Free Alliance.

Without jobs, without any source of income, without money to buy food, without access to drinking water, many Romani people must find a way to support their families and this might lead them to ignore social distancing and moving restriction.

In times of the coronavirus crisis, the problems of racism and scapegoating of Romani people by many, including by authorities in the member states, and of those without access to drinking water and sanitation facilities, cannot be overshadowed or ignored.

The political narratives and actions focus on other very important issues such as economies of the member states and support to their endangered health systems.

But an important element for all corona-related measures is also the non-discriminatory access to support and emergency services.

In addition to the measures taken by governments to contain the virus, a plan of support for the most vulnerable should be developed as soon as possible, having as one of the main priorities, the provision of food and drinking water.

I am highly concerned about the increased racism in EU member states, mostly in Eastern Europe, in countries such as Slovakia, Romania, Bulgaria. We need a joint effort to urge politicians and authorities to refrain from hate speech and racist measures, and instead, invest in basic infrastructure to protect all from getting infected.

Therefore, as a Romani Member of the European Parliament, I strongly condemn racist measures and call on the national governments to do the same. I call on the national authorities to support all people and especially those who cannot sustain themselves because of lack of money and jobs.

Coronavirus shows us clearly that we need to fight more strongly against racism. Why?

Unemployment, school and geographical segregation, environmental discrimination, and lack of access to basic utilities are only some of the effects of racism, which make Romani people vulnerable in the face of the virus. This virus will go away, but I hope it will have given to many a stronger reason to treat all of our minorities as equals.

Solidarity, tolerance, understanding and empathy are only a few of the values that are making the EU great.

Now, more than ever, we have to practice them, as COVID-19 can hit anyone of us, regardless of the ethnicity.

Protecting the most vulnerable means protecting an entire society.