The Brief – Flattery by imitation 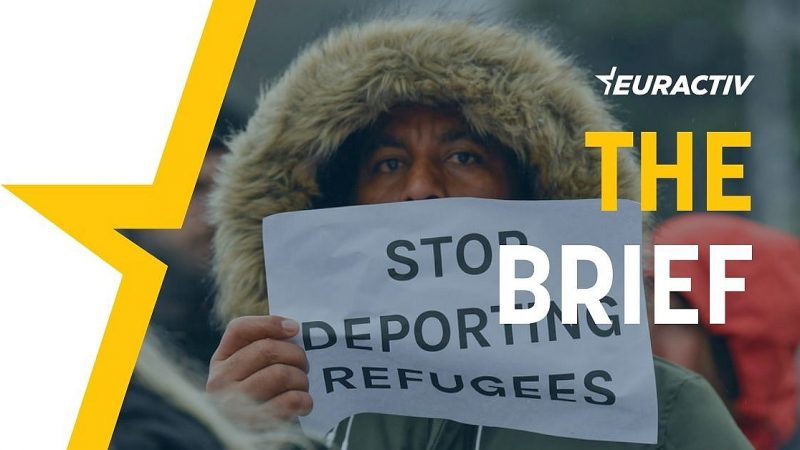 There’s no flattery like imitation, at least when it comes to migration control.

Taking their lead from aggressive migration control measures in Denmark and the UK, Lithuania’s parliament last week approved the mass detention of migrants and curbed their right of appeal, in a move meant to deter high numbers crossing into the EU from Belarus.

The new law bans any release of migrants from detention for six months after their arrival, curbs the right of appeal for rejected asylum seekers and stipulates that migrants can be deported while their appeals are being considered.

Draconian? Yes. An illegal breach of human rights? Quite possibly. The problem for the European Commission is that having itself vacated the moral high ground on migration control, and instead chasing its own short–term solutions, there is little it can do to stop member states acting with such impunity without being accused of hypocrisy.

After the Danish parliament passed the law allowing it to relocate asylum seekers to other countries outside the EU and opened talks with Rwanda about hosting a migration centre, a European Commission spokesman stated that the law risked “undermining the foundations of the international protection system for the world’s refugees.”

EU rules, the spokesman added, forbid “externalisation” of the right to asylum.

Yet in practice, the bloc drove a coach and horses through this principle when it agreed its multi-billion euro ‘cash–for–migrants’ deal with Recep Erdoğan’s Turkey in 2015.

The agreement with Erdogan may have seemed a good idea at the time, when large numbers of Syrian refugees were fleeing civil war and heading for Europe, prompting panic from many governments, particularly those in central, eastern and southern Europe.

But it established the idea that the EU was prepared to pay to keep migrants away from European soil, and the Commission has been quietly pursuing similar arrangements with a host of African countries ever since.

When Morocco dropped its border controls last month, allowing several thousand people to enter Spanish territory, the EU did not rush to condemn the move.

Last week, a new group of 133 asylum seekers from Libya, intending to travel to Europe, landed in Rwanda to be processed.

The painful irony is that the regime of Rwanda’s President Paul Kagame has brought relative economic prosperity but is among the most dictatorial and repressive on the African continent. His political opponents tend to land in prison or end up themselves seeking asylum.

The EU, meanwhile, can continue to pursue short–term migration control measures. Or it can abandon them in favour of a genuinely European approach to sharing the burden of migration. But it can hardly criticise member states for fine–tuning a policy that it patented.

Online disinformation targeting refugees and NGOs working with them acts as a “crucial nexus” between extremist far-right figures and mainstream politicians, a new study has found.

EU agriculture ministers gave their green light for the EU organic action plan on Monday (19 July) but warned that measures must be taken to ensure that supply matches demand, including via public procurement schemes for schools and public canteens.

Representatives of member states have endorsed the European Commission’s ambition to phase out cage rearing in the EU, but showed far less enthusiasm than the European Parliament and expressed concerns about the timeline of the initiative and the appropriate financial support for farmers.