The Brief, powered by APPLiA – Hanging on the telephone 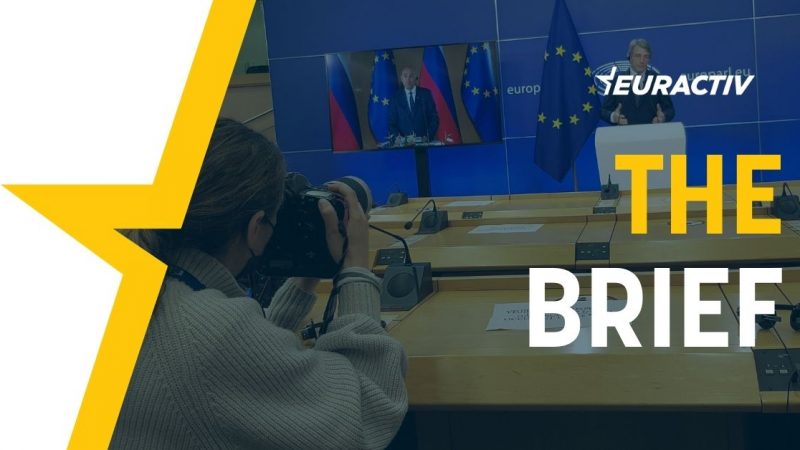 The EU’s latest bad boy, Slovenian Prime Minister Janez Janša, finally addressed the press corps in Brussels on Wednesday, if only for a dozen minutes and via zoom, at a joint press conference with European Parliament President David Sassoli.

A couple of answers, marred by technical problems – hardly enough to satisfy journalists keen to hear more from the man his critics call ‘mini-Orbán’ or ‘Marshall Tweeto’, references to his close links with the authoritarian Hungarian leader and his furious, no-holds-barred activity on Twitter.

As Slovenia prepares to take over the EU Council presidency on 1 July, Janša is courting controversy like never before. His invective against the country’s chief auditor, prominent journalists and the national news agency, STA, have earned him a degree of notoriety in the EU, including in his political family, the EPP.

For the record, Janša – a former journalist and anti-communism activist in the late 1980s – is not a Lukashenko-style dictator, though his SDS party has recently warned in a draft resolution of “leftist extremism” and a growing risk of civil war in the small former Yugoslav republic, citing what it said were left-incited anti-government protests.

But his threats against journalists, and his undying support for Donald Trump, as well as for Hungary and Poland, two other unruly EU members, have done little to boost his democratic credentials.

On top of that, while gearing up for his second stint at the EU helm (the first was in 2008), Janša is trying to stave off an impeachment bid mounted by four centre-left opposition parties, accusing him, among other things, of mismanaging the pandemic response. A colourful cocktail of woes.

“The technical aspect of Slovenia’s presidency will go well, but the political aspect… No one can deny that he just does not have the same political capital as other European leaders before him, he is just not upholding the basic European values,” said an EU diplomat familiar with the situation.

The latest evidence of this came when his government delayed appointing two prosecutors to the new European Prosecutor’s Office, headed by Laura Codruța Kövesi and meant to investigate misuse of EU funds.

The Slovenian association of prosecutors had already complained to the EU in March of “inadmissible pressure” coming from Janša while Codruța Kövesi told the leading Slovenian daily Delo earlier in May that these were not an encouraging sign for the Slovenian presidency.

Asked by EURACTIV about the delay, Janša replied that “we have some domestic problems with the procedure, but the issue will be on the government’s agenda tomorrow and we shall decide whether to repeat the procedure or continue”.

Wednesday’s press conference was marred by poor connectivity, leaving Jansa stranded with no sound or image at times.

But it still went better than his previous video address to the European Parliament in March, when he just hung up after he was not allowed to play a 15-minute video about the wrongdoings of the predominantly left-wing media in Slovenia.

The leaders of Poland and the Czech Republic met on Monday (24 May) to discuss solutions to the ongoing dispute around the Turów open-pit mine in Poland, which could see the Czechs drop their lawsuit in the EU’s Court of Justice.

Chinese Foreign Minister Wang Yi has said that attempts by some in the EU to politicise trade issues by slapping sanctions on Beijing are “not acceptable and will lead nowhere” and has rejected the West’s accusations that China is perpetrating genocide on its Muslim minority.

Despite the speculations about a Russian involvement in the forced landing of the Ryanair airliner in Minsk, given the importance of Russia, EU leaders who met in Brussels for a two-day summit decided to decouple the issues and concentrate on sanctioning Belarus.

Europe has made great progress in vaccination since the start of May and this is paving the way for societies to reopen safely, European Commission President Ursula von der Leyen said on Tuesday (25 May), but warned that progress must be consolidated so that we “stay one step ahead of the virus”.

Germany’s far-right Alternative für Deutschland (AfD) has selected two hardliners from the extreme right-wing of the party, Alice Weidel and Tino Chrupalla, as its top candidates for September’s election.

The European Commission approved on Tuesday (25 May) the German government’s plan to invest almost €1.1 billion in expanding its network in order to finally get to grips with the smouldering problem of so-called ‘dead spots’. EURACTIV Germany reports.

French citizens will be able to use the “TousAntiCovid” app from 9 June, the day sports halls and the interior of bars and restaurants are to reopen, to report their presence in establishments open to the public – and to be contacted if they have come across a person infected with COVID-19. EURACTIV France reports.