The Brief, powered by APPLiA – Passing the rule of law parcel 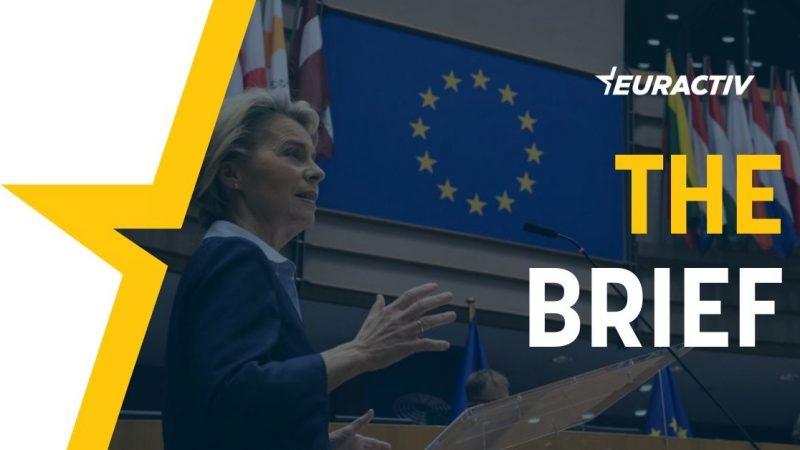 For such a supposedly all–powerful and overbearing institution, the European Commission isn’t half timid sometimes, even when it comes to defending what are supposed to be its own fundamental values.

As seasoned Brussels–watchers are only too aware, Poland and Hungary have been subject to Article 7 procedures for alleged breaches of Rule of Law since 2017 and 2018 respectively – primarily because of laws reforming the judiciary in Poland and, in Hungary’s case, primarily over media and civil society freedom.

And, as we well know, those processes have gone nowhere as the EU institutions have instead created their own version of a diplomatic game of ‘pass the parcel’.

Defenders of the European Commission pin the blame for this inertia on national governments, and that is partly true. Under the treaties, it is almost impossible to sanction a country without unanimity and Poland and Hungary have vowed to support each other. But that does not excuse the EU from abrogating its responsibilities.

The deal that signed off on the €800 billion recovery fund included a promise and a threat. The Commission would present guidelines on triggering the sanctions mechanism of the so-called rule of law budget conditionality, or the European Parliament would take it to court.

Radio silence has reigned since then and a group of MEPs are now prepared to read the riot act to the EU executive if, as seems increasingly likely, it misses its June deadline.

Warning that “a lack of action by the Commission by 1 June 2021 will be considered a ‘failure to act’”, the MEPs say this will leave grounds for the Parliament to bring legal action against the Commission.

The Commission, for its part, says it is waiting for the European Court of Justice to rule on whether these conditions are legal, in yet another example of passing the buck.

Considering the tens of billions of euros that governments, including Poland and Hungary, are set to receive, it is not unreasonable that MEPs and EU governments – particularly those who contribute far more to the EU budget than they get back – insisted on a strong link between the rule of law and the disbursement of EU funds.

In the meantime, Germany’s Europe minister, Michael Roth, together with his Portuguese and Slovenian counterparts, the current and next holders of the EU Council presidency, has proposed two mechanisms to protect and strengthen the rule of law across the bloc. Let’s not hold our breath.

Of course, the Commission finds itself between a rock and a hard place. At the same time, however, if the EU executive is not going to do its job and stand up for the bloc’s values, who else do they think is going to?

EU leaders approved on Tuesday (25 May) Europe’s COVID-19 Certificate, aimed at facilitating travel across the bloc, following months of discussions with the European Parliament and the Commission.

Germany harbours ambitions to become one of the world’s leaders in blockchain and has recently taken stock of its near two-year-old strategy to boost adoption of the pioneering technology, the first of its kind worldwide. EURACTIV Germany reports.

The European Commission’s executive vice-president, Valdis Dombrovskis, has argued that the provision of liquidity to the debt markets for “too long” in the European Union could result in “fiscal risks” and that therefore the EU’s rules on budgetary discipline are to be reactivated in 2023.

Western powers prepared to pile sanctions on Belarus and cut off its aviation links on Monday (24 May), furious after it scrambled a warplane to intercept a Ryanair aircraft and arrest a dissident journalist, an act one leader denounced as ‘state piracy’.

Finally, don’t forget to check out our weekly Transport Brief.

One response to “The Brief, powered by APPLiA – Passing the rule of law parcel”