The Brief, powered by ESA – Contracting out asylum 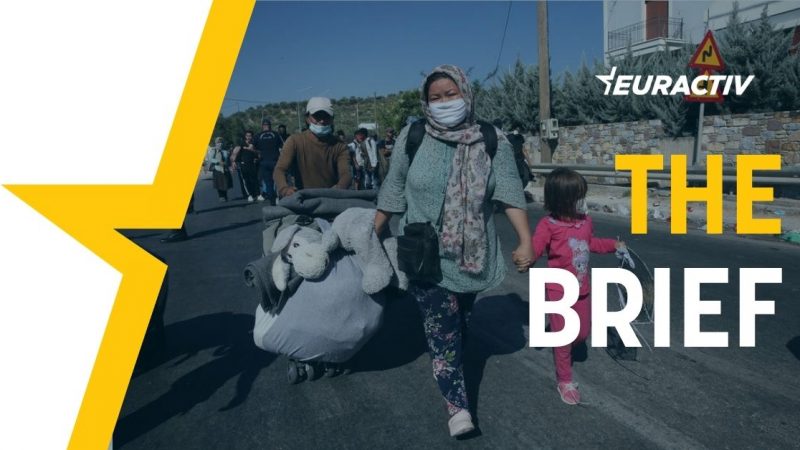 With the EU’s latest plans for a pact on migration and asylum making little more progress than their predecessors, member states are taking matters into their own hands and not just the usual suspects.

Contracting out asylum claims to third countries is the latest plan for governments intent on strictly controlling migration. Progressive, socially liberal Denmark is reported to be in the process of negotiating with Rwanda offering aid funds in exchange for hosting asylum centres.

As so often, the European Commission has been ponderously slow in responding to a blueprint that could rip apart what remains of its common asylum policy.

EU rules forbid “externalisation” of the right to asylum, though the Danes are likely to cite an opt-out which allows them stay out of EU measures on immigration and asylum policy, notably the Common European Asylum System.

After the Danish parliament passed the law allowing it to relocate asylum seekers to other countries outside the EU, a European Commission spokesman stated that the law risked “undermining the foundations of the international protection system for the world’s refugees.”

Using the bland language of bureaucracy, the Commission has said that it will “analyse” the Danish bill, while home affairs commissioner Ylva Johansson, remarked that “a system aiming for external processes outside the EU instead of protecting the right to apply for asylum in the EU would send a strong and wrong signal to the outer world.”

The governments in Sweden and Finland, however, have dissociated themselves from Copenhagen’s plan, and the UN Refugee Agency, UNHCR, has also expressed concerns that human rights will be left unprotected. Paul Kagame’s Rwanda has been repeatedly condemned by international agencies for human rights abuses.

In the meantime, the idea is becoming increasingly mainstream. Austria’s interior minister has described the Danish law as “compelling”. Norway’s Labour Party, though currently in opposition, supports ‘externalisation’ of asylum processing.

On these pages, Tomas Tobé, a centre-right MEP who chairs the European Parliament’s Development Committee, commented that debate on the external dimensions of migration and asylum, including effective ways to address the root causes, should not be a taboo in the EU.

Keen to follow the lead of the Danes, in the coming days UK Home Secretary Priti Patel is expected to reveal a Nationality and Borders bill that will allow the UK to hold asylum seekers in Australian-style offshore processing centres.

Patel is also reported to have opened talks with Denmark over sharing an asylum centre in Africa.

The Danish asylum plan is, in part, the product of years of inertia at EU level on immigration and asylum. If the EU executive does not move far quicker than it appears capable of in stamping out outsourced asylum, this battle will be quickly lost.

Europeans have low trust in technology and this might hamper the uptake of emerging technologies, the European Commission’s Executive Vice President Margrethe Vestager has warned.

European Greens have been disappointed with the first steps in the EU’s Green Deal implementation but despite recent criticism received from Commission Vice-President Frans Timmermans, they have expressed readiness to continue working with him on shaping the bloc’s green agenda.

Global advocacy organisation Avaaz is calling for a “Paris Agreement for Disinformation”, after research it conducted found significant failings in the efforts of Facebook, YouTube, Twitter, and Instagram to tackle COVID-19 disinformation since the pandemic began.

The world’s largest chemicals company, Germany’s BASF, has forged partnerships with energy groups Vattenfall and RWE to build its own offshore wind farms in a bid to secure sufficient amounts of renewable energy for its chemical plants in Northern Europe.

The Georgian parliament approved amendments to the electoral code late on Monday (28 June), a key provision in an EU-brokered political deal meant to resolve the institutional crisis in the South Caucasian country with strong European aspirations.

Policymakers across Europe have wrestled for many years with the question of whether and how schools discriminate or disadvantage certain ethnic groups, and how to mitigate this.

In less than 15 years, Volkswagen, one of the world’s largest car manufacturers, will stop selling internal combustion engine vehicles in Europe. Instead, the German automobile giant will shift its focus to electric cars. There’s no doubt that the move is spurred in part by EU regulations, which have forced manufacturers to produce cleaner vehicles, often against the backdrop of industry protest. Find out more in today’s Transport Brief.