Far from taking the refugee issue away from the far-right, the EU’s new migration policy plan will simply hand the far-right a grievance it can exploit for years to come, writes Faisal Al Yafai.

Faisal Al Yafai is a frequent commentator on international TV news networks. He has worked for news outlets such as The Guardian and the BBC, and reported on the Middle East, Eastern Europe, Asia and Africa. He contributed this op-ed for the Syndication Bureau, an opinion and analysis article syndication service that focuses exclusively on the Middle East.

Against the backdrop of a Maltese fort that withstood an attempted Muslim invasion in the 16th century, the interior ministers of four European Union countries last month outlined a new system for allocating migrants rescued from the Mediterranean.

The plan, agreed by France, Germany, Italy and Malta, and announced at Fort St Angelo in Malta, will see migrants automatically relocated to other EU states, where their request for asylum will be processed. Next month, the plan will be presented to all 28 EU states, in the hopes that others will sign up.

French President Emmanuel Macron and the Italian Prime Minister Giuseppe Conte said they wanted a solution that would apply across the European Union, so that the issue would no longer be a political football. “Migration,” said Conte, “must no longer be a theme of anti-European propaganda.”

But the effect of this new policy will be precisely what he seeks to avoid. It will prove to be a gift to the far-right. Instead of curbing the inflammatory power of migration as a political issue and assuaging the concerns of communities across the EU, the migration deal takes a border issue and elevates it to a central schism in the Union.

At a stroke, Italy and France have handed Eastern Europe and far-right groups across the continent a weapon they can wield for their own domestic purposes.

This is not the first time Brussels has tried to push through rules on refugee relocation. In 2015, a plan to impose refugee quotas on all EU states was bitterly opposed by the eastern member states, particularly the so-called Visegrad Group, comprising the Czech Republic, Slovakia, Hungary and Poland.

The EU tried to force it through regardless, leading to years of bitter wrangling. By last year, the mandatory quotas idea had been quietly dropped.

This new plan does not mention mandatory quotas, but its architects are clear they intend it to be “automatic.” Macron, in particular, has said that any EU countries refusing to participate would be “seriously penalised.”

That will infuriate the eastern bloc, which sees migration as an issue of identity and sovereignty. For them, it is more straightforward: they do not want African and Middle Eastern migrants. They do not believe in the liberal values that offer refuge to such large numbers of them.

Not only that, they feel that they, the poorer nations of the EU, are being forced to pay for the liberalism they do not espouse. And if Paris and Rome won’t take the migrants in, why should Budapest or Warsaw?

Broadly speaking, western European countries of the EU and those that joined after enlargement in 2004 differ on some significant issues, usually over the role of religion, identity and cultural assimilation.

They also see the EU very differently. In general, the eastern member states do not want EU membership to change their countries or remodel them in the image of the Netherlands or Sweden. They joined the EU to become more prosperous and safer from Russian influence.

A migration policy that forces EU countries to accept migrants – and, not to mince words, migrants from predominantly Muslim countries – looks a great deal like the center dictating to the periphery and trying to change its culture.

Worse, this deal has been cooked up by the EU’s three most powerful countries (the UK, weeks away from leaving, is increasingly irrelevant), and its primary purpose is to stop Italy from drifting toward the far-right. To halt that slide, it seems the EU is willing to do anything, even ride roughshod over its eastern members and what they regard as their culture.

Far from minimising the issue and removing it as a political football, then, a migration policy that imposes migrants on to any country becomes an excellent rallying cry for every anti-EU or Islamophobic political group. Instead of confining the issue to Italy, Malta and Greece, it has been exported across the entire Union.

This is the result of the widespread and sudden mass movement of people sparked by the Syrian civil war. Indeed, so serious are the consequences of the migrant crisis across the political landscapes of European and Middle Eastern countries that it requires its own political terminology. 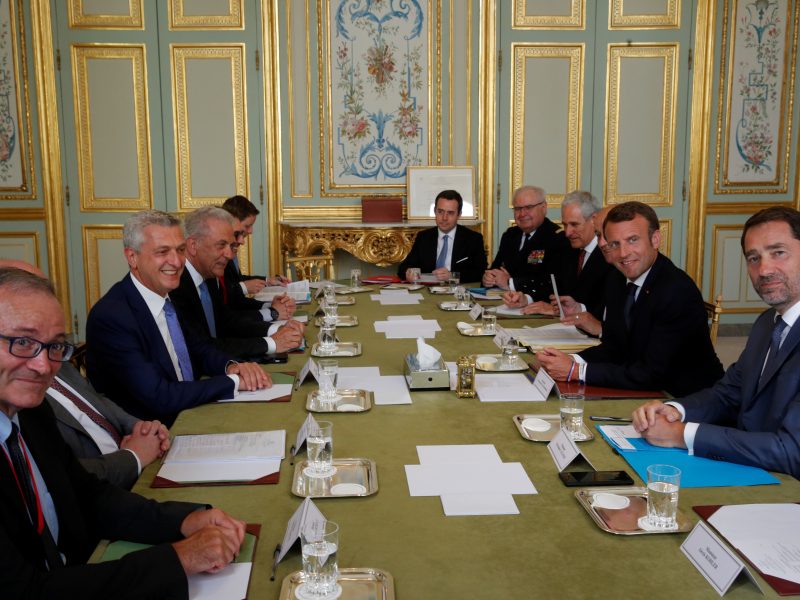 In Europe, the refugee issue has handed the political right-wing a way of rearranging the domestic consensus to suit itself. In Britain, the issue was a defining feature of the Brexit campaign and may yet be used to remodel Britain’s economic orientation.

In France, Macron has used the refugee issue as a way of taking ownership of the separate issue of immigration, taking it away from the far right and into the political centre.

In Hungary and Austria, it has been used to spearhead a more conservative, nationalist vision. As well as railing against the EU and Muslims, Hungary’s governing party has also attacked childless Hungarians as abnormal; anti-migrant sentiment is just the thin edge of the conservative wedge.

It has even changed the EU institutions themselves. When incoming European Commission president Ursula von der Leyen created a role that included migration and security and named it “vice-president for protecting our European way of life,” the message came through loud and clear: Marine Le Pen, leader of the far-right in France, said the very name was an “ideological victory.”

No political grouping has gained as much from the migrant crisis as the far-right. When Conte met the French president last week, he said Europe had to “turn the page” from the emergency management of migrants towards a structured system – implicitly accepting that unregulated migration into Europe is the new normal and cannot be stopped, only managed.

For the EU, managing it means helping southern countries at the expense of those in the east and pressuring its eastern members to change their societies.

But this arrangement will not turn the page, it will only embolden the far-right and vindicate what they have been saying about high-handed diktats from far away in too-liberal Brussels. Far from taking the refugee issue away from the far-right, the EU’s new migration policy will simply hand the far-right a grievance it can exploit for years to come. 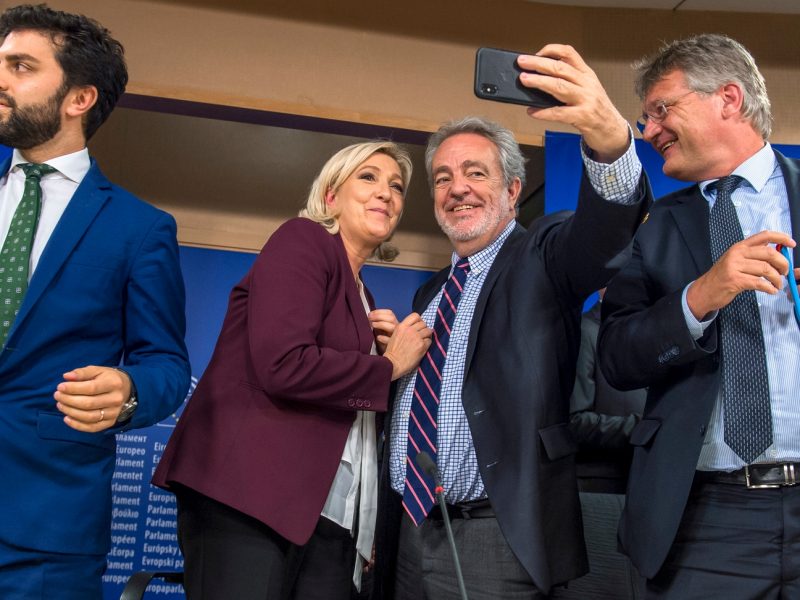