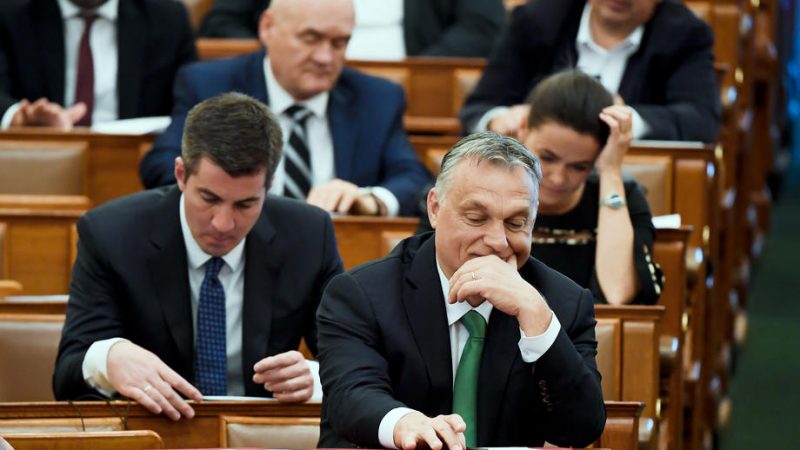 The Hungarian government wants to convince the world that Hungary is a victim of an “orchestrated political offensive” that has wrongly accused it of launching an emergency to consolidate a dictatorship. In “The Moment of Truth,” Justice Minister Judit Varga announced that the state of emergency has now been lifted, making Hungary like other EU countries. Everything is back to normal.

Yes, the Hungarian Parliament last week repealed the law that gave outsized powers to the government, allowing it to override laws by decree with no time limit. The Hungarian government was facing EU budgetary sanctions so it retreated.

But the state of emergency is not over. Just when the Hungarian Parliament repealed the law that gave the government those extraordinary powers, it passed another law that gave back the same powers, with even fewer constraints.

The Orbán government ended the first pandemic emergency on 17 June with Decree 282/2020 – but then it immediately declared a new medical state of emergency in Decree 283/2020, issued on the same day under the new legal authority.  The new emergency started the minute the old emergency ended. Hungary is therefore still under a state of emergency that the government controls absolutely and indefinitely.

The new emergency powers are buried in a 247-page technical law (Law XII of 2020) that creates a new state of emergency under the Health Act rather than, as the constitution requires, under the constitutional framework for emergencies that provides for checks and limits. The new “state of medical emergency” can be declared by the government without additional parliamentary authorization. The Parliament has no power to cancel the emergency; that is entirely up to the government, as before.

To respond to criticism, the new state of emergency is limited to six months. But the government is given the power to extend the emergency indefinitely, something that the government has already done with a previously created “state of migration emergency” first authorized in 2015.

The new emergency is no better than the one that was cancelled, and may be worse.  In fact, it permits nearly everything that the prior emergency allowed.  The government has already issued decrees under the new law that, for example, keep military commanders directing all hospitals but now, to handle the threat of pandemic, the new law gives the military the power to use weapons inside the country against civilians “up to but not including death.”

Both emergency bodies have members that are not part of the regular cabinet and they have no obligations to report to Parliament or, for that matter, to explain to anyone what they are doing.   These two emergency bodies replace the constitutionally authorized body, the cabinet, and operate outside of any accountability mechanisms. Assisted by these two extra-constitutional bodies, Prime Minister Orbán now runs everything that matters in Hungary.

The Parliament still meets, and in fact it never stopped. Occasionally parts of the pandemic emergency response, originally announced as temporary, have been incorporated into law. The redirection of tax revenues from a city council controlled by the opposition to a county council controlled by the governing party has now been made permanent by statute. But Parliament cannot stop the emergency.

The law criminalizing the distribution of “fake news” is still in place, and the packed Constitutional Court has found it constitutional.  So far, at least 130 arrests have been made under this law.  The government has not targeted journalists but instead is punishing their sources so that journalists cannot find out the true story of the pandemic.

The pandemic in Hungary is indeed less destructive than feared.  But this has not been due to the actions of the government.  In fact, virtually all countries in the former Soviet world have done better than expected.  Scientists believe that the routine administration of the BCG vaccine seems to have some preventive effect, in addition to the relatively low number of people over 80. On the other hand, the extremely high mortality rate is due to the fact that the government invests more in football stadiums than in hospitals.

If the pandemic in Hungary is under control as Minister Varga claims, then why declare a new emergency outside the Fundamental Law’s emergency regime – or at all?   One can only infer that Prime Minister Orbán wants to keep his dictatorial powers.  The international criticism was right the first time.  Orbán has created an autocracy that will not be stopped.  The Hungarian emergency is not an ordinary or targeted measure in a democracy.  Instead, it has destroyed democracy altogether.

3 responses to “The Moment for Lies”