The Parliament and the Rule of Law: an elephant in a china shop 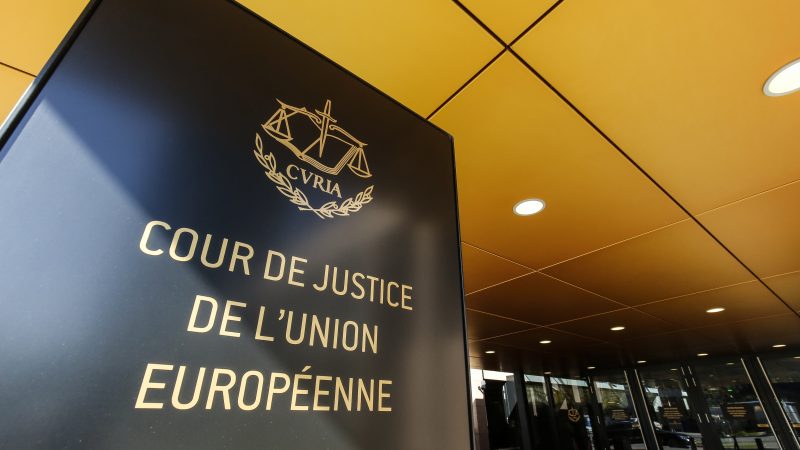 The European Parliament is going beyond its mandate in its pursuit of punishment for Hungary, writes Judit Varga. EPA-EFE/JULIEN WARNAND

The European Parliament is going beyond its mandate in its pursuit of punishment for Hungary, writes Judit Varga.

The Sargentini judgment is now public. The issue before the Court of Justice was whether the European Parliament complied with the voting rules when it decided to launch the Article 7 procedure against Hungary. The Treaty prescribes that in such a specific procedure, the EP must achieve a two-thirds majority of the votes cast, and at the same time a majority of its component Members must vote yes, for a resolution to be approved. The Court ruled, however, that abstentions do not count as votes cast.

It took the Grand Chamber almost three years to rule on this seemingly simple case. The main reasoning comes down to a referral to the Advocate General’s opinion: “As there is no legal definition of votes cast, one should apply its usual meaning, which covers only a positive or negative vote. Since abstention means a refusal to adopt a position, it cannot be treated in the same way as a vote cast.” The problem is that the EP’s own Rules of Procedure claims that at a vote, “account shall be taken only of votes cast for and against, except in those cases for which the Treaties lay down a specific majority” – which is exactly the case here.

When an MEP sits at the voting machine, he or she can cast three types of votes: for, against and abstention. The Court, however, accepted the AG’s argument that a person who abstains during a vote “simply wishes (or behaves as if) he or she were not there at all.” Anyone who has negotiated their way through the drafting of a voting list knows exactly why MEPs value abstention. The slight nuance of not agreeing to an initiative, while at the same time not having the will or political support to oppose it, offers a way to block it without having to bear the negative consequences. This is what abstention is for, and it is this opportunity that those MEPs who abstained were deprived of.

There were numerous MEPs who disagreed with the Sargentini report, but in such a manipulated and exaggerated political atmosphere, which surrounded Hungary at that time, only some of them had the audacity to vote against it. Unfortunately, this is today’s reality: Those who stand up against migration are exposed to political blackmail or cancel culture.

Even Judith Sargentini, the rapporteur herself, was aware of the risk of abstentions, so she elegantly advised MEPs wishing to push the “0” button at the vote to leave the room and have a coffee so that their votes would not be counted and thus a smaller majority would be sufficient. Why would she have wanted abstainers outside the hemicycle when their votes would not be counted anyway? The reason is obvious: She feared that abstentions – as valid votes – would have endangered the adoption of her report.

Still, the question in front of the Court was a simple procedural issue: Should abstentions count as votes or not. The Grand Chamber of the Court needed almost three years to come out with a rather dry grammatical interpretation. Knowing the Court’s heavy caseload, it is no wonder that even the simplest issue needs years before a ruling can be handed down.

It is within this framework that the EP’s demand for an expedited procedure in the case concerning the annulment of the so-called budget conditionality regulation should be understood. The December political deal reached in the European Council guarantees that Member States cannot be financially blackmailed. The legality of the regulation, however, is still questionable on many accounts. Any new mechanism that would penalize alleged shortcomings in the rule of law would go beyond the Treaties and infringe upon legal certainty. Without a precise definition of the rule of law and guarantees of a fair, impartial and objective procedure, a sanctioning mechanism cannot comply with the rule of law. Therefore, Hungary and Poland seek to annul the regulation at the Court. The fact that already ten Member States intervened shows that it is far from a simple procedural issue that should be settled hastily.

The minds of European federalists and of those longing for a United Nations of Europe, however, are set on one thing: Those who do not fall in line should be punished. This has been clearly expressed in the EP, where one liberal MEP stated that Hungary deserves to be punished, even if its measures are not unlawful. Similarly, a member of the Commission confirmed that the Regulation was crucial to punish States that do not fall in line. The EP went as far as to suggest that since the Commission is not the only guardian of the Treaties, the EP shall intervene when it sees fit.

But even this is not enough. In its conceited omnipotence, the EP wanted it all. As a self-elected knight of the rule of law, it behaves like an elephant in a china shop. Having fallen victim to its own crisis of identity, it wishes to become the prosecutor, the judge and the executor. It threatens other institutions, assumes their role and thereby undermines the people’s trust in European Institutions. It drafts guidelines for the Commission, criticizes the Council and instructs the Court. By demanding an expedited decision, the EP put the Court under unprecedented political pressure in order to push its own agenda forward. Regrettably, the President of the Court deemed for some inexplicable reason that it will best serve the interest of the parties if the case was dealt with rapidly – exactly how the EP demanded. What is more, according to the rules, the parties may not submit written pleas, their only possibility will be to present their arguments at the hearing.

Be that as it may one thing is certain: the Sargentini ruling did not render the falsehoods contained in the report true. It only rendered the will of those MEPs void who refused to play part in a witch hunt and, by doing so, it infringed upon their right to vote as they see fit as members of that body and representatives of their constituents.

In the Sargentini-ruling, the Court followed the wish of the EP. By ordering an expedited procedure in the conditionality regulation, the Court followed the demand of the EP. We can only hope, however, that judges do not give in to political blackmail and even in an expedited procedure will weigh all arguments in detail and with due care and consideration.

3 responses to “The Parliament and the Rule of Law: an elephant in a china shop”